When the storm of the mutiny of British Indian Army broke out in 1857 over northern India, for a few months, the fate of British Empire in India hanged in balance. Different parties chose the sides according to their own history, geography, social issues and also the personal interests.

Punjab remained mostly peaceful. Though a few regiments based at Lahore, Sialkot, Jhelum and Mardan mutinied. But due to lack of coordination, distance from the main centres of rebellion and above all the total lack of sympathy, even hostility towards soldiers of Indo-Gangetic plains, ensured that they were suppressed most brutally by the British. People of Punjab chose to side with British, whether Muslims or Sikhs, albeit because of different reasons. Muslims were happy with the British, who freed them from the oppressive rule of Sikhs in 1849. While the Sikhs were treated generously by the British and their states in eastern Punjab were most loyal to the British Raj. Moreover, they were most happy to fight against the hated Mughal emperor of Delhi. Needless to say that both of these parties were also eager to exploit the opportunities to plunder the great cities like Delhi and Lucknow. Similarly the pushtuns of the frontier regions also sensed the direction of wind and enthusiastically embraced the cause of the Britsh. Keep in mind that, it all was happening in 1857 and the concepts of Indian nationalism had not taken roots among the ordinary people as yet. For example, Rani of Jhansi, was not in the field to liberate India, she had more personal issues of her own state and personal scores to settle with the British.

So everyone in Punjab, with some standing, was eager to make new rulers happy and in consequence extract some favours. However, there was one exception and that was of Rai Ahmad Khan Kharal. The trouble probably started when the British administration of Gogera, the district headquarter at that time, tried to convince Kharals to join their war efforts to suppress the mutiny in Delhi and beyond. Ahmad Khan Khral refused to cooperate with the British and this led to a clash between the two sides.

First clash came on the night of 26 July, 1857, when Kharals attcked Gogera jail and freed all the prisoners. The British in retaliation started arresting people and burning the villages along the both banks of river Ravi, in the present day districts of Okara and Faisalabad, the homeland of Kharals. Ahmad Khana Kharal himself was active in vast area but it was not easy for a local chief to continue an armed struggle against the power of a powerful state. As usual there was no dearth of traitors, who were providing valuable information to the British. It was no other than a Khral itself, the Sarfraz Khan Kharal of Kamalia, who divulged all the plans to the assistant commissioner of Gogera Lord Berkley. He assembled a force and attacked Ahmad Khan Khral, based in woods at Gashkori. Ahmad Kharal fought valiantly and repulsed the first attack of the Brekley. But Berkley was lurking in the nearby woods and finding an opportunity and killed Ahmad Khan Khral, while he was offering Zuhr prayer. This incident happened on 10th of Muharram of that year, that corresponds to approximately 30 August, 1857. (I cannot confirm it.)

Tomb of Rai Ahmad Khan Kharal is located at 31° 04' 28.50" N, 73° 20' 01.70" E, in district Faisalabad. It is not easy to reach this place as the network of roads mostly consists of local roads, leading from a chak to another. So roughly speaking, travel to Tandlianwala, a town 50 kilometers south of Faisalabad. From here ask the directions for Jhamra, the town of Ahmad Khan Khran Kharal, his tomb is 5 kilometers away from Jhamra. 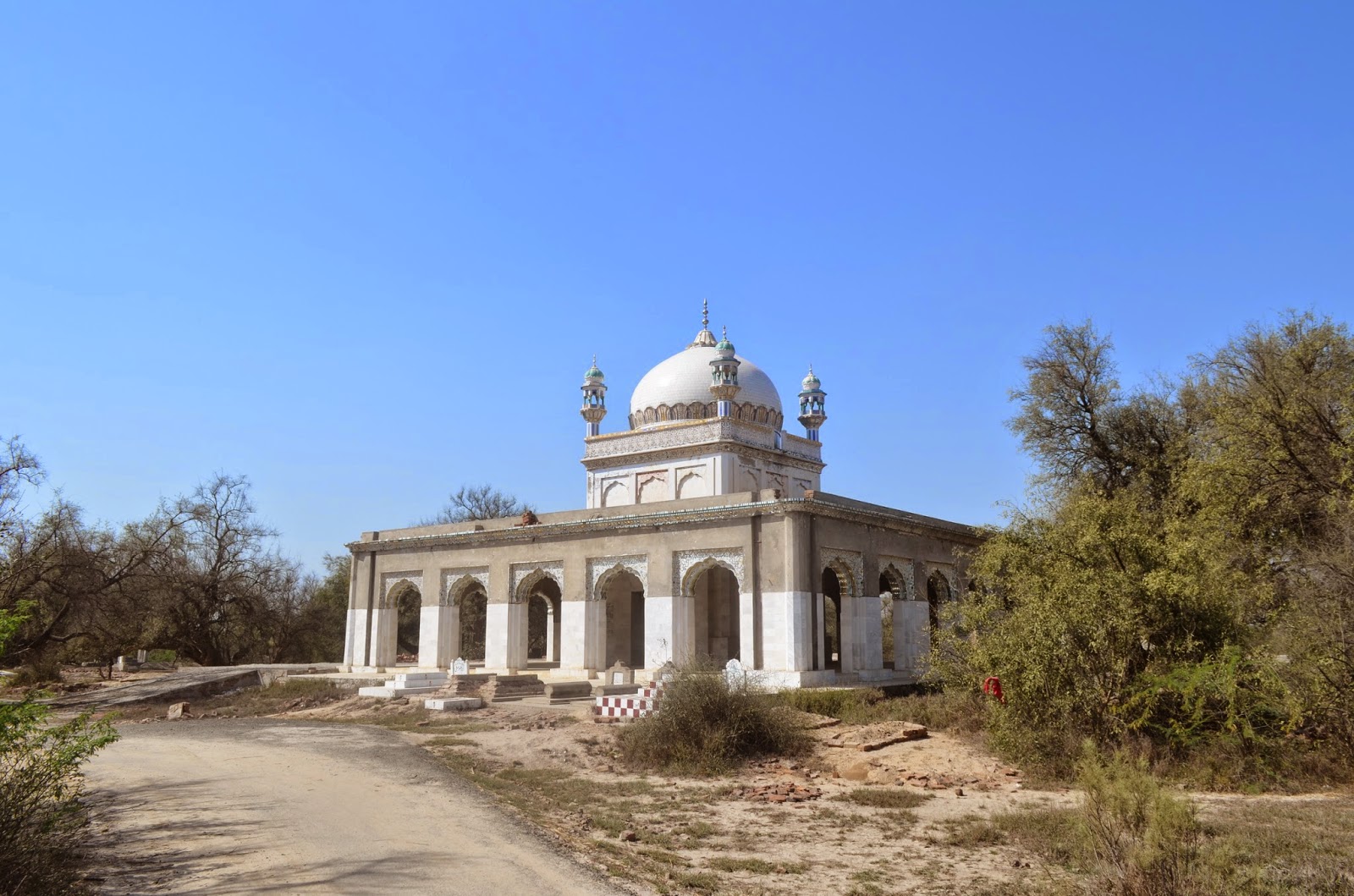 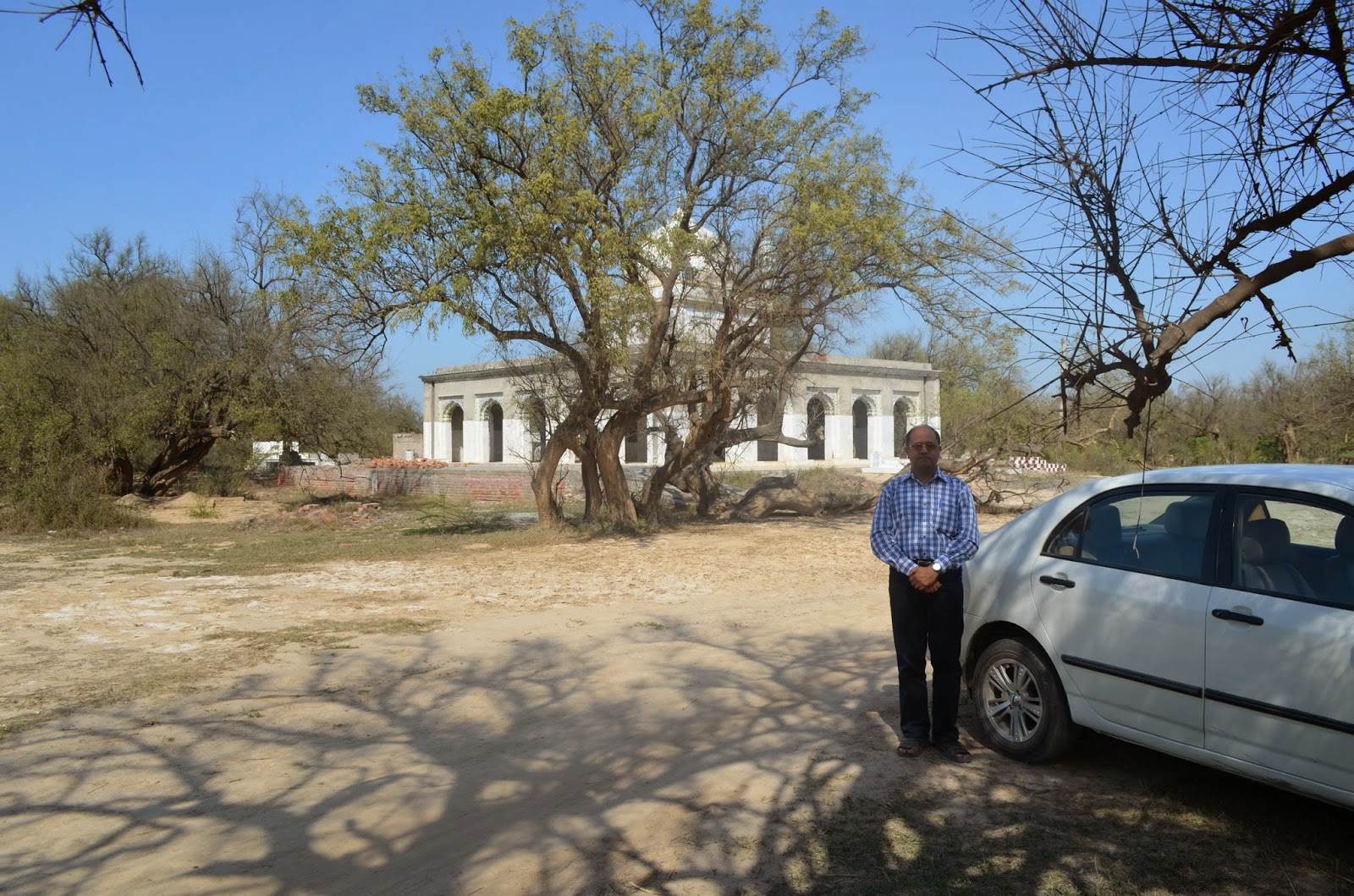 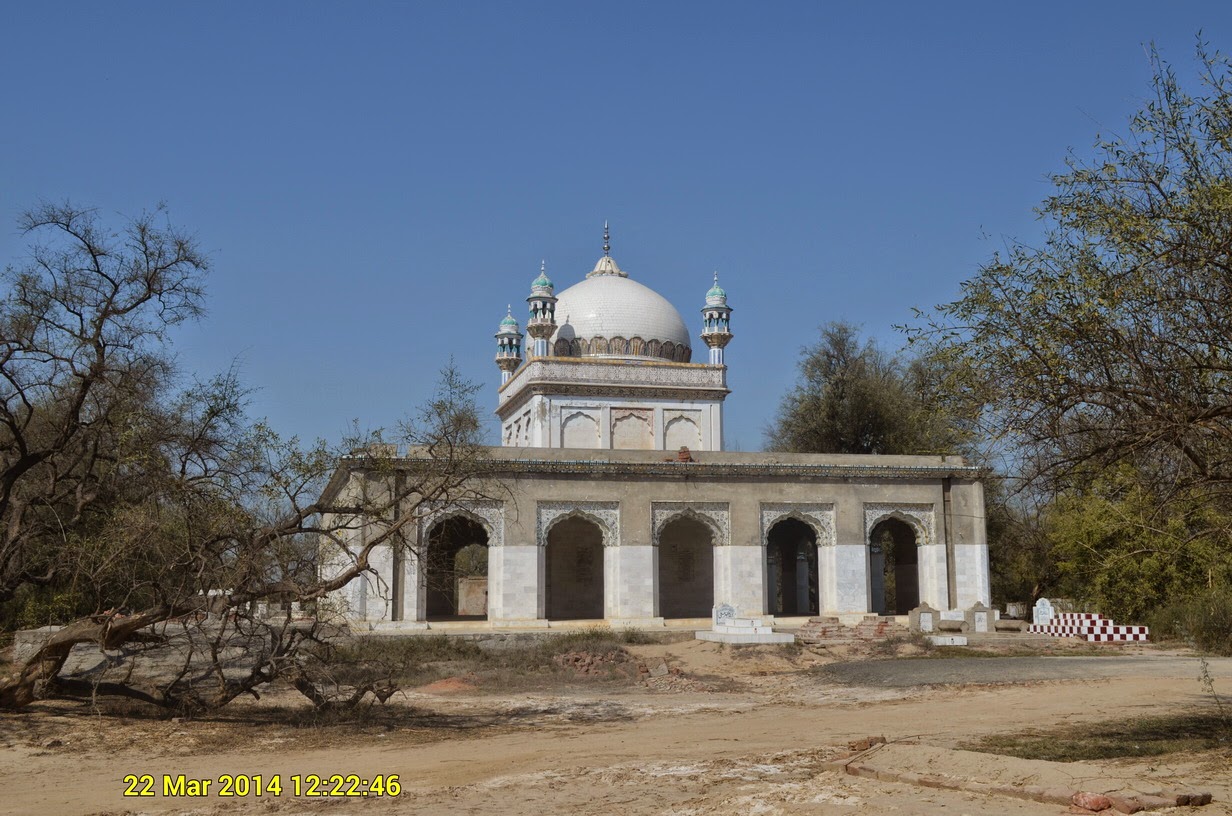 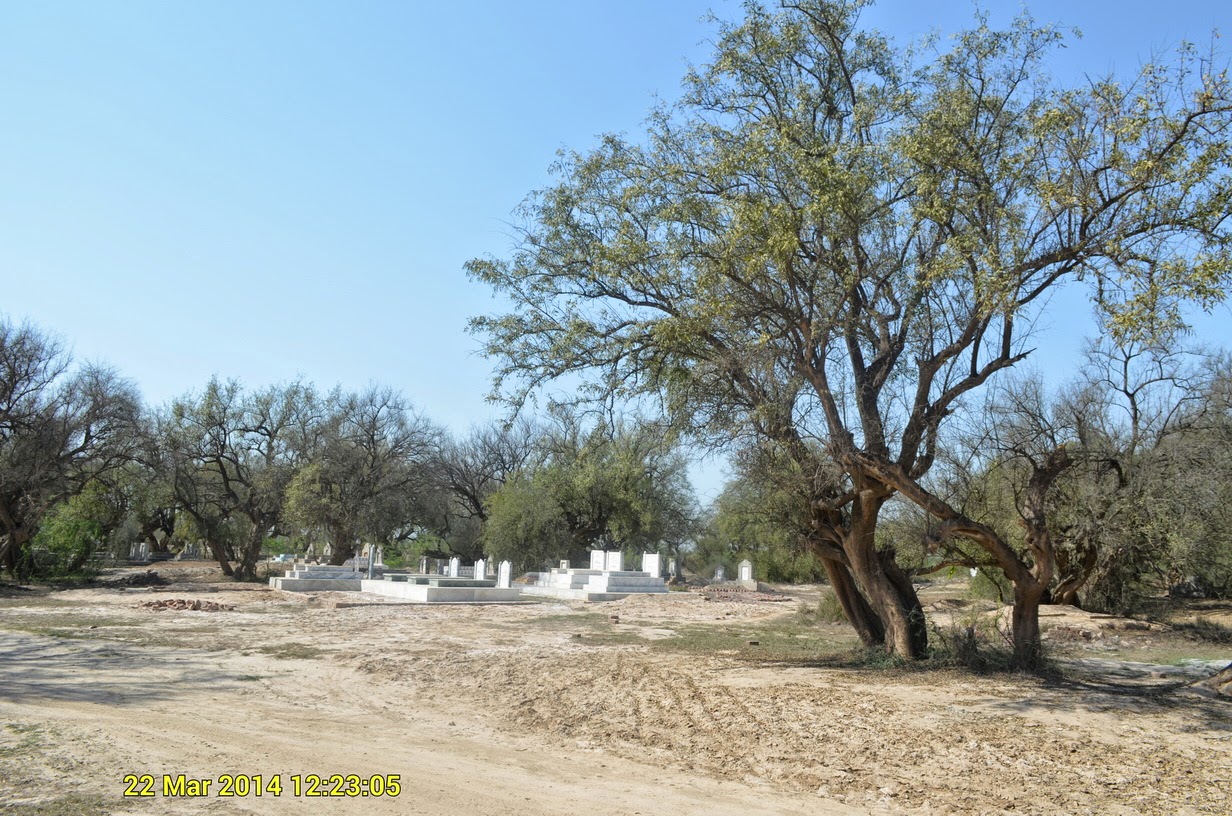 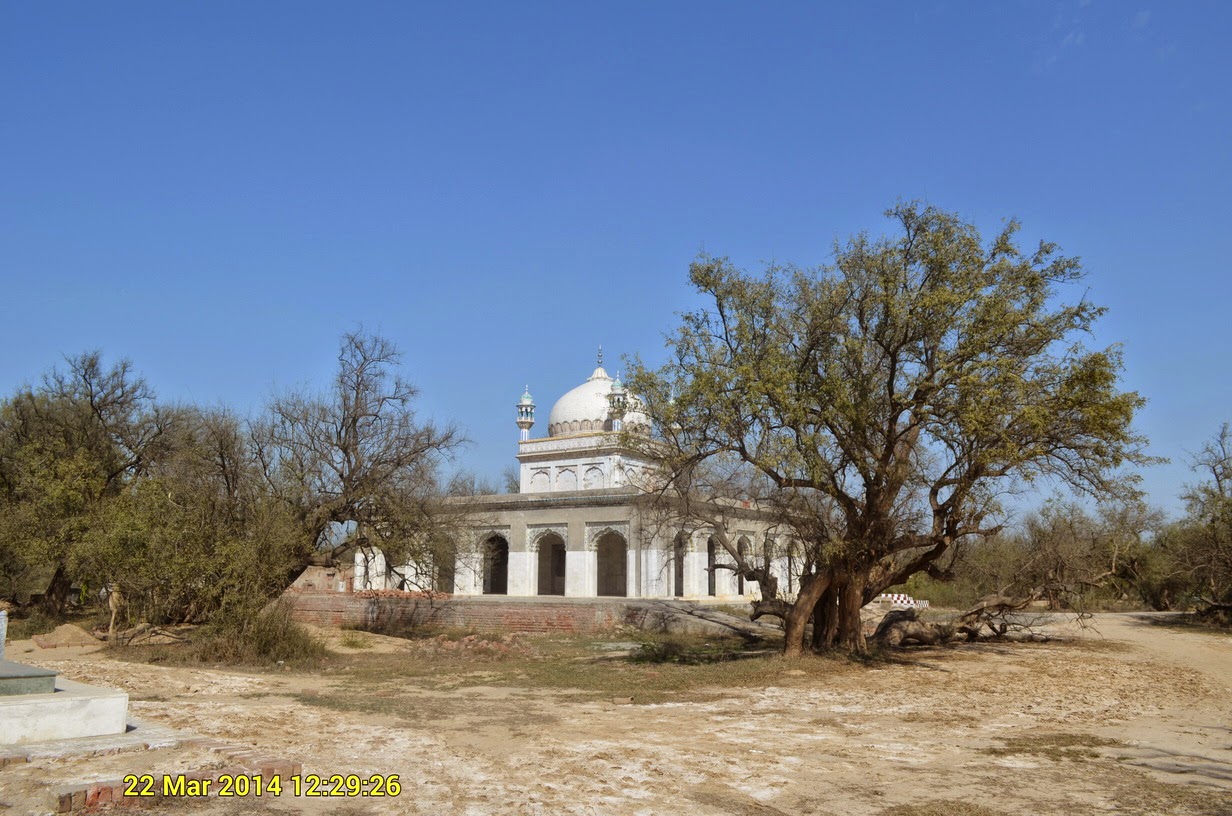 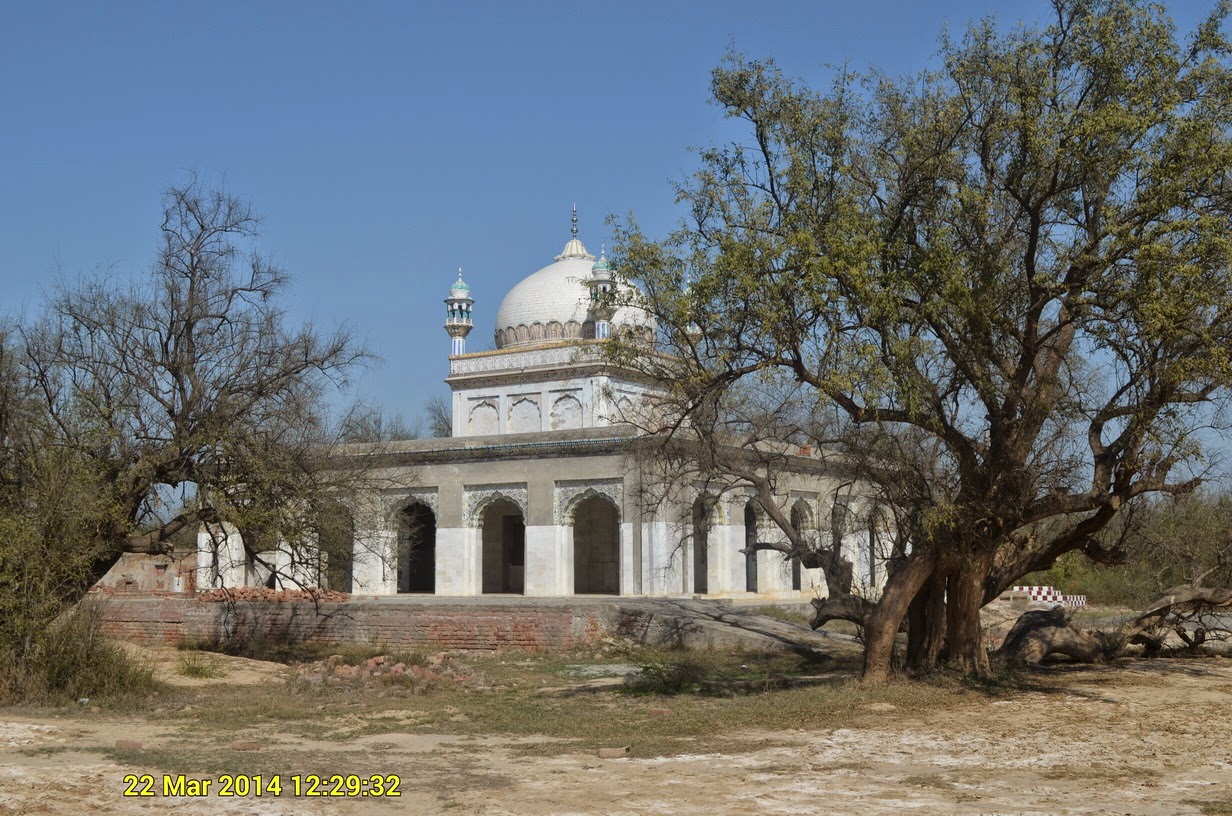 A few days after the martyrdom of Rai Ahmad Khral, his close friend Murad Fatiana avenged his death by killing Lord Berkley, while he was crossing the river Ravi on his horseback. He is buried in a small cemetery, just outside the town of Gogera, in the north eastern direction. The condition of this cemetery is very bad and even the walls are crumbling. There are no headstone, so his grave cannot be precisely pointed out. Though there are traces of a few important graves. Most of the compound is flat and wild grass is grown inside, partially burned. The cemetery is located at 30° 57' 51.50" N, 73° 19' 55.00" E. Gogera is located on the main Okara -  Fasalabad road, about 20 kilometers away from Okara. 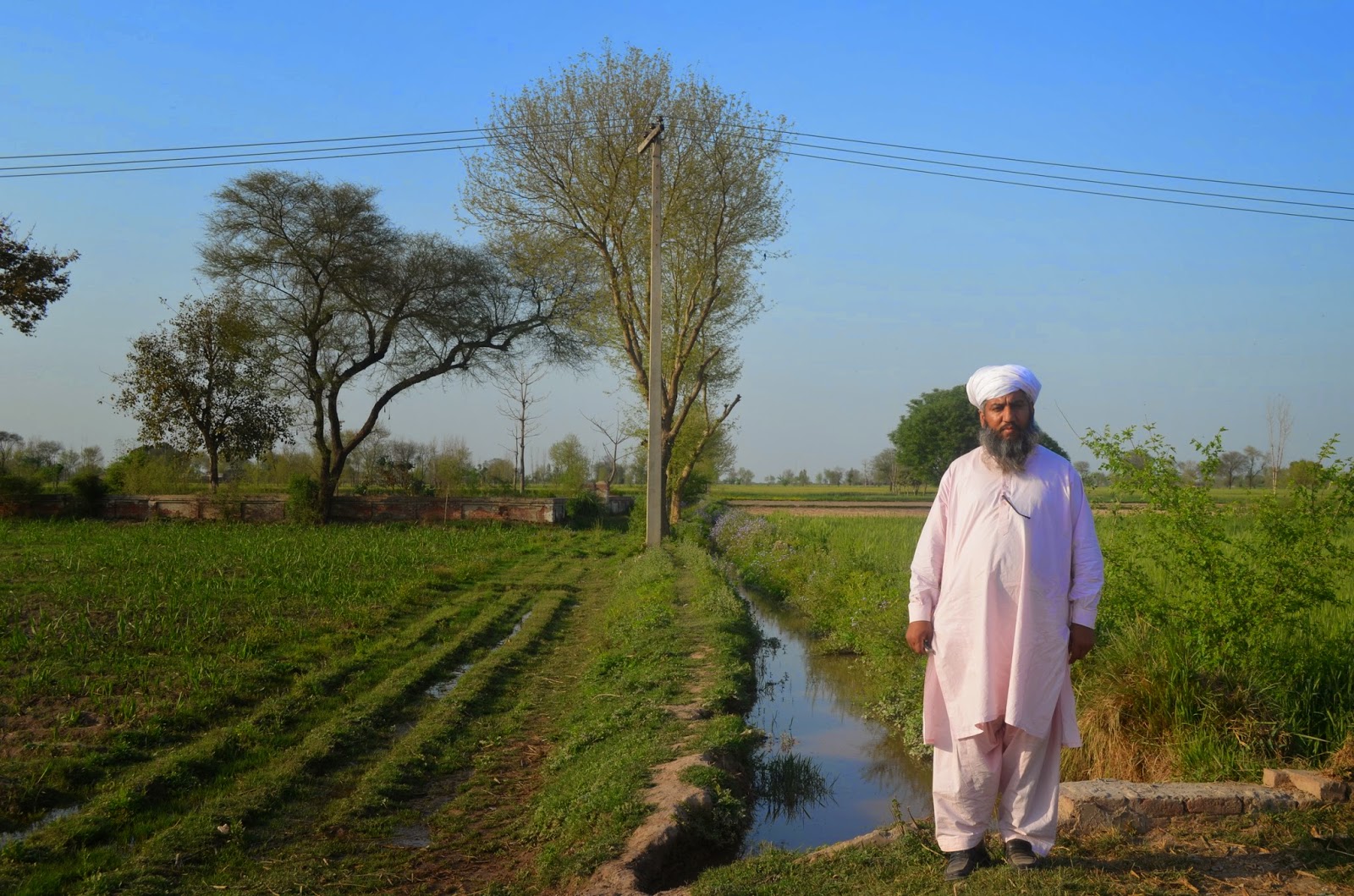 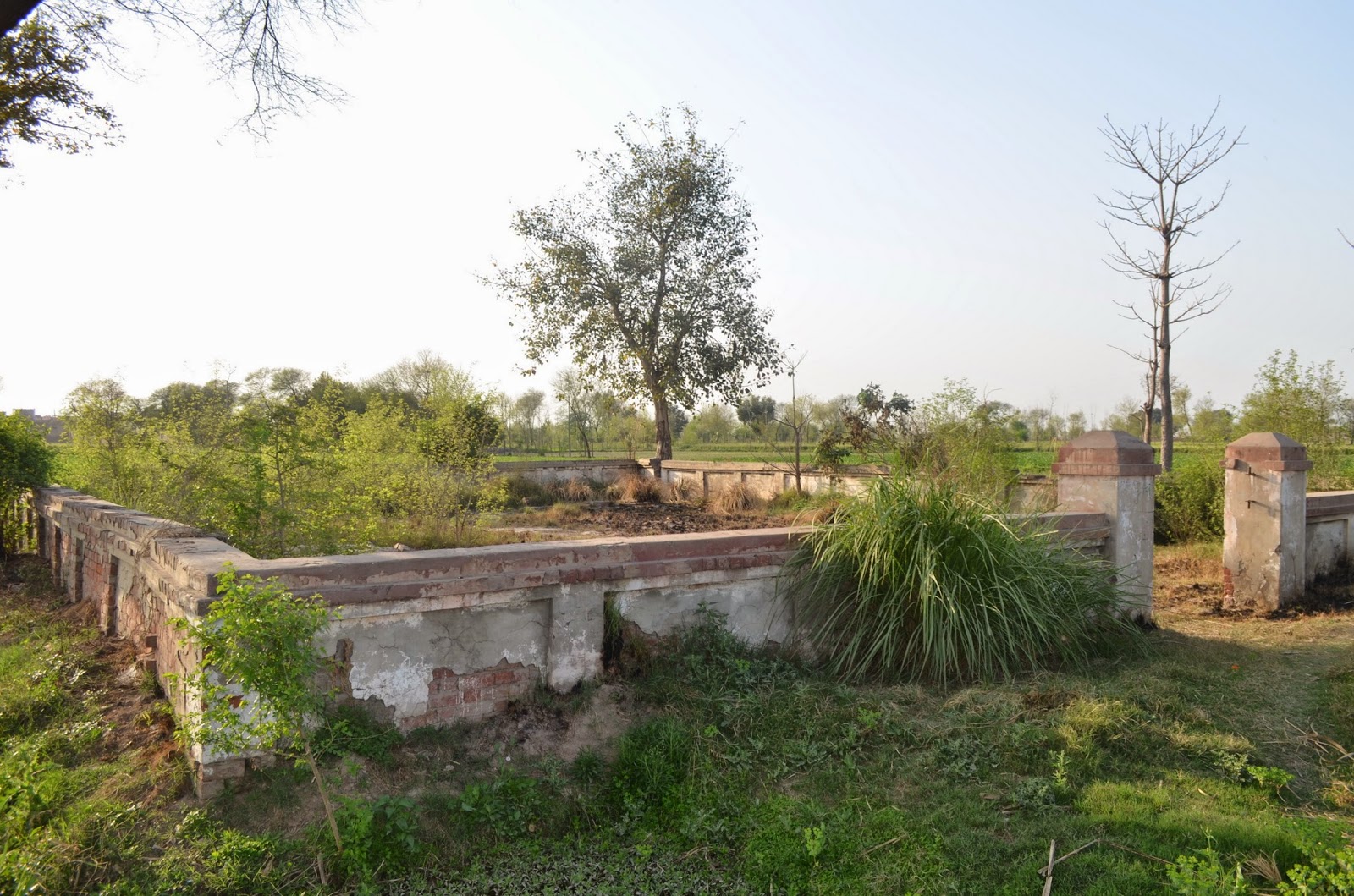 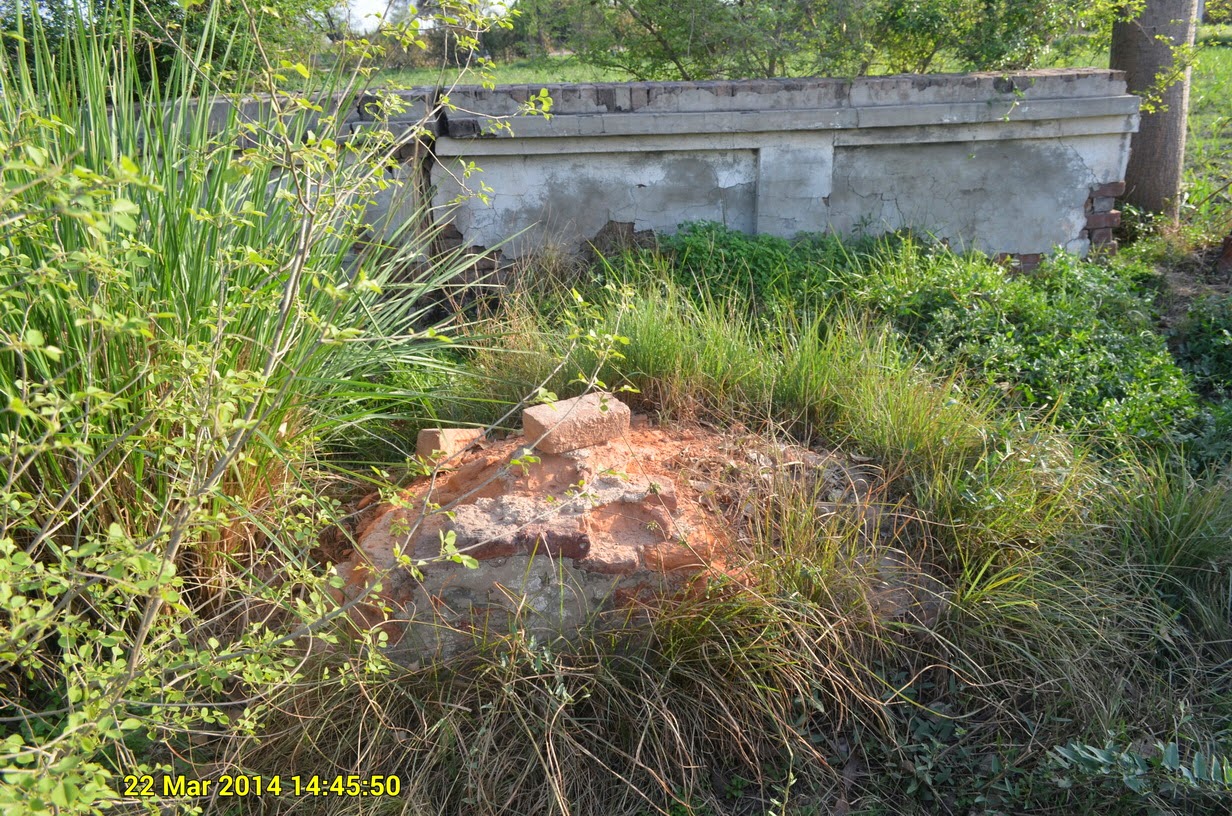 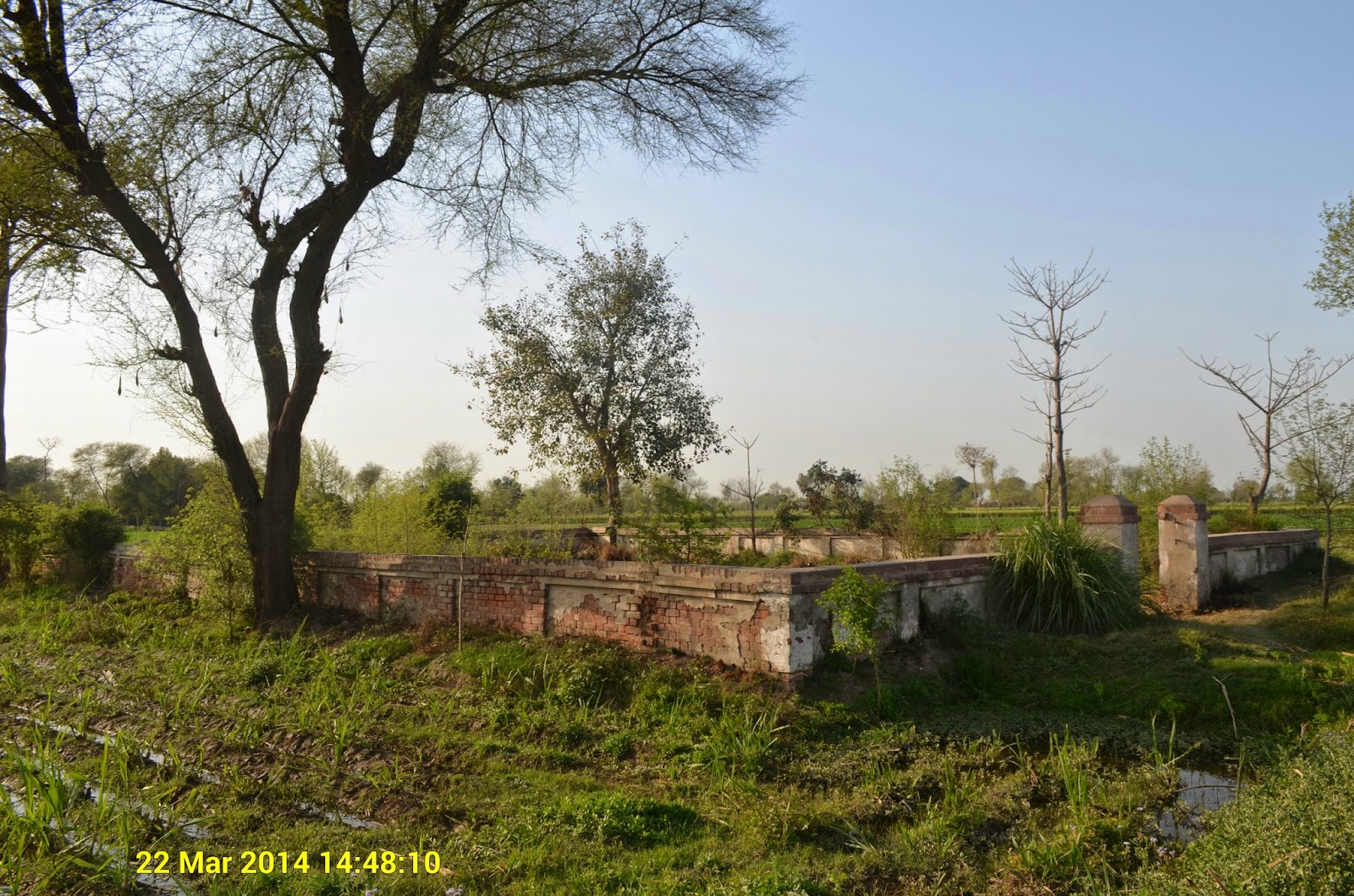 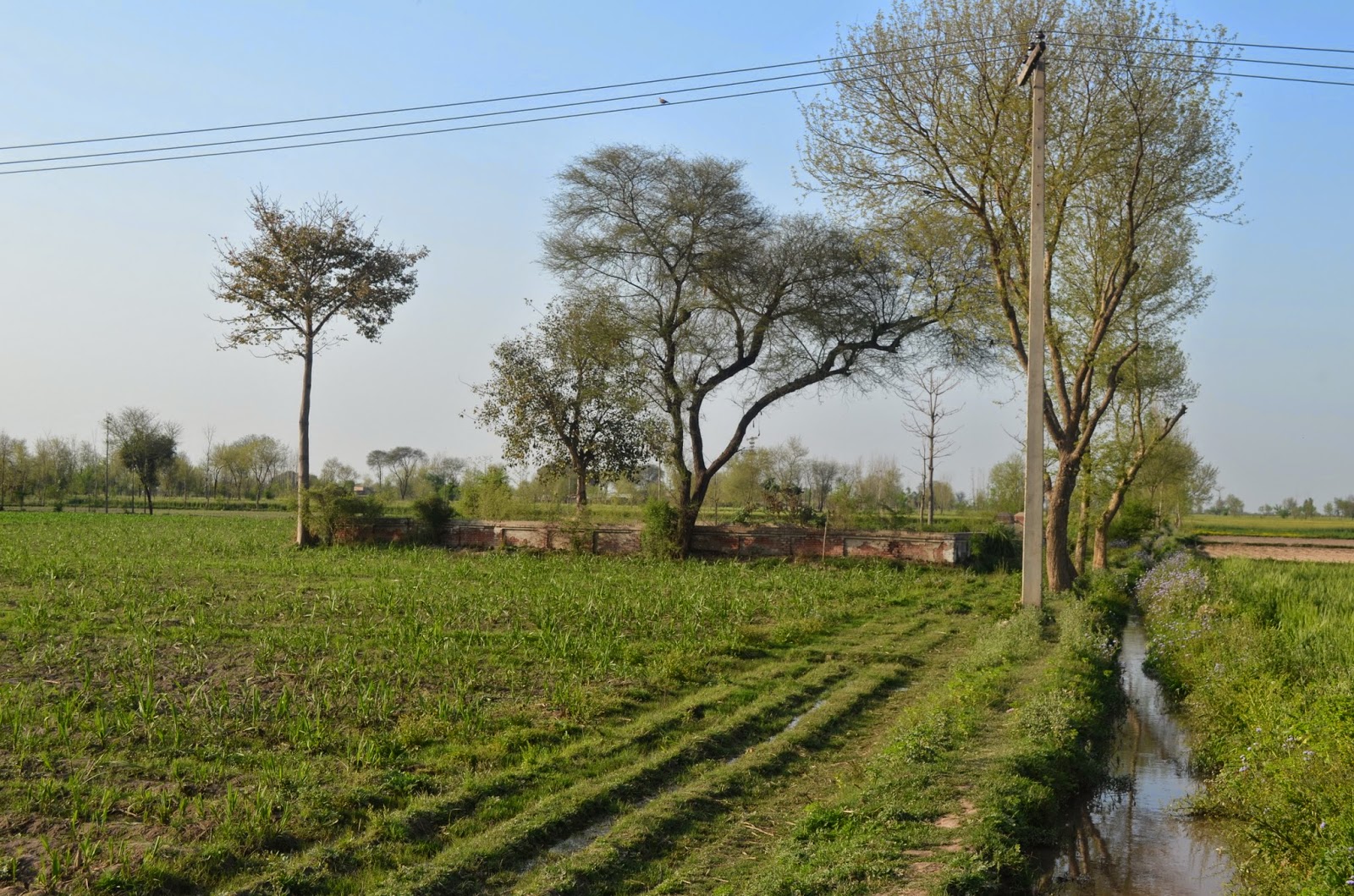 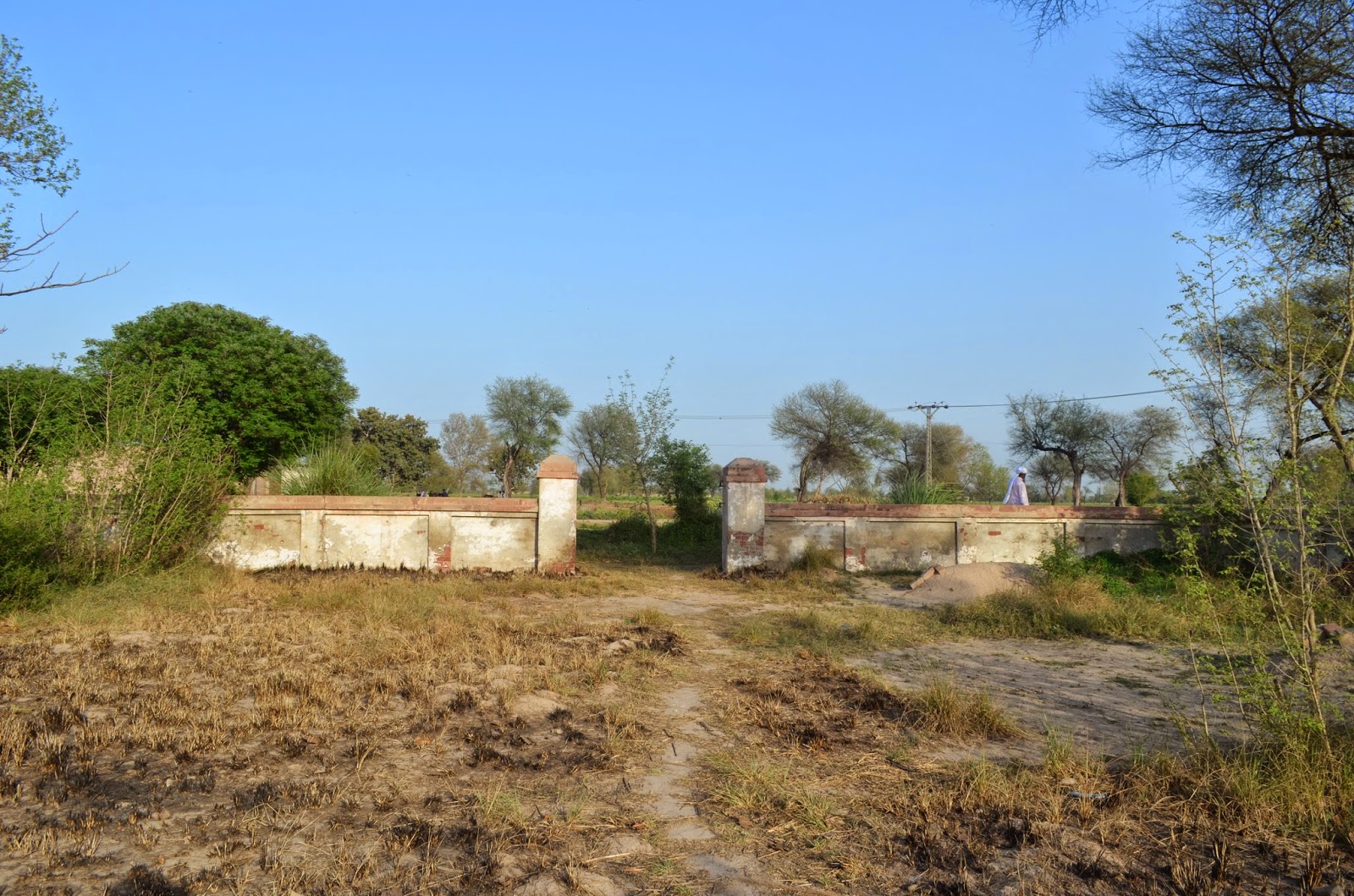 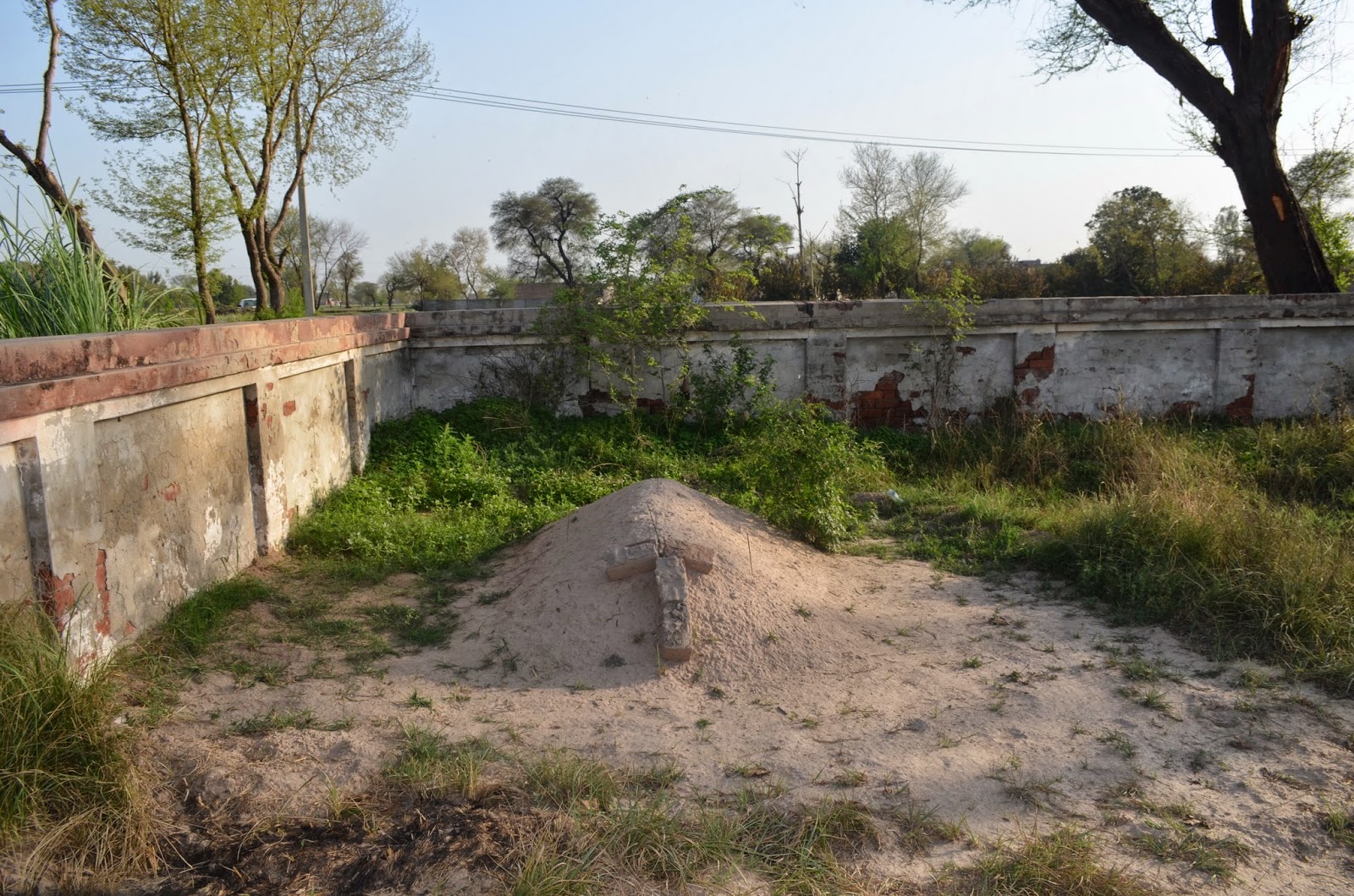 Rai Ahmad Khan Kharal is a unique figure in our history, being the only chief to rise against the British in Punjab in 1857. Otherwise, all others wholeheartedly supported the cause of the British and in return of their "meritorious services" received many "honours" and vast jagirs. But Ahmad Kharal had got his head cut off, but did not bow it before the oppressor. Long Live Rai Ahmad Khan Kharal Shaheed. So both the main characters of this great story laid down their lives to do their duties. They both lie today about 12 kilometers apart on the opposite banks of the river Ravi. May they rest in peace.

I shall appreciate your comments on this blog. Your suggestions to improve this article or any additional information is also most welcome. Which will be used with all the due credit.