Baba Bhumman Shah was a  prominent sadhu of Udasi Sikhs born in 1687 and died in 1762. Udasi sect of Sikhs was  quite  popular in 19th century and had a large following in Punjab. Baba Bhumman Shah is still revered for his spiritual teachings among many Sikhs and Hindus.

A few years ago I saw a small picture of a big structure looking like a palace, in quest for that I reached Bhoman Shah a village in district Okara, tehsil Dipalpur, on March 21, 2011, with my cousin Tahir Mehboob, a resident of Chak 127 EB. I was not sure what will be waiting for me, but what I found was much more than my expectations. There was not just a palace of a marvellous architecture, but  also a big gurdwara complex. It is located at 30° 31' 48.53" N, 73° 39' 23.13" E. It is almost 150 kms from Lahore and 45 kms from Okara, 17 kms from Dipalpur on Haveli Lakha road.

The haveli though magnificent, is in a total state of disrepair. The occupants, who must be hundreds of people and dozens of families, appear to lack resources as well as will to maintain it. We met a person who showed us a part of the haveli, he was a refugee from district Hissar. But it is so badly divided between different families that it is difficult to access different parts of this huge haveli. I realized its total size only when I saw it on google earth. Now I feel that I should have spared more time to discover it properly. May be next time. 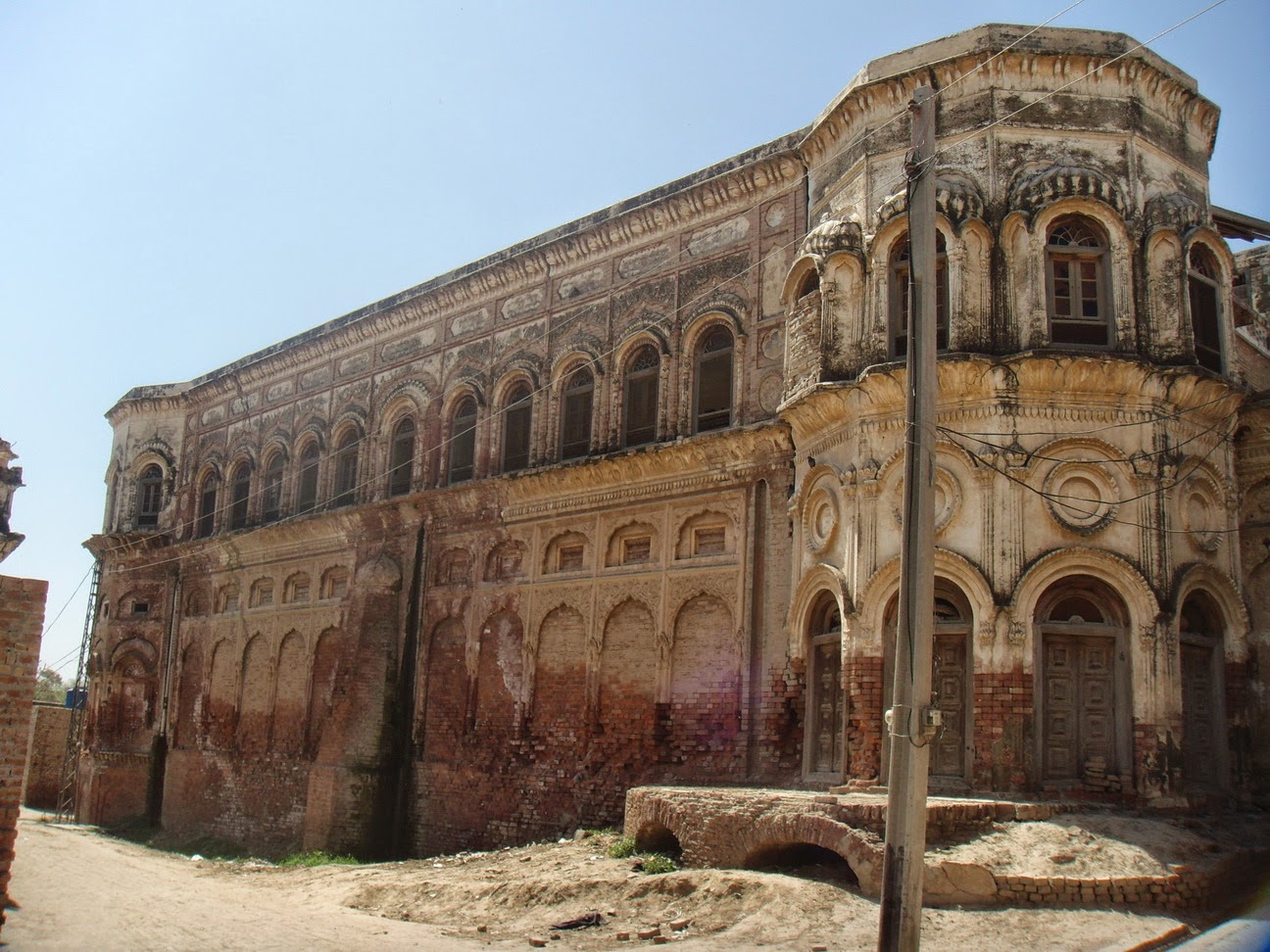 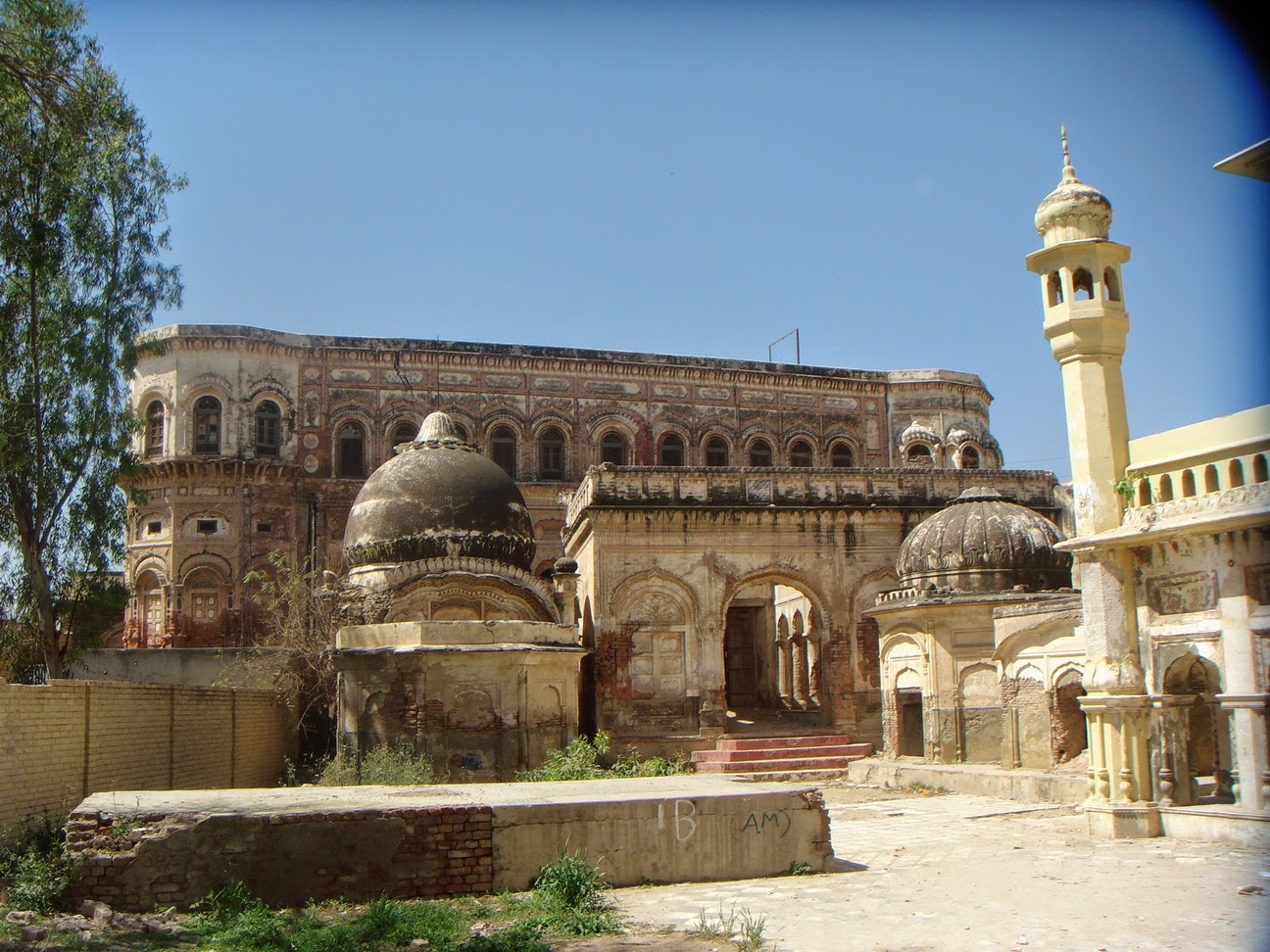 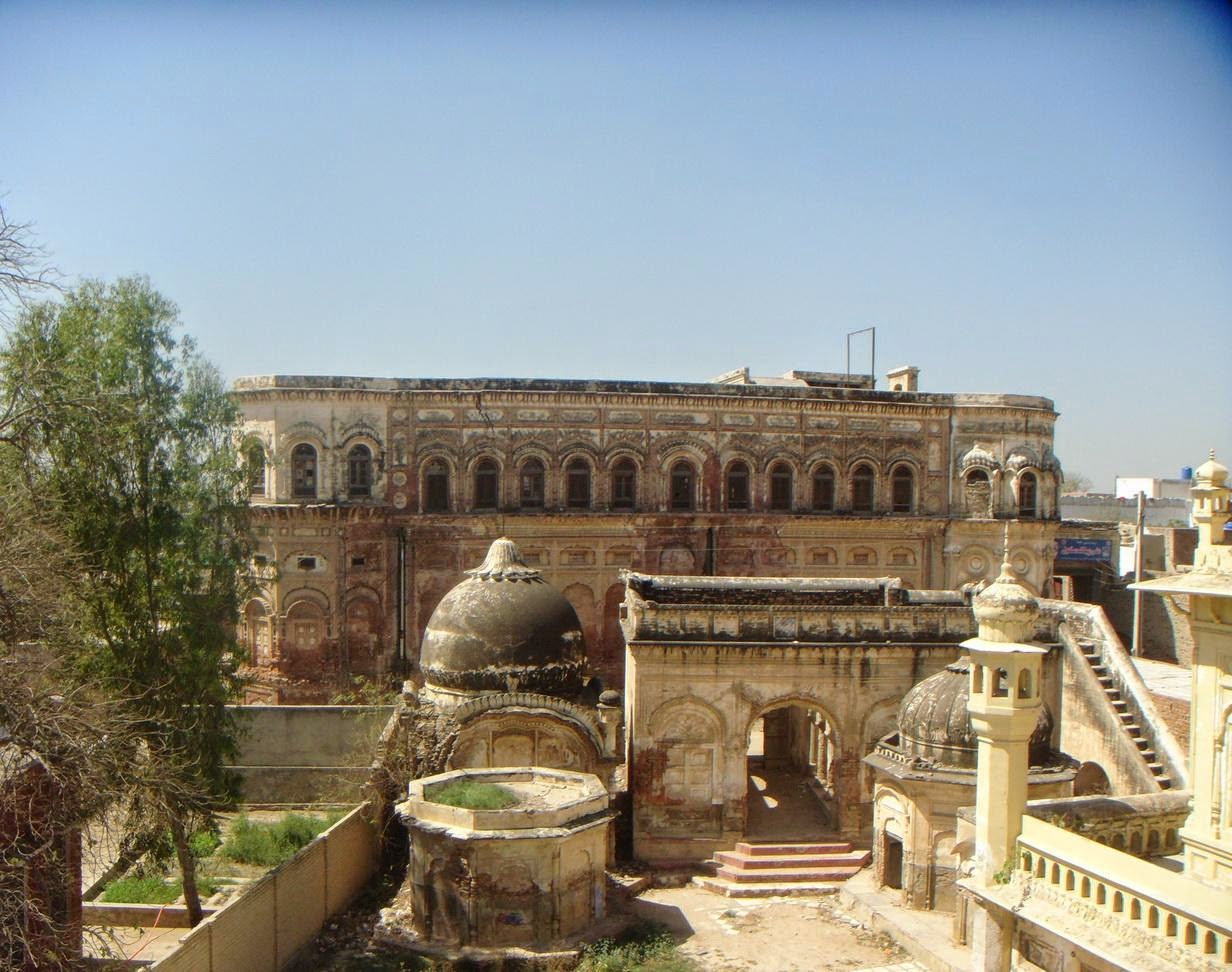 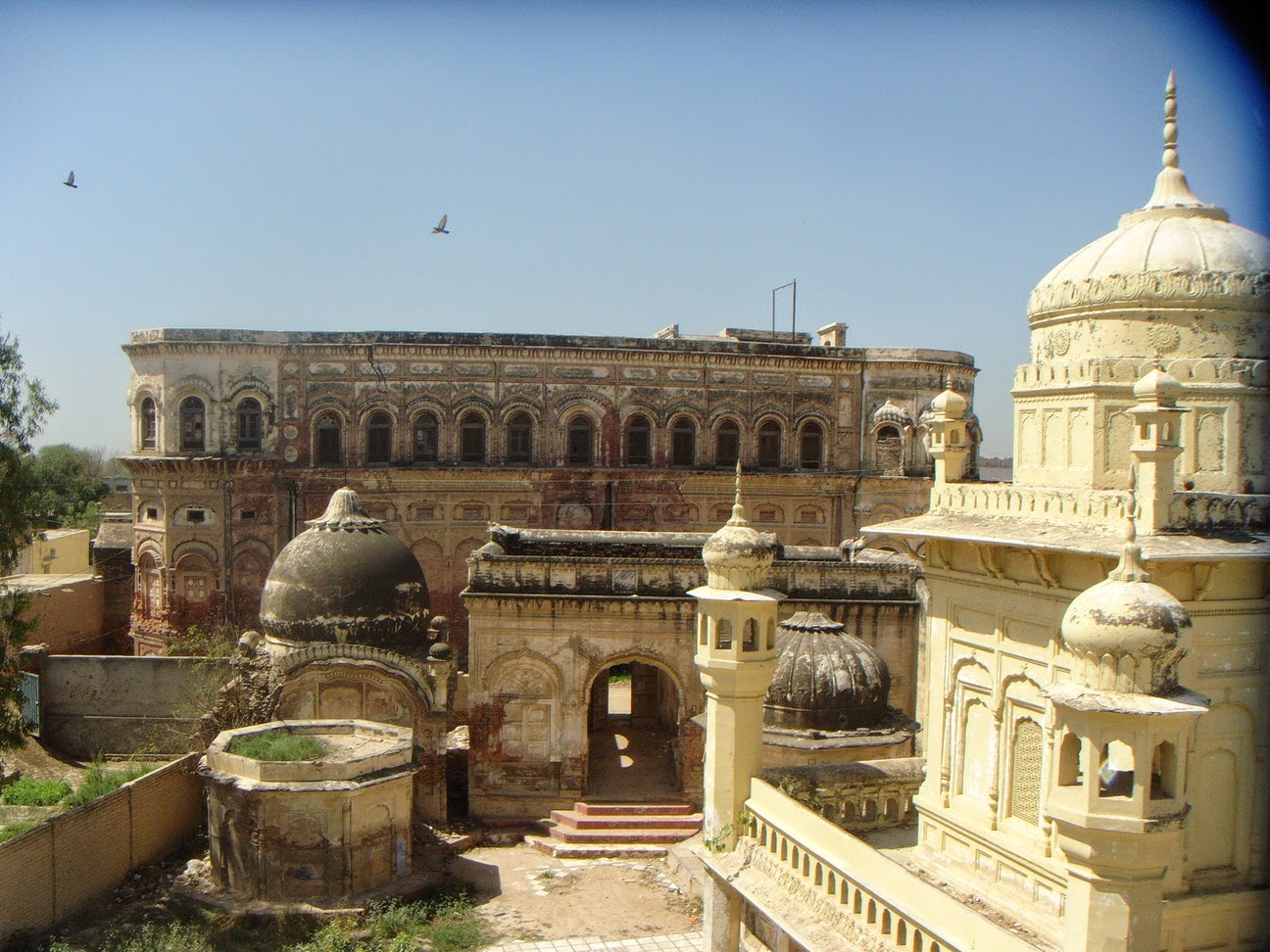 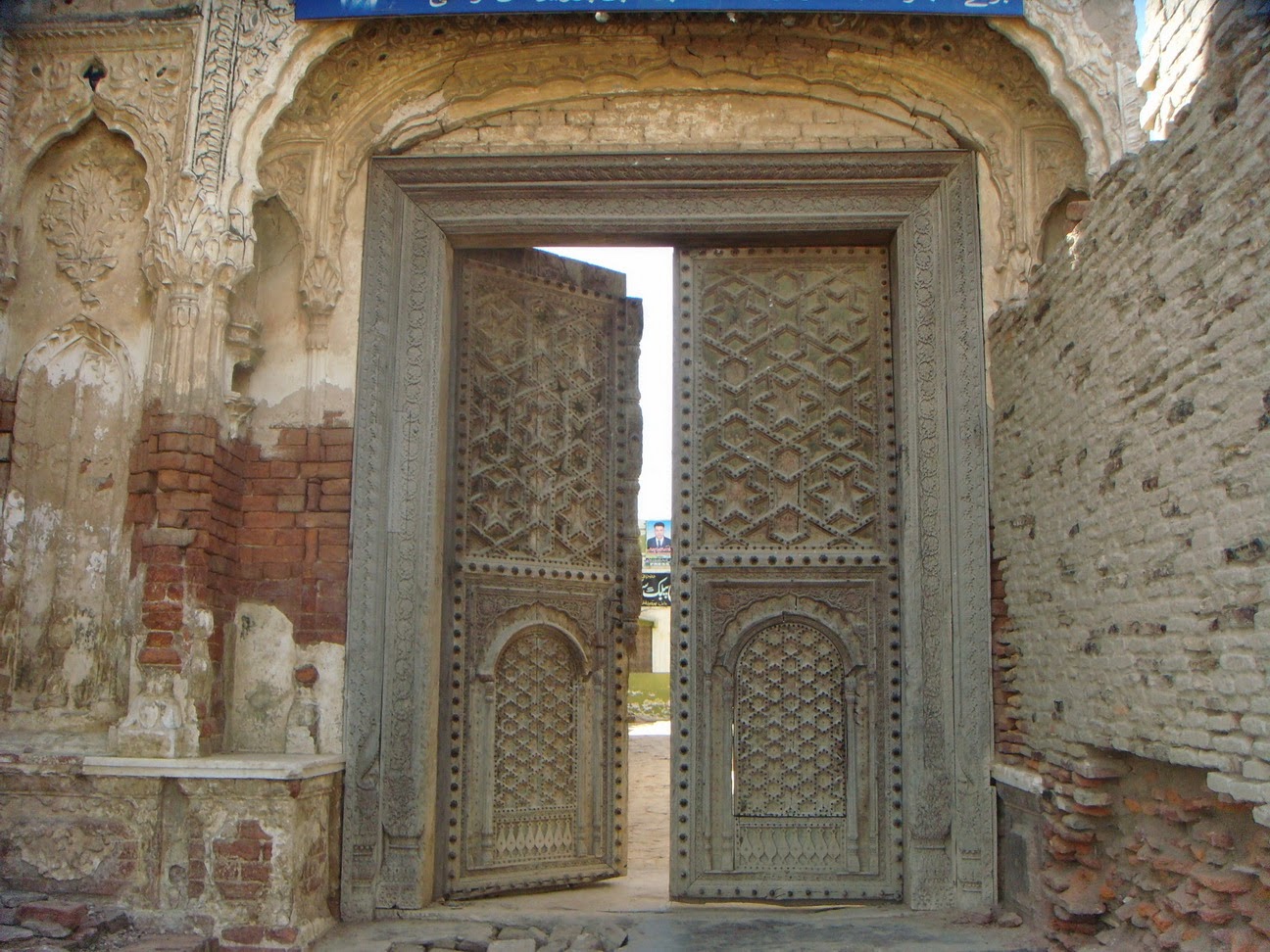 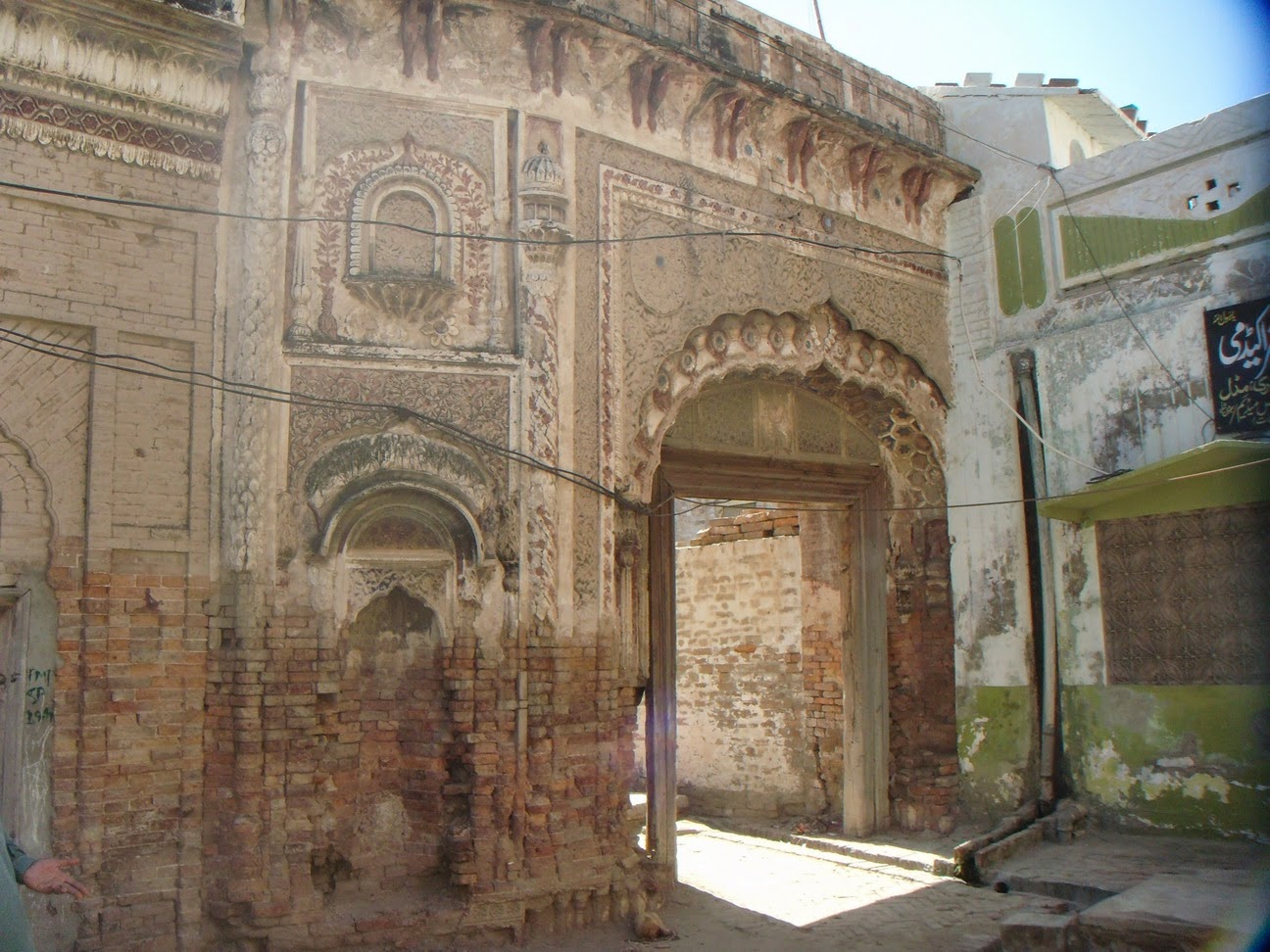 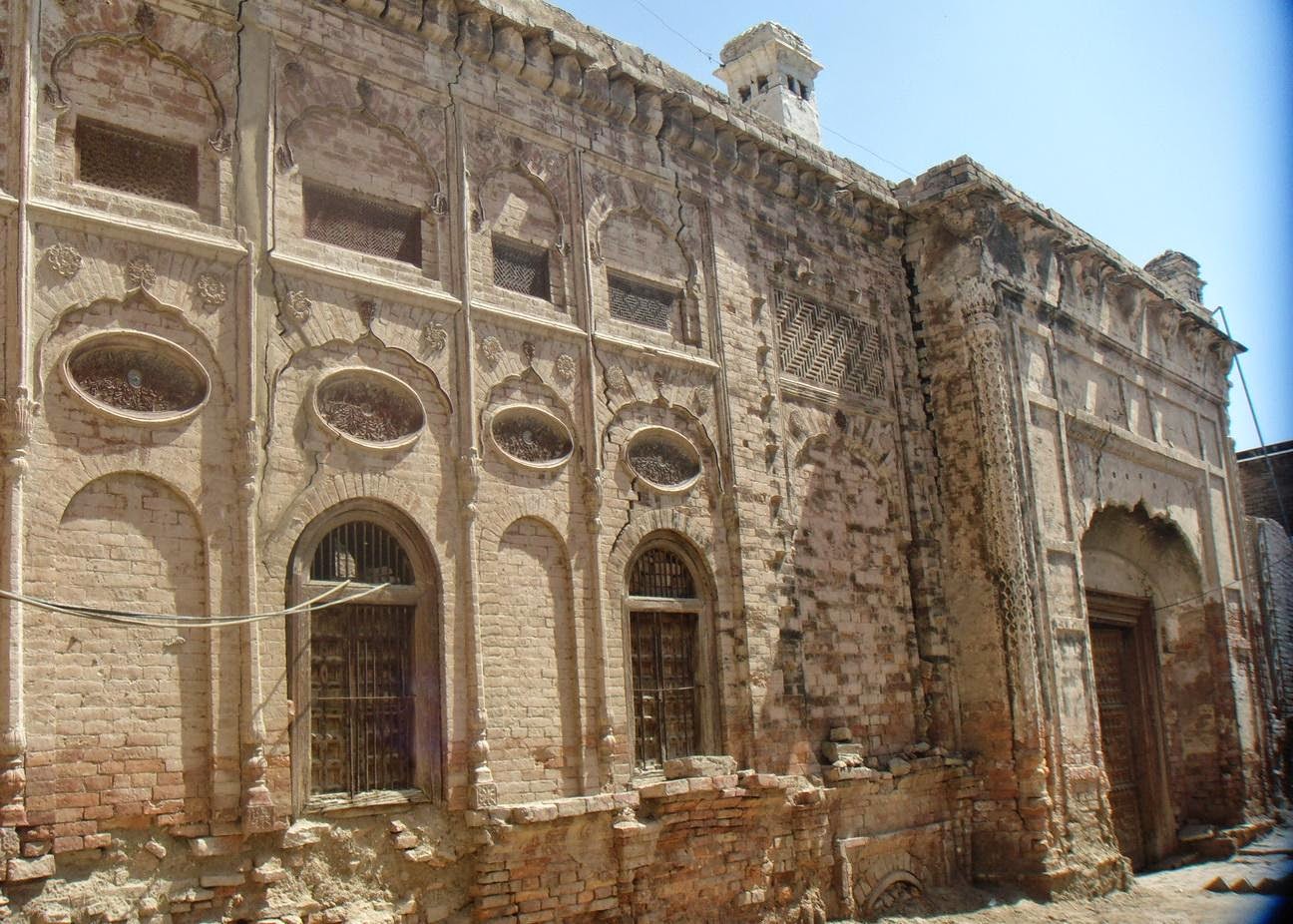 Date of construction of this haveli is not known to me. But close to this haveli exists a big gurdwara, which according to Mr Iqbal Qaiser on a website allaboutsikhs.com, was constructed in 1910. It was a pleasant surprise to see this gurdwara in such a good condition and not occupied. I was told that Sikhs still come to this gurdwara and a couple of years ago a large number of them came here to offer their prayers. 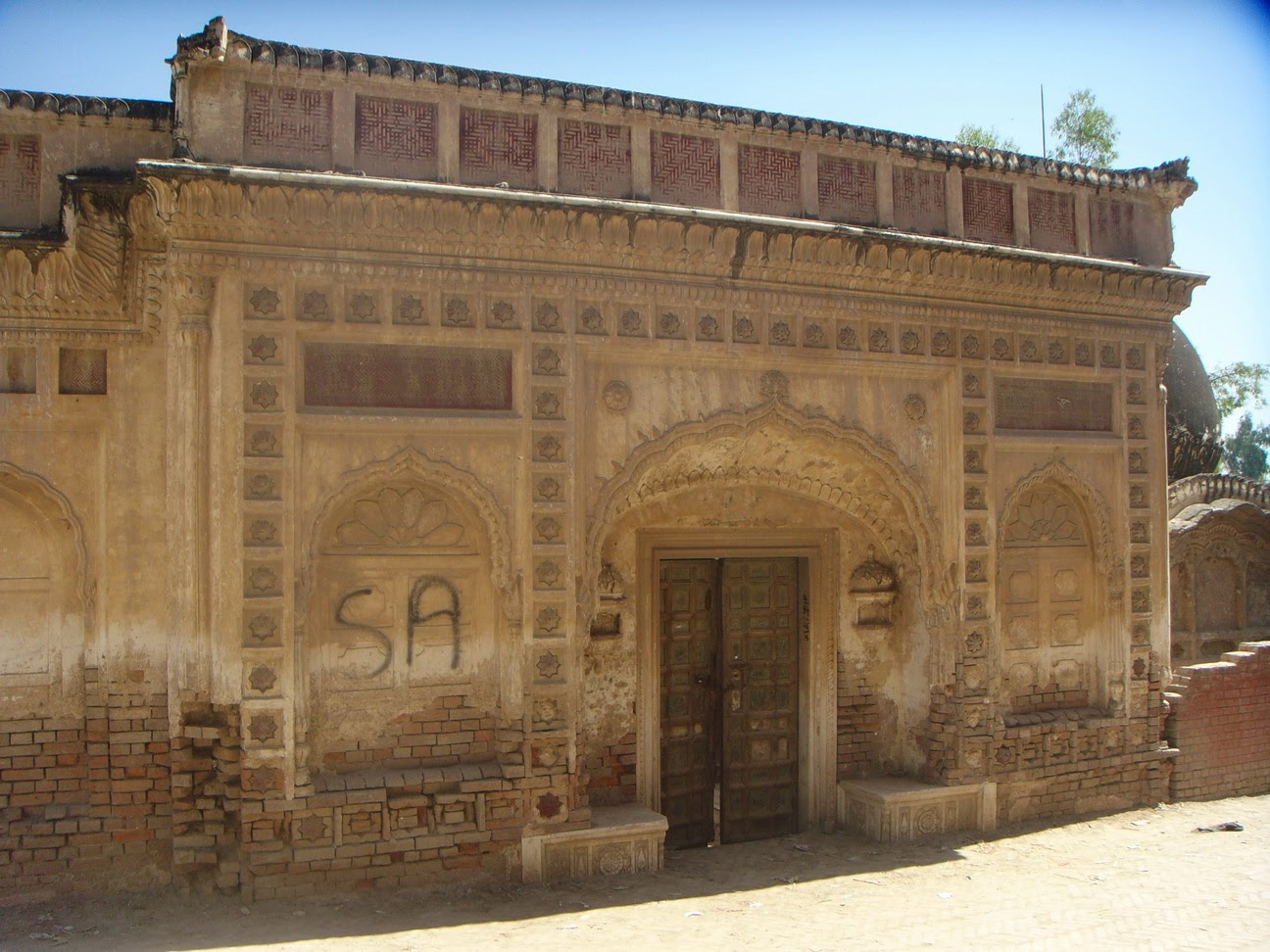 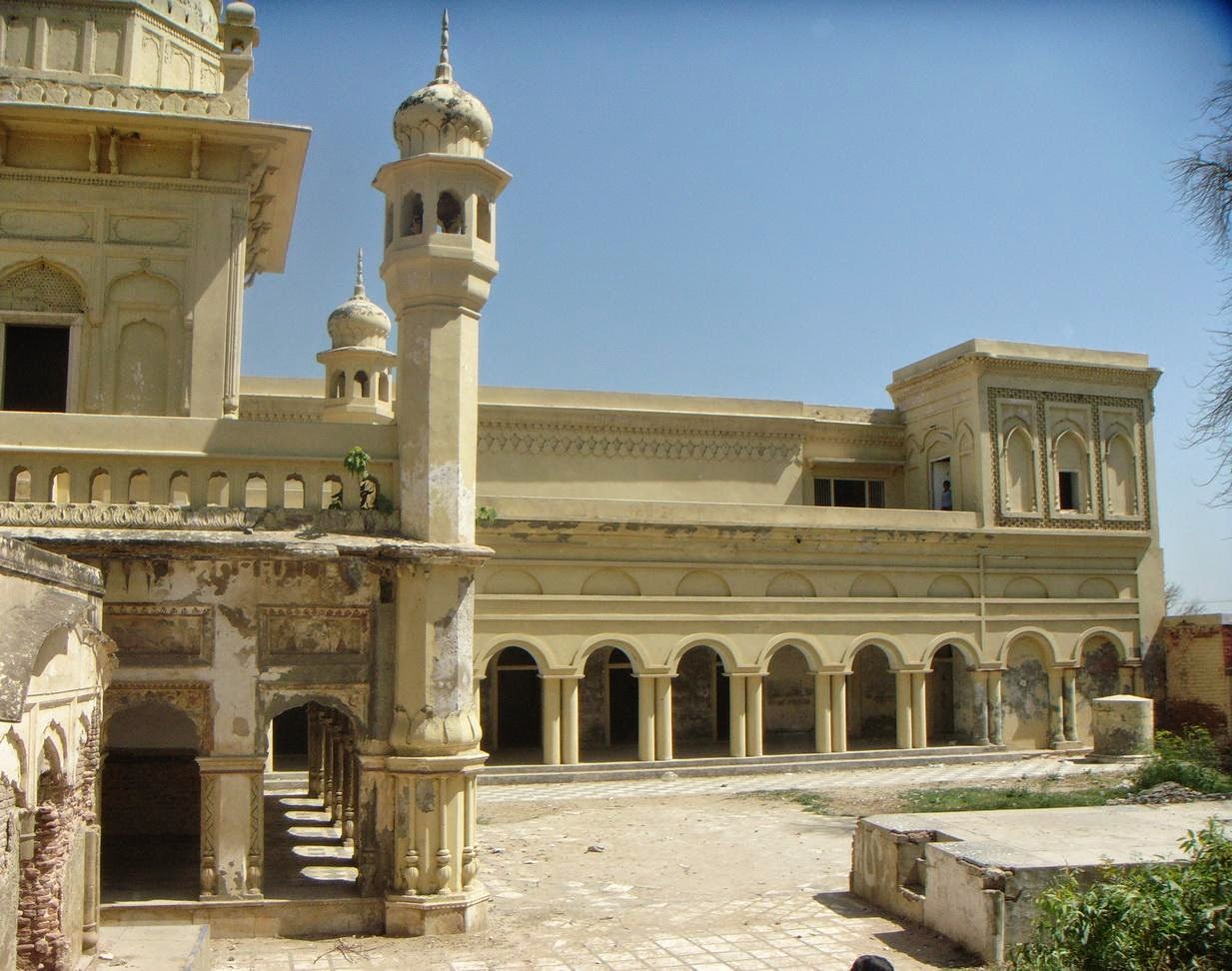 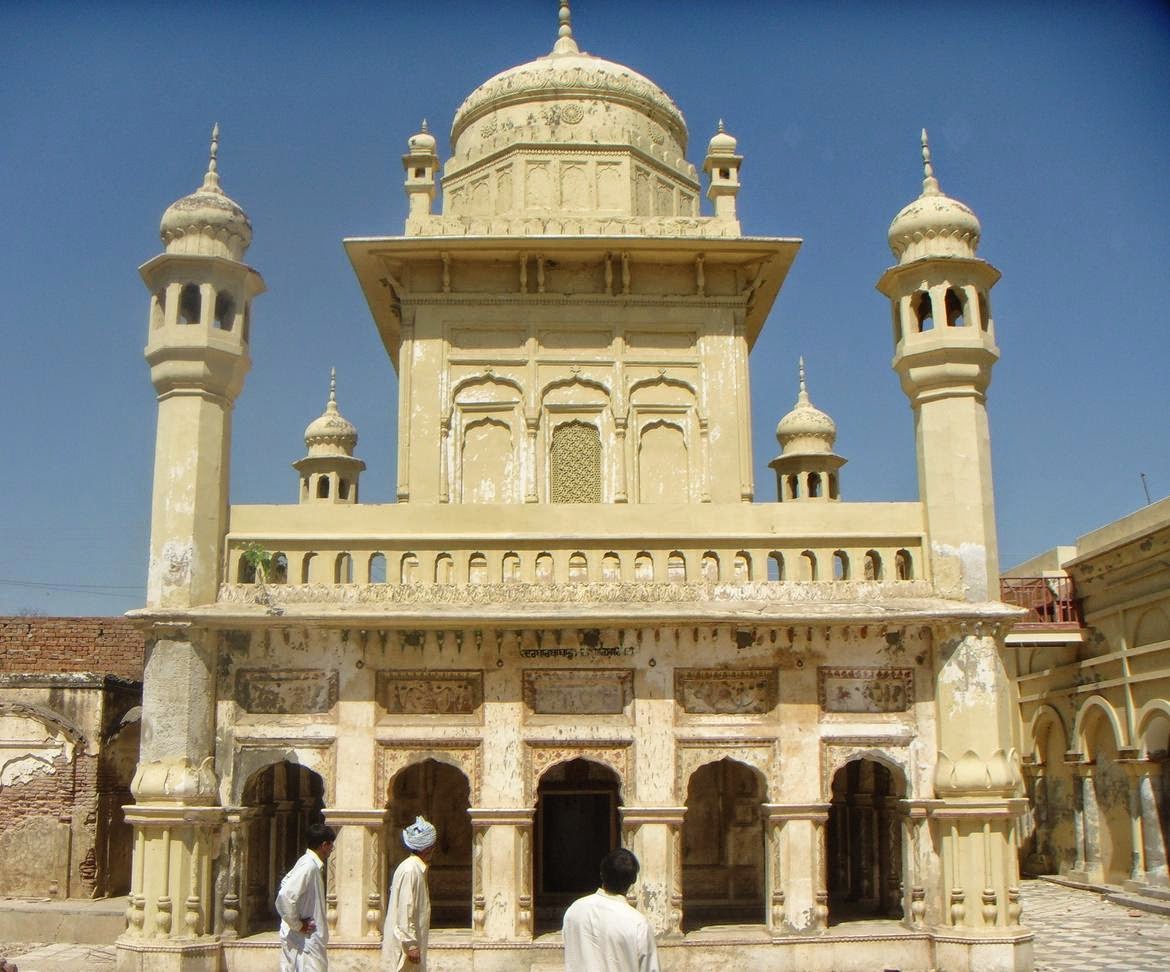 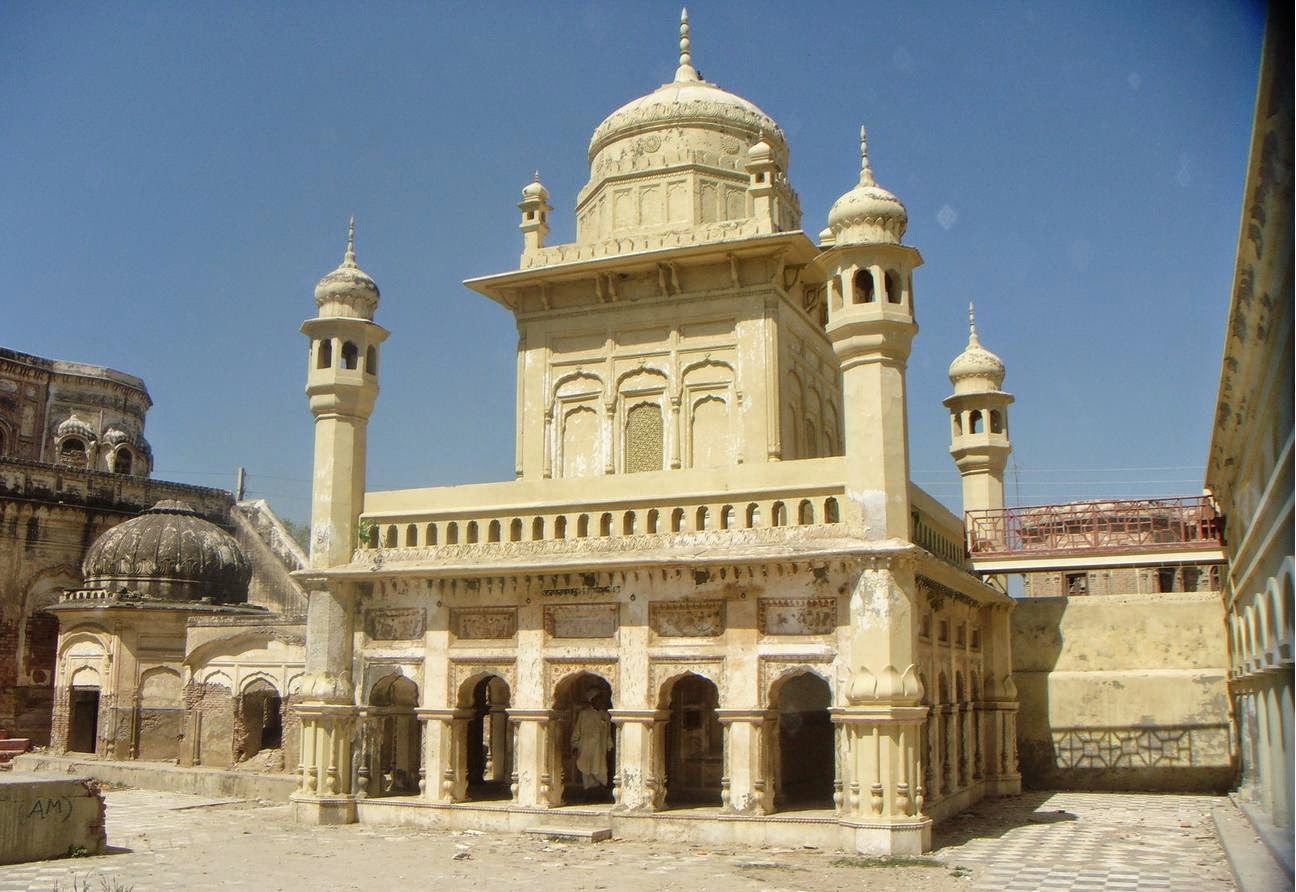 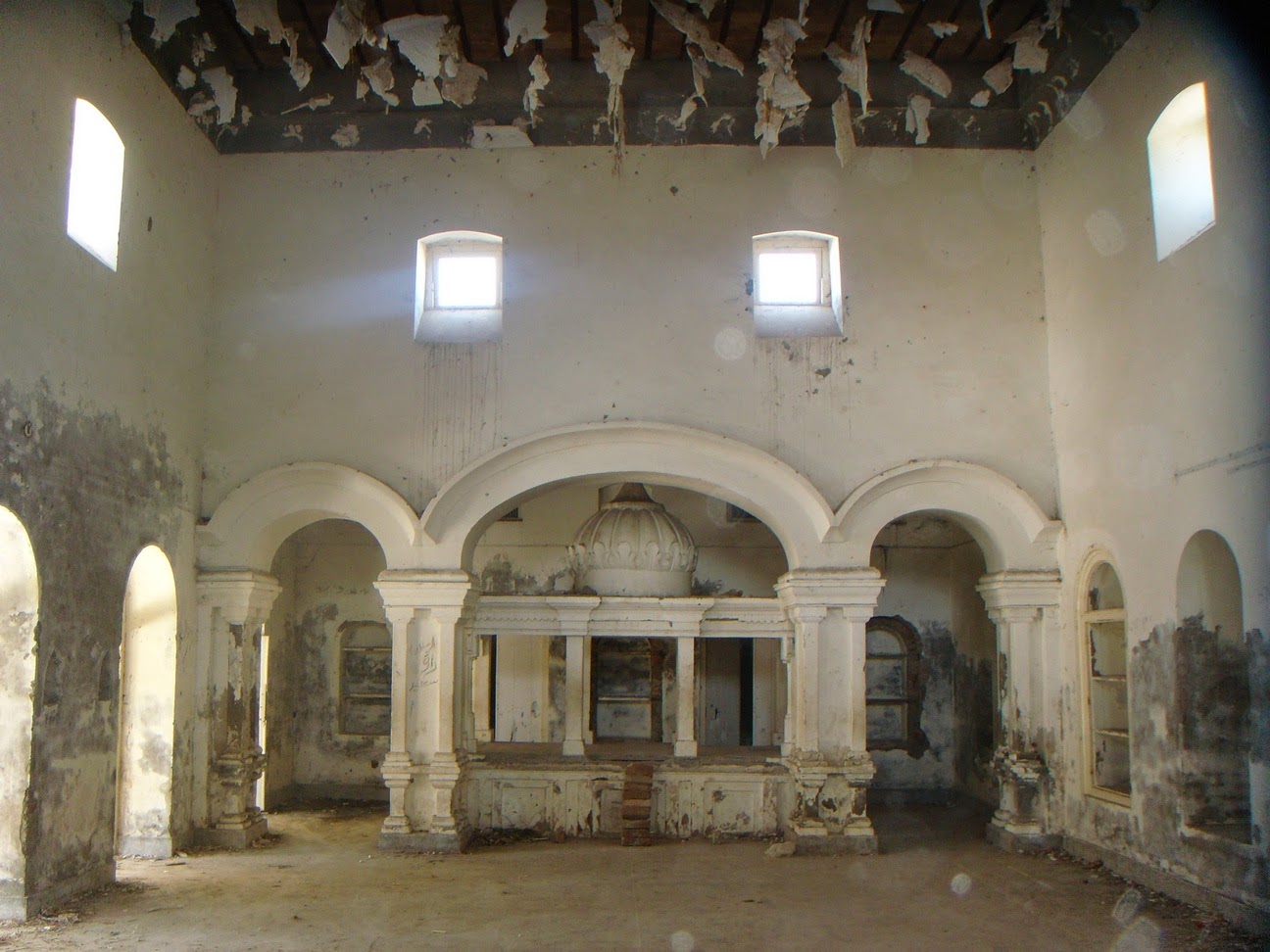 Interior of the main prayer hall. 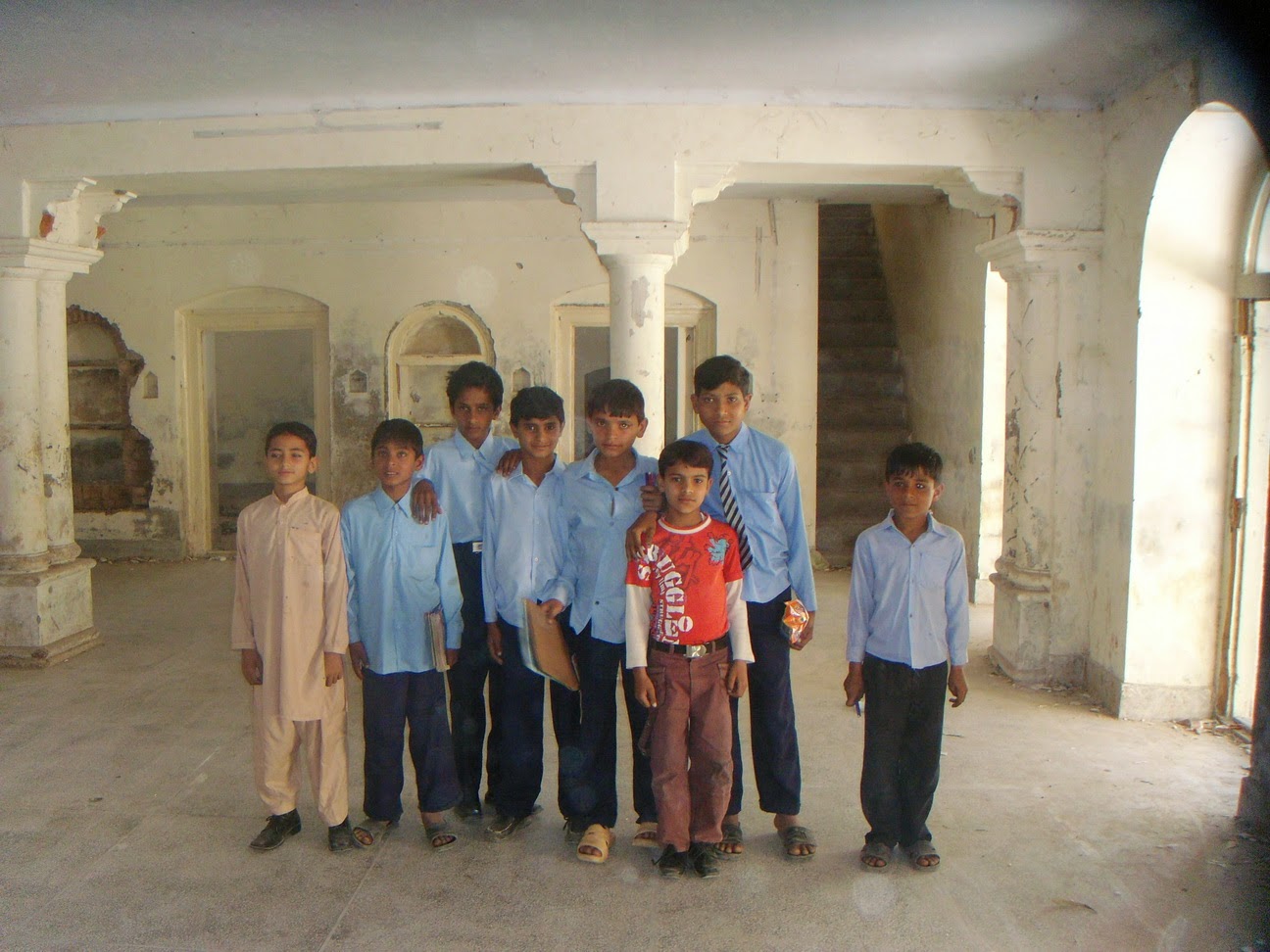 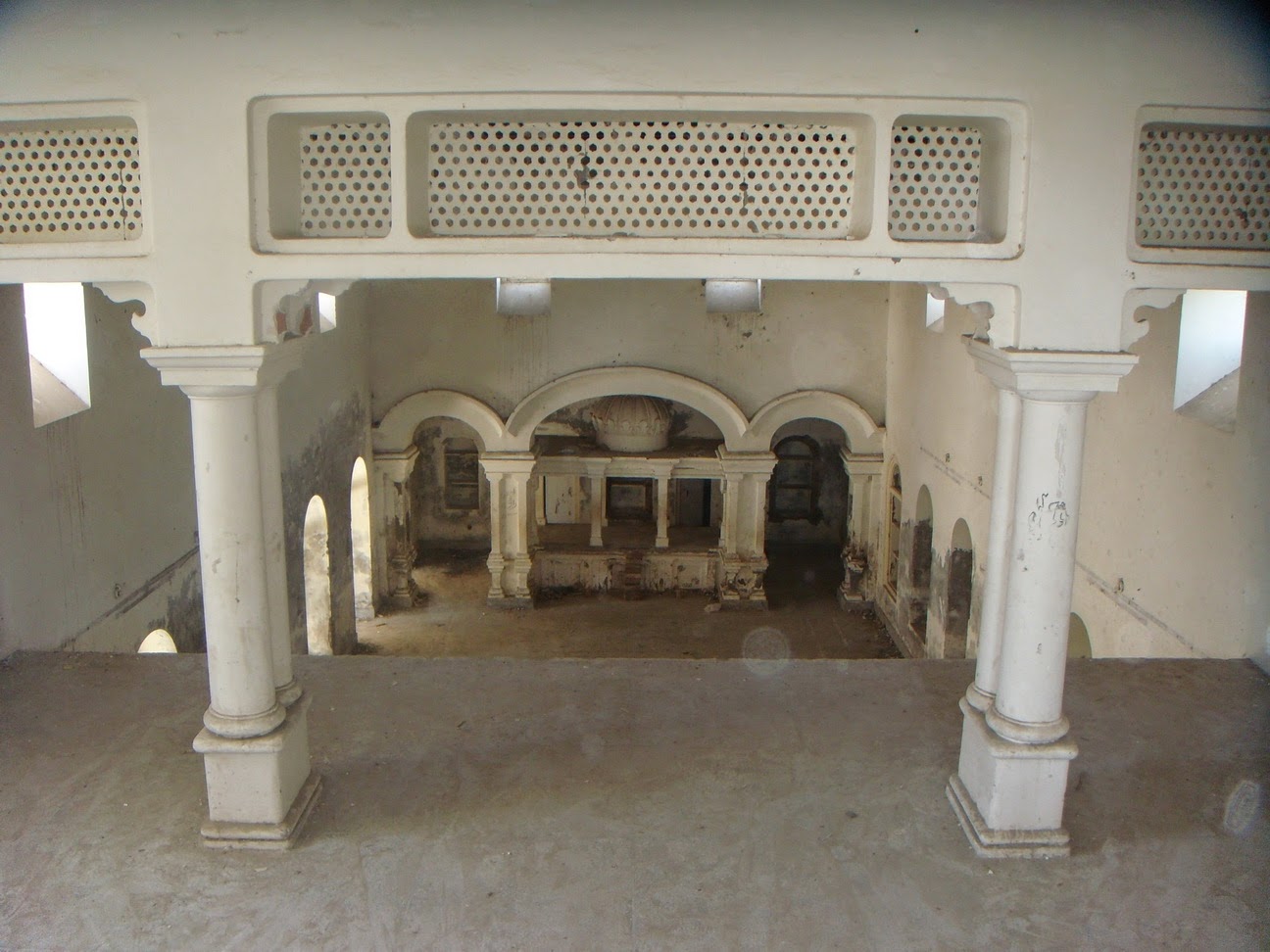 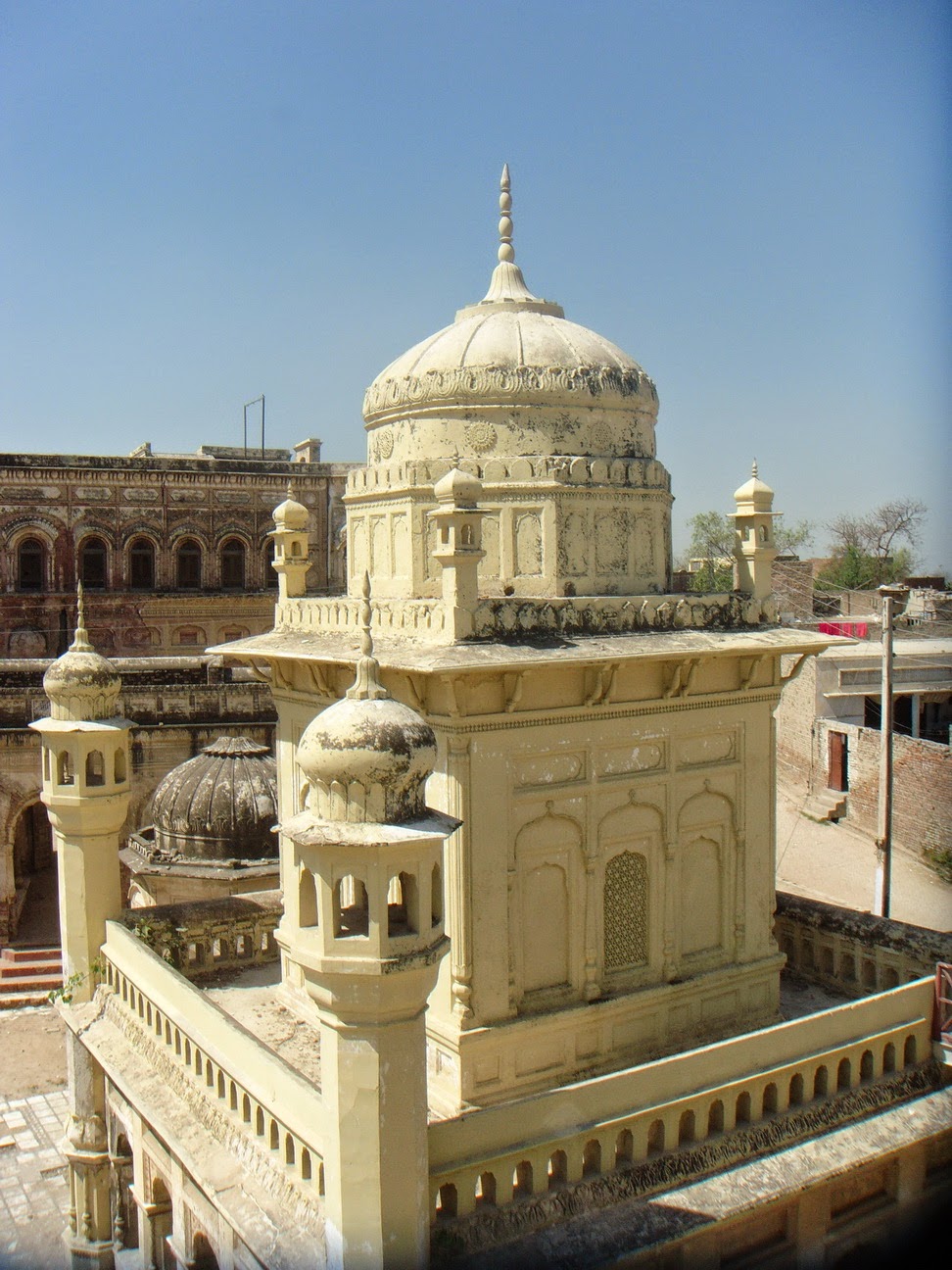 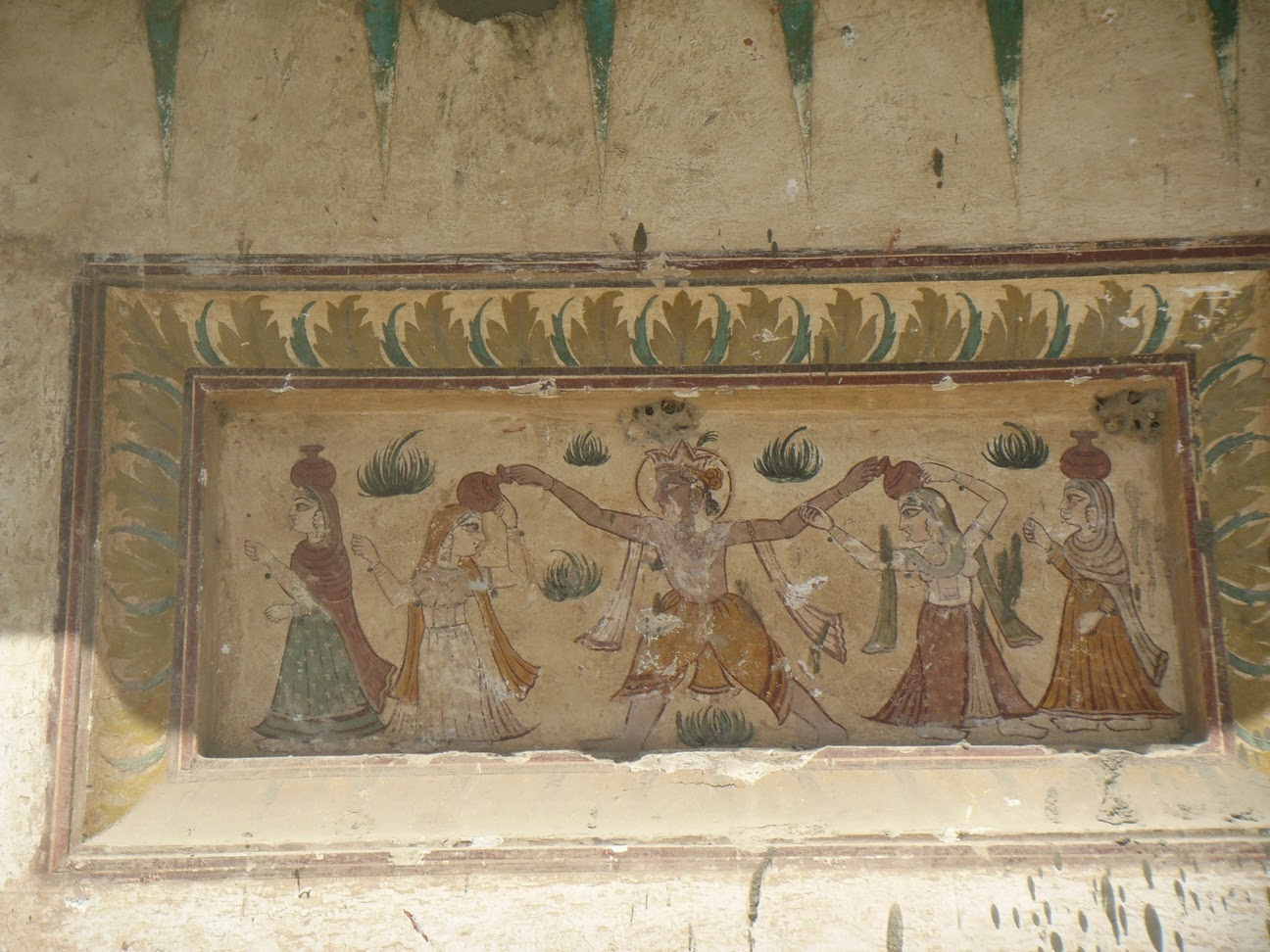 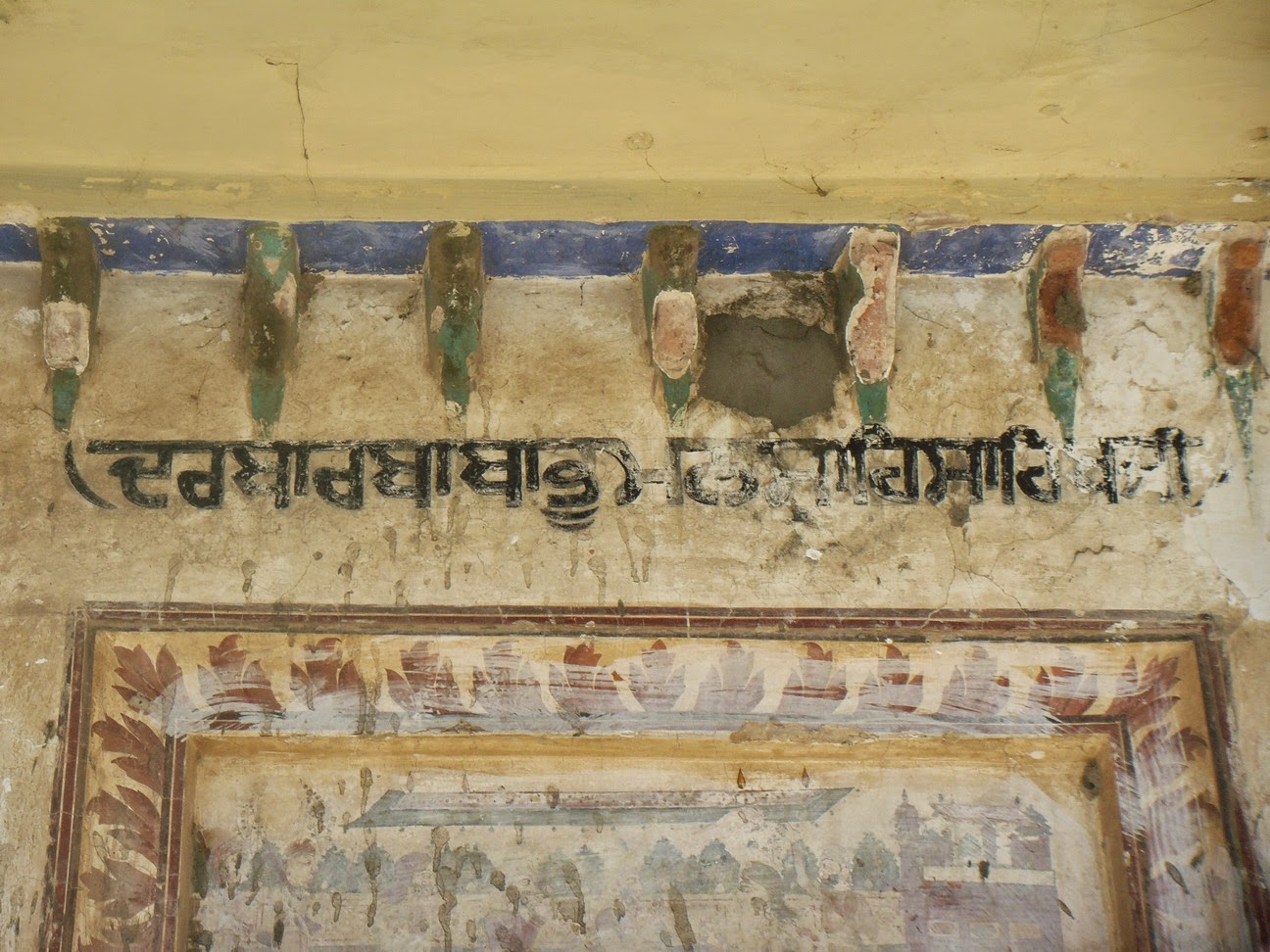 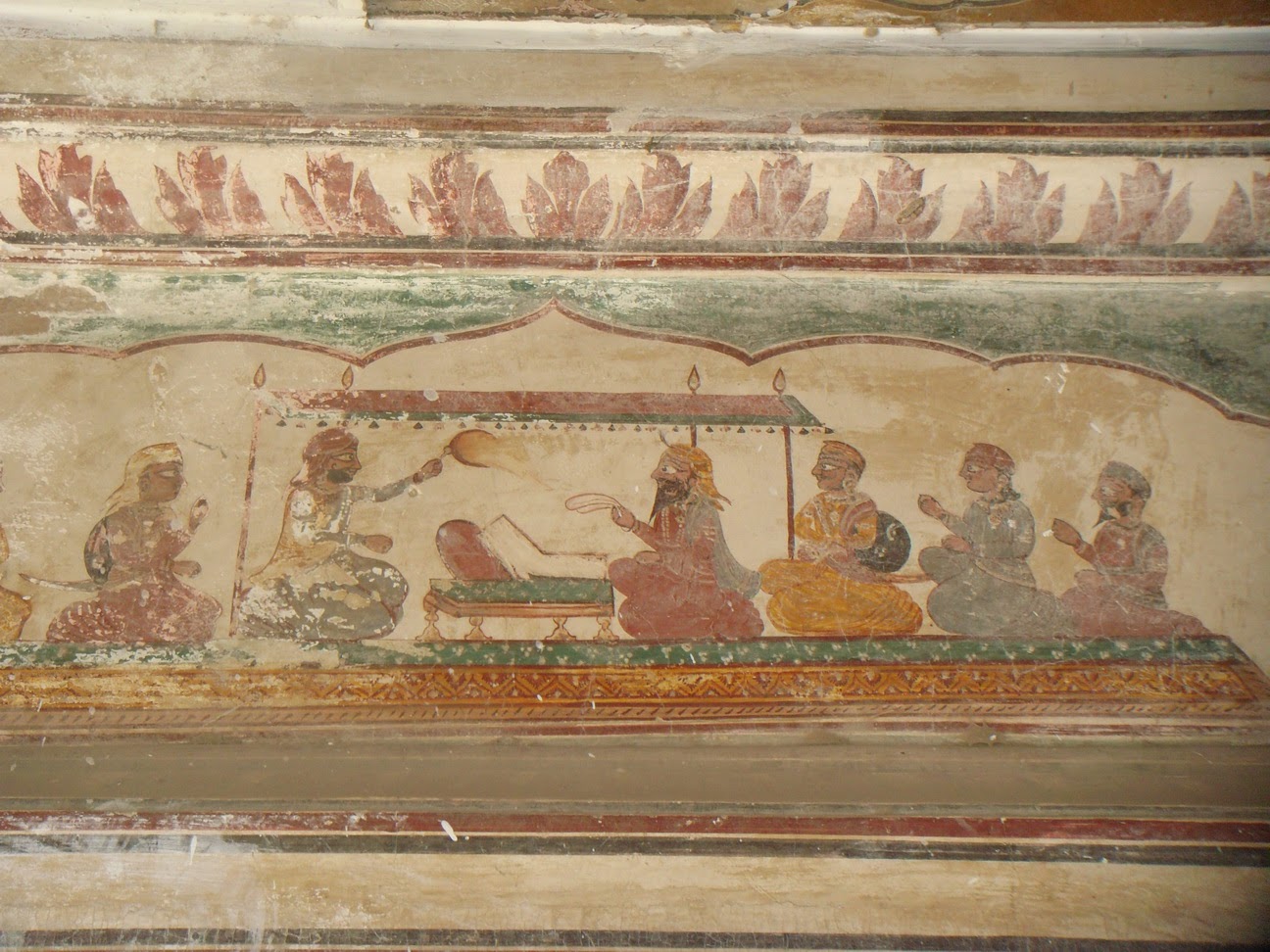 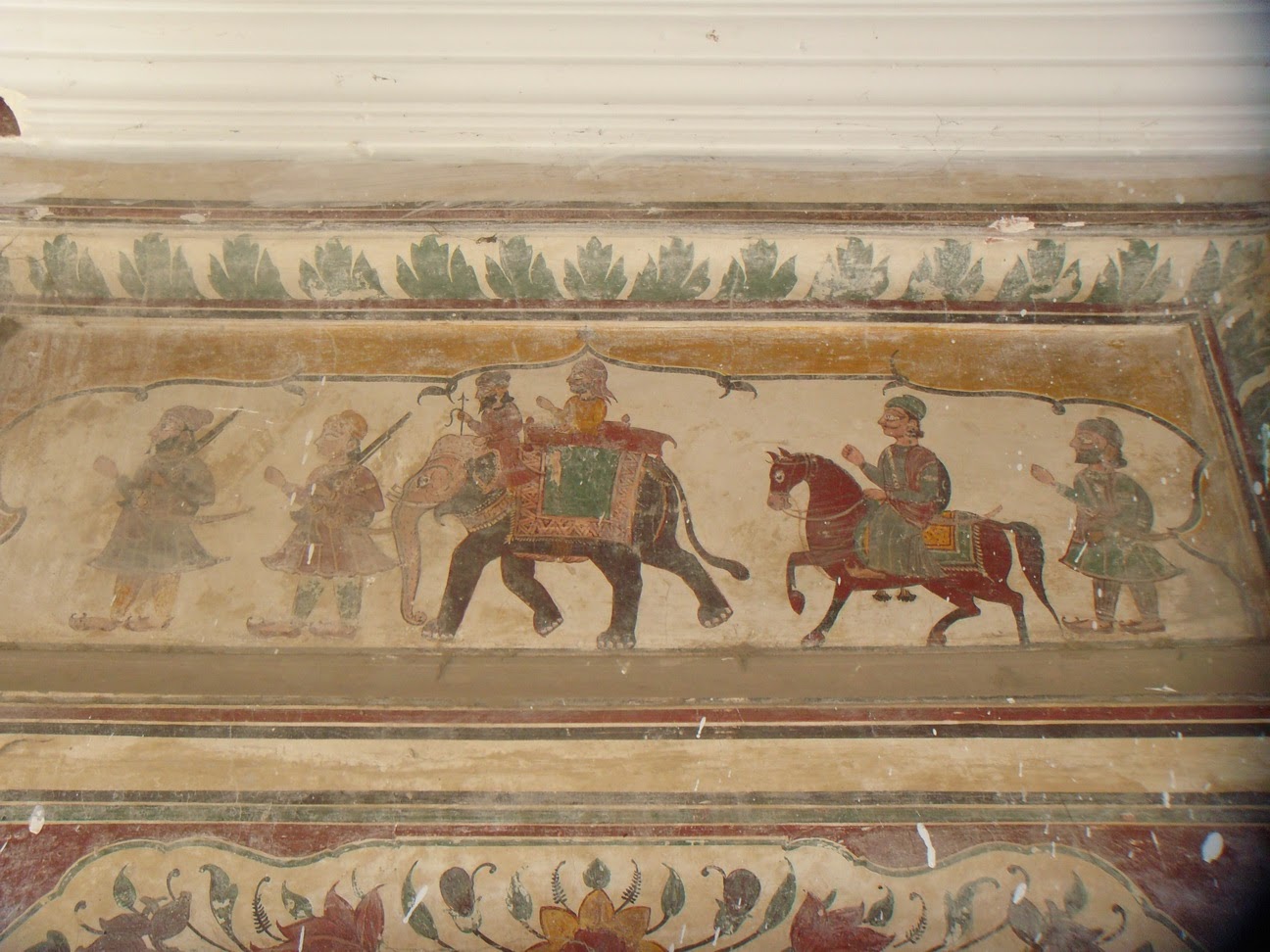 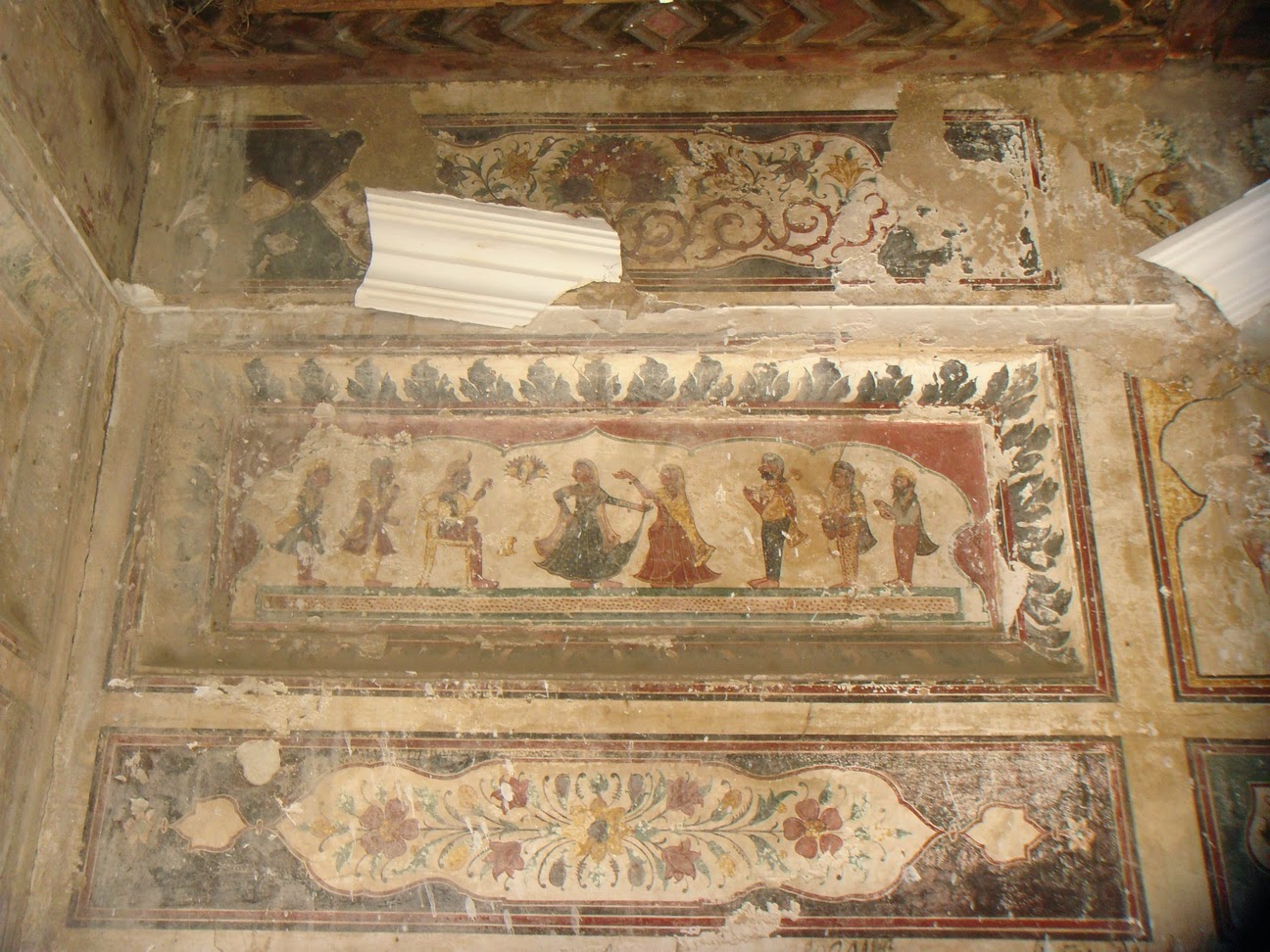 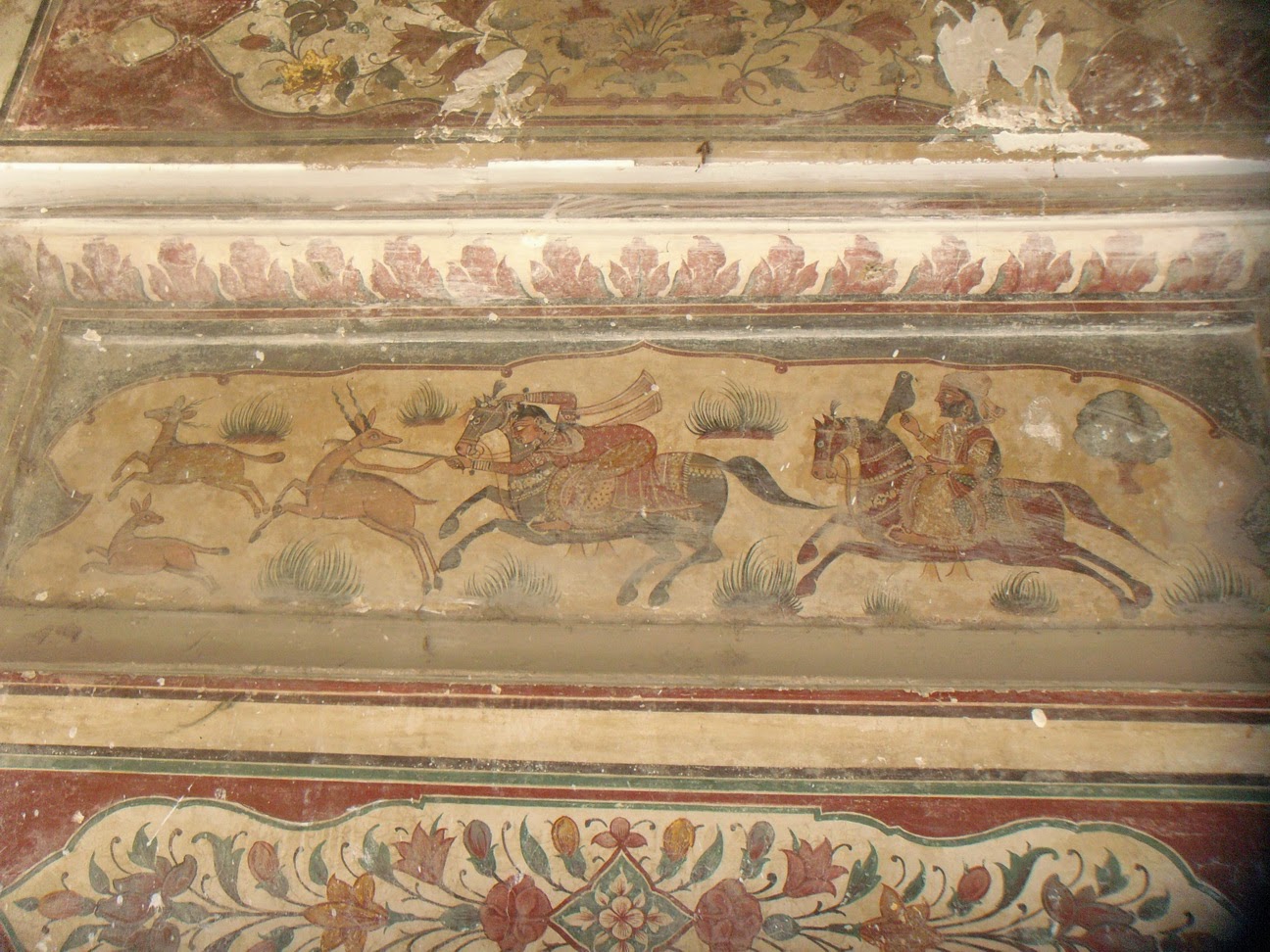 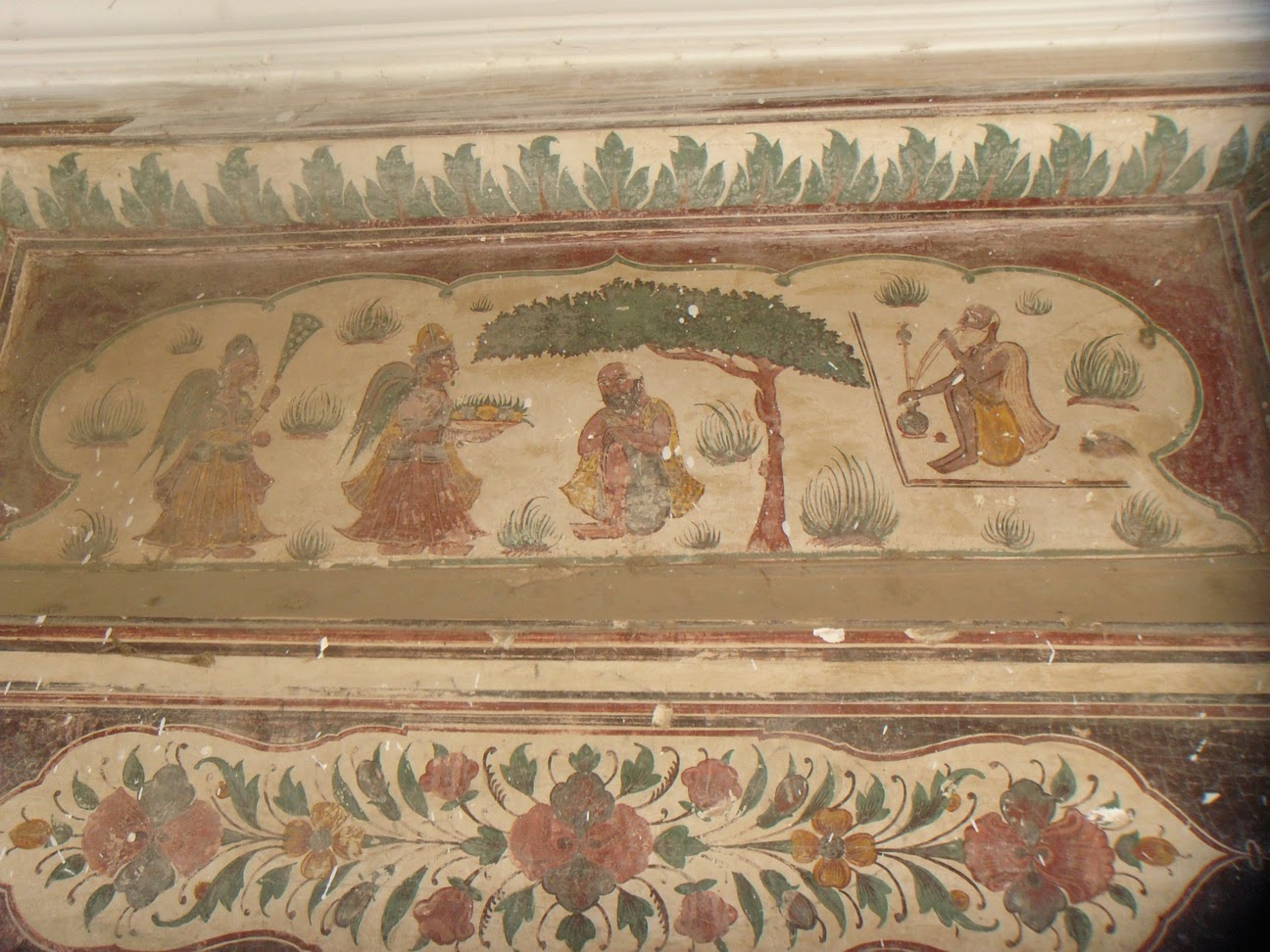 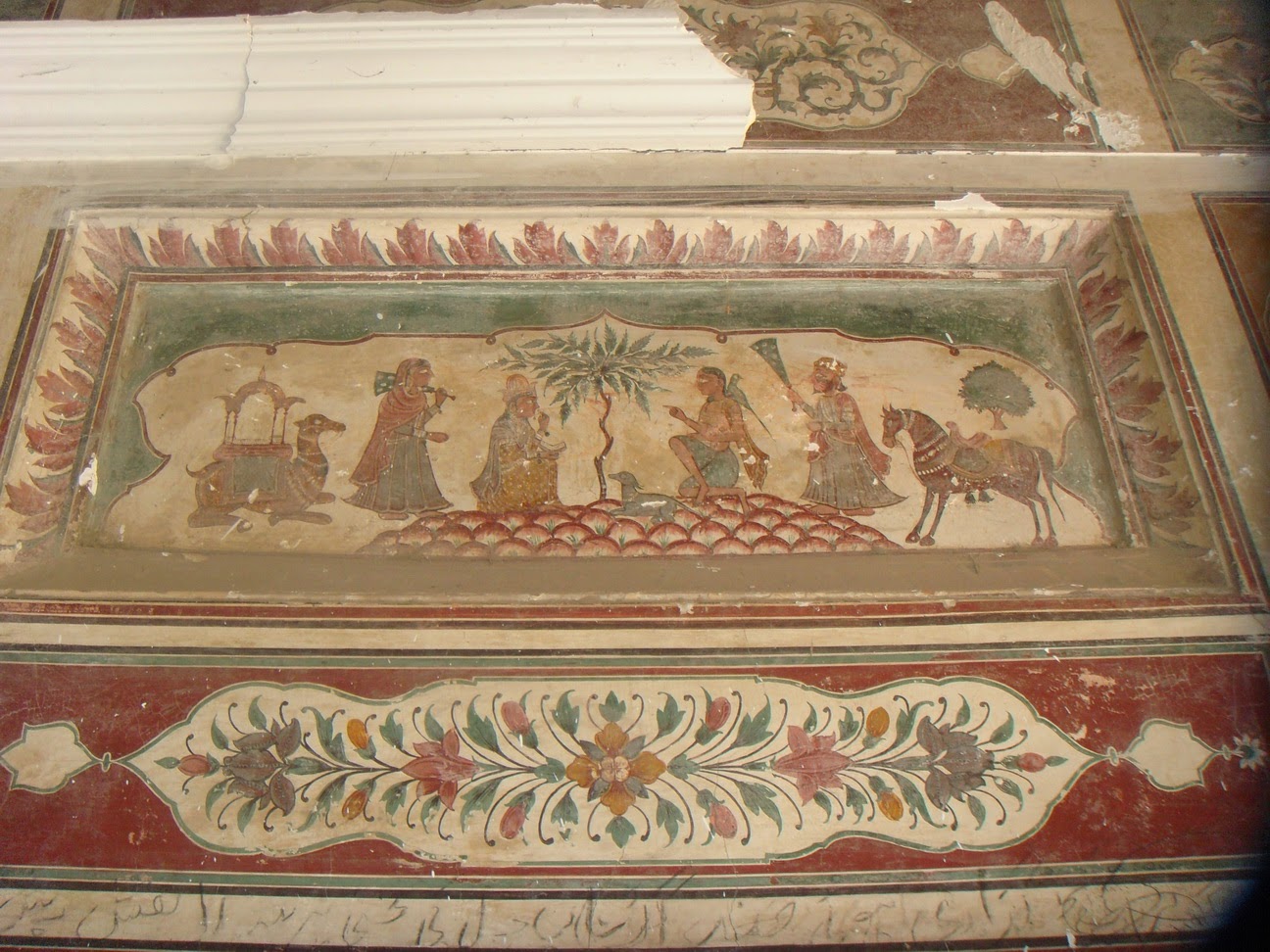 
In addition to this gurdwara a big dharamsala, guest house for devotees, also exist beside this gurdwara. Which is also in occupied by dozens of families and divided haphazardly. But so far it is also in a good condition. 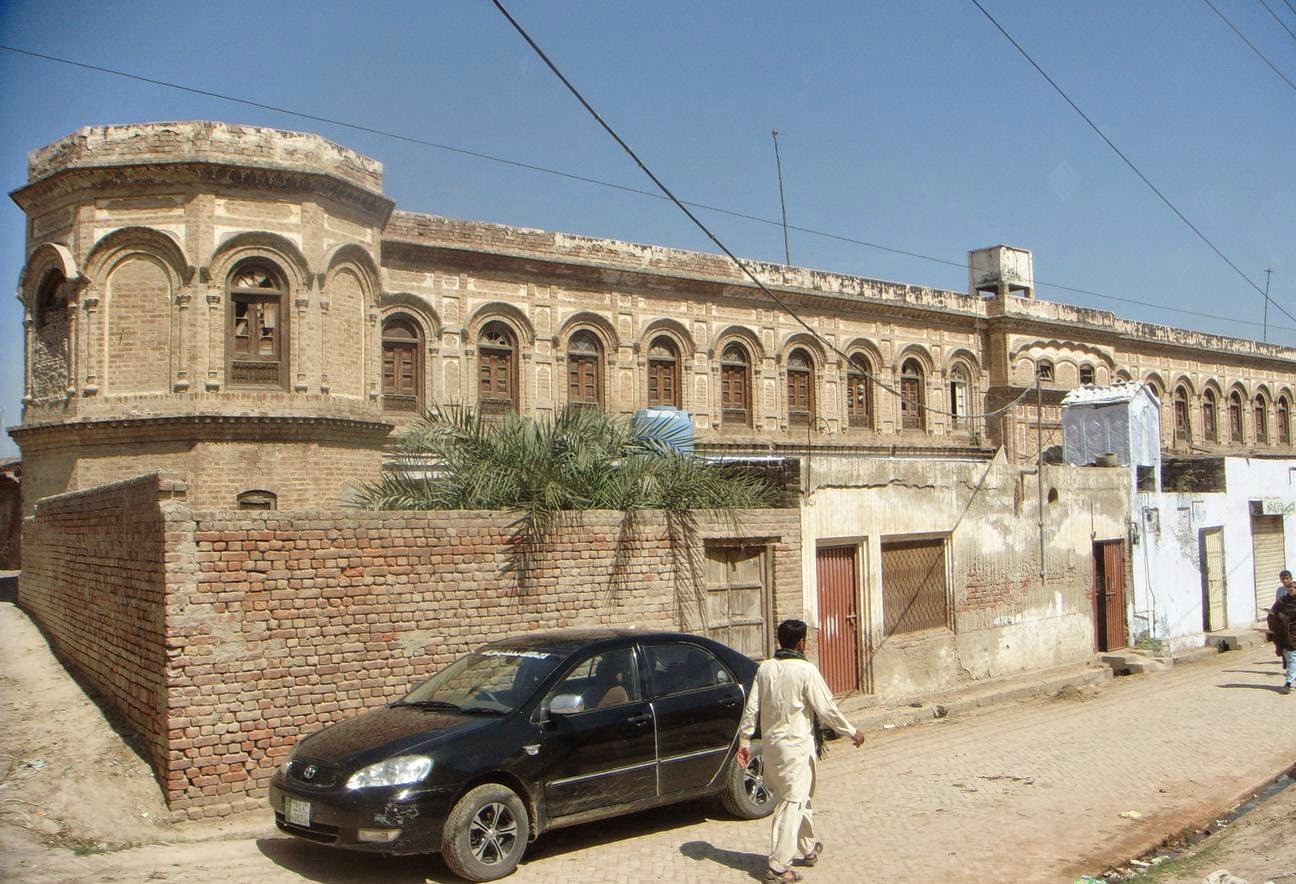 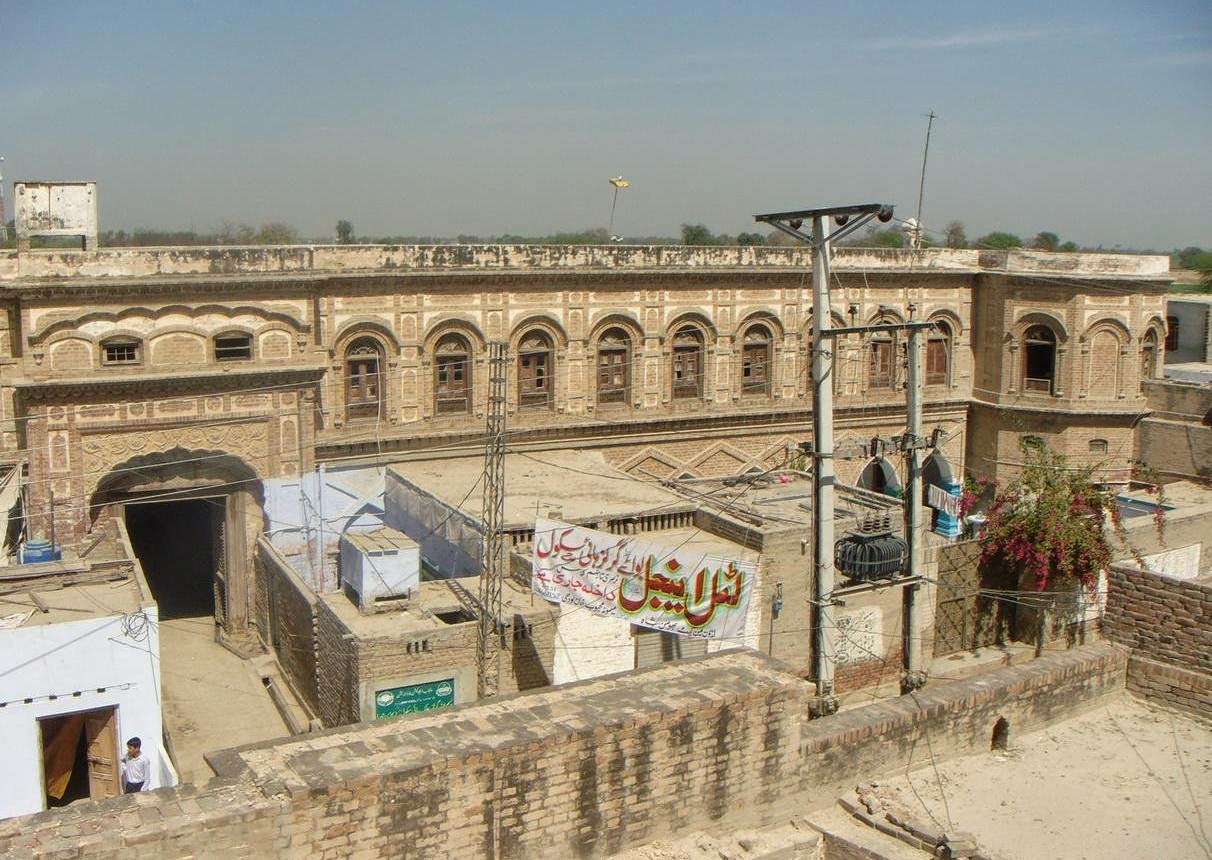 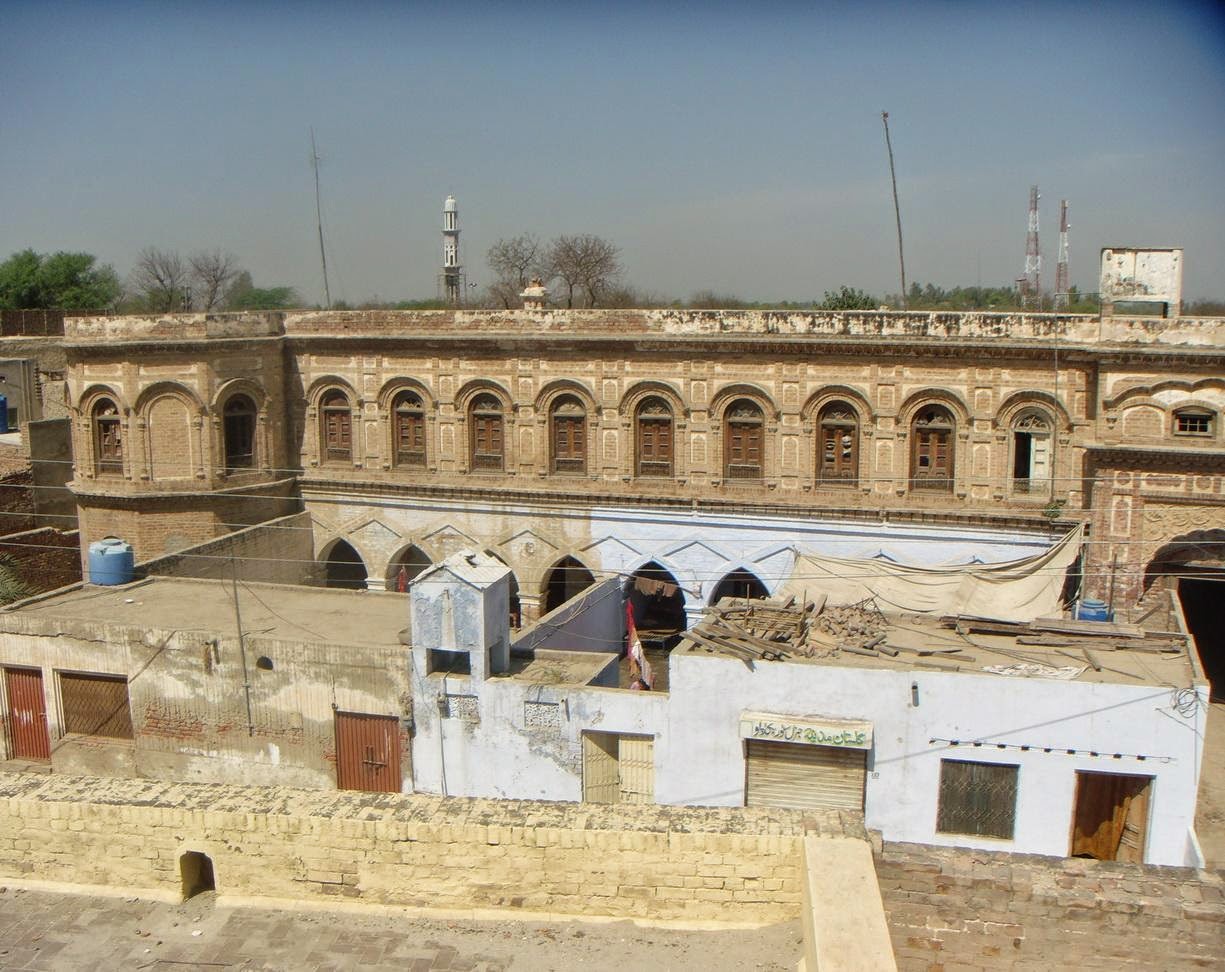 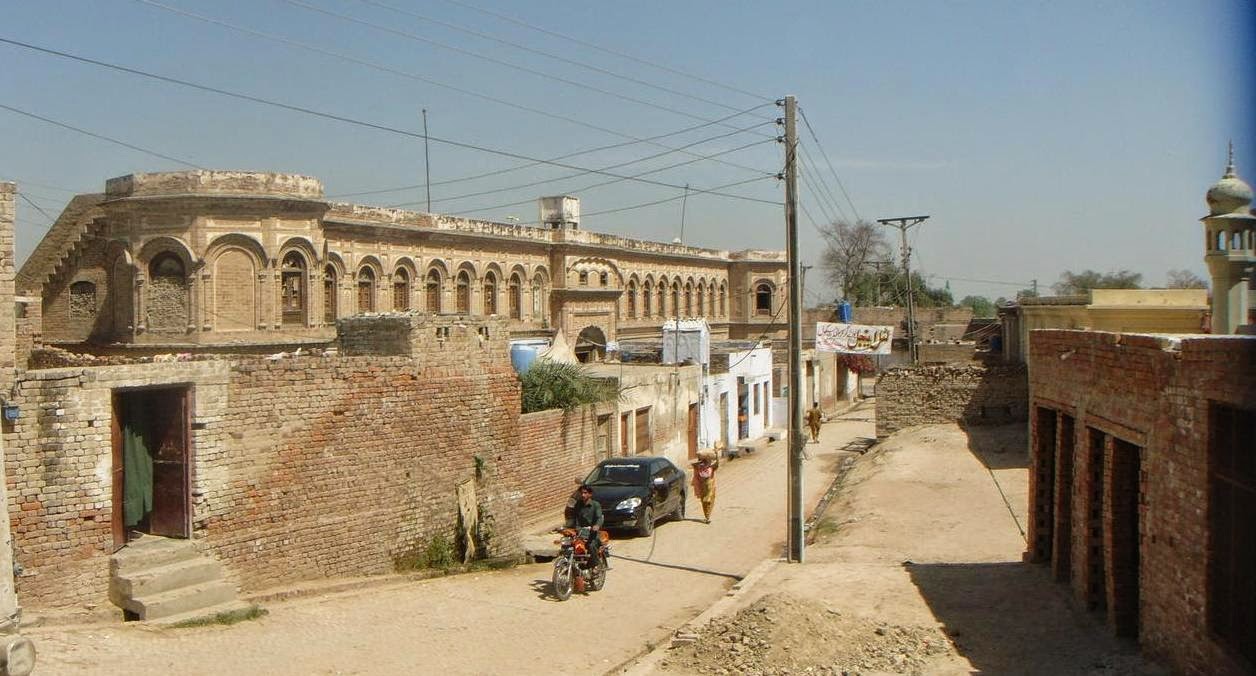 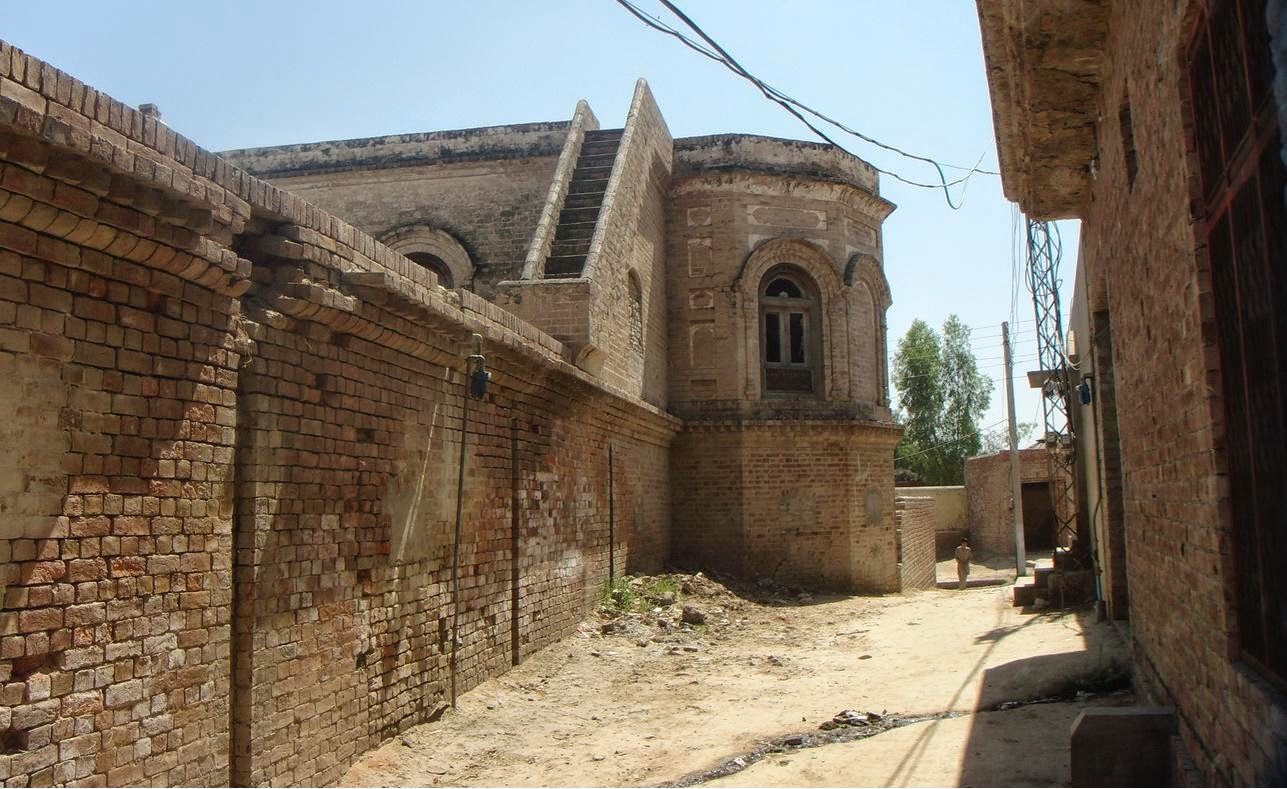 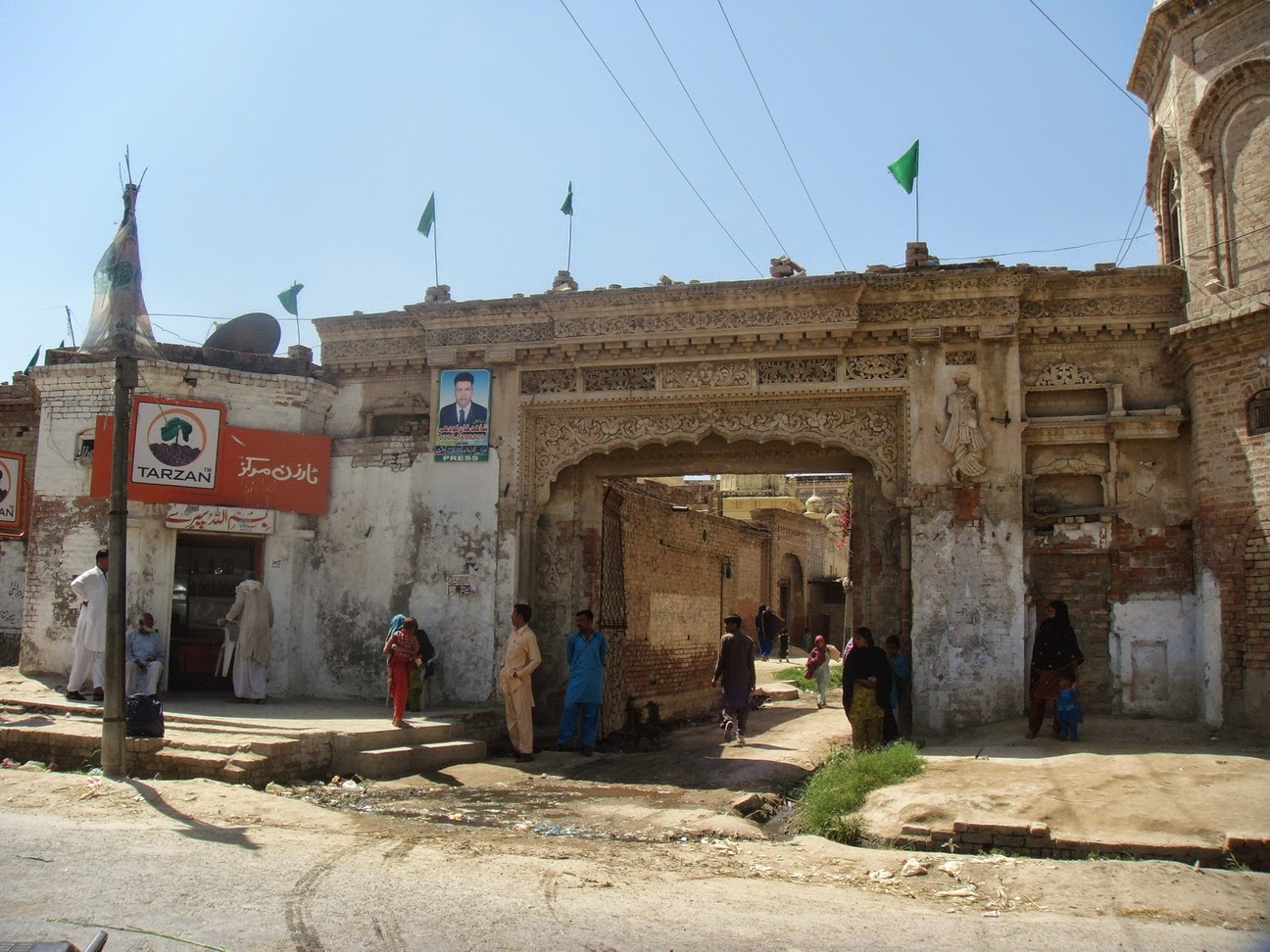 
It is a big complex housing a gurdwara, dharamsala and a haveli. I am sure that not many such monuments exist in Pakistan. Repair and maintenance can turn it into a master piece of traditional art and architecture. It can house a big museum of art, culture and history of this region. With proper arrangements, it can be turned into a big tourist attraction for Pakistani and Indian, especially Sikh, tourists.


View Bhoman Shah in a larger map
Posted by Tariq Amir at 15:08