137 - The Princely States of Punjab

The English reached the shores of India in 1608 at Surat. In 1612 the East India Company's representatives met the emperor Jahangir and signed a commercial treaty. Gradually they established “factories” (trading posts) at many places along the lengthy coast of India. For the next century, the British confined their activities to trade. However, by the 1740s they had acquired significant political leverage in southern India. With their stronghold at Madras, they played a decisive role in regional politics. During this decade in Carnatic wars, the East India Co. defeated its regional adversaries and their French protectors. Now the way for expansion was open. The first big success came in 1757 when the company conquered Bengal and soon established its influence over Bihar and Awadh. By 1803 Delhi was also taken. This process completed in 1849 when Punjab, the last independent state was annexed. During this one century of conquest, many states succeeded in avoiding total annexation and retained some degree of autonomy. These states under the protection of British India were called the Princely States and numbered about 565. Punjab too had 34 such states and the demographics of these 34 states, prior to 1947, is the subject of this article. 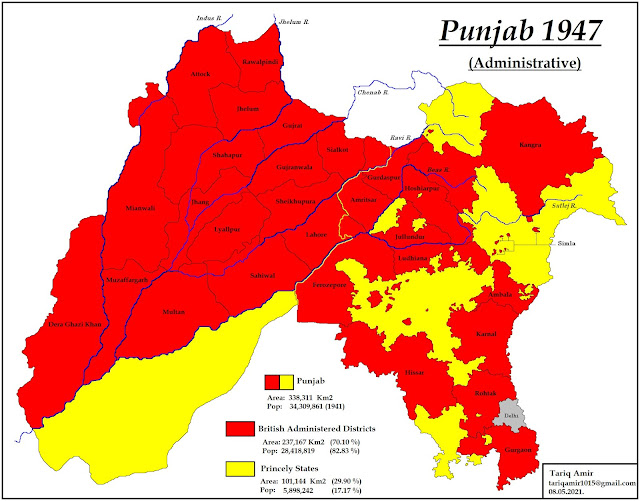 The Princely States of Punjab. 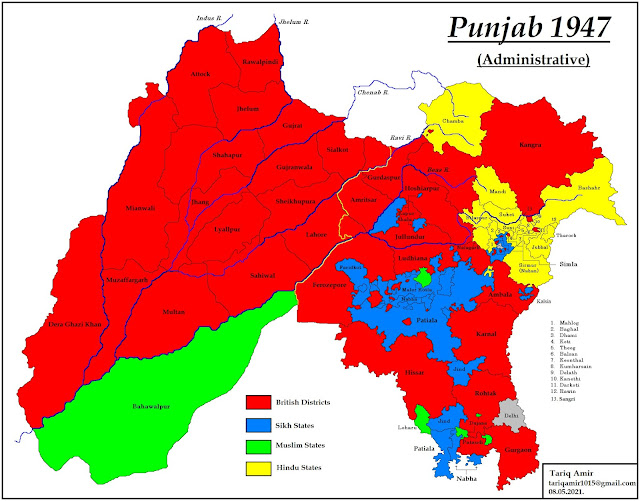 The Princely States by the religion of the rulers. 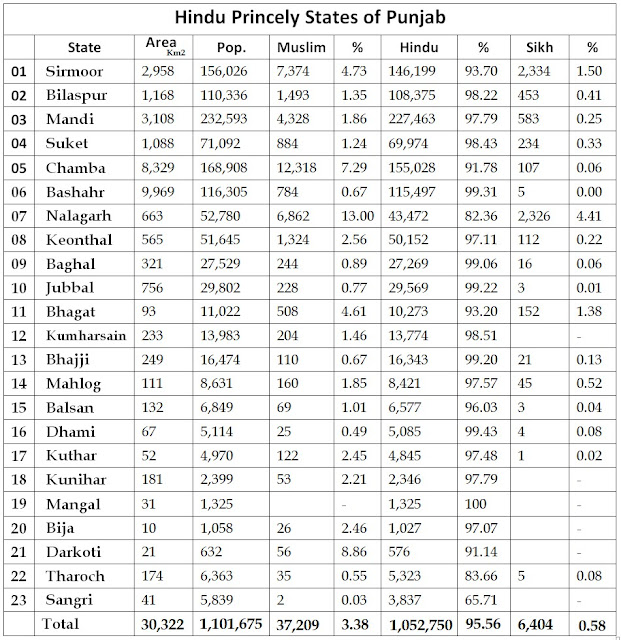 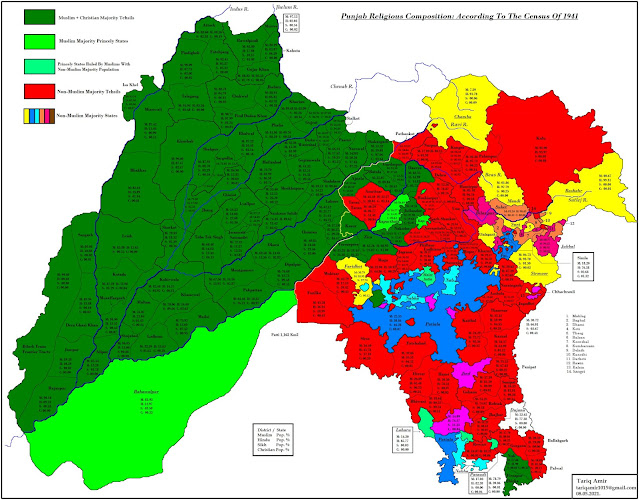 The princely states of India are an important segment of our history and played their role in shaping our future. I hope this article will be useful to the students of history. Here I would like to mention that you will find some exclaves of territories to the southwest of Delhi. These were small Muslim states and were confiscated by the British after the war of 1857 and given to the Sikh rulers as a reward for their help in suppressing the rebellion.

Some of the borders of the Hill States can be incorrect to some extent. But more or less this map gives a fairly accurate idea of the location of the states. However, I am open to suggestions to improve it further.