For some readers, this title would be intriguing. After all what Delhi, the capital of India for many centuries, has to do with Punjab. Moreover, in the popular imagination, Delhi and Punjab do not have much common in language and culture  (that's too is a misconception). But there is one close connection, which I would try to explain below.

The battle of Plassey in 1757 was probably the most important milestone in the history of the British conquest of India. Victory at Plassey provided East India Company a vast and a strong foothold in India in the shape of Bengal. Economically the most prosperous and populous subah of Bengal, that also included Bihar and parts of Orissa. In 1764 this occupation was formalized when EIC defeated the combined forces of Mir Qasim the Nawab of Bengal, Nawab Shuja ud Daula of Awadh and Shah Alam the Mughal Emperor. Shah Alam at the mercy of the British had no option but to sign a treaty under which he granted the East India Company Diwani of this subah, that is the right to collect revenues in Bengal and administer it as they pleased. That was the formal inauguration of the British Rule in India. State of Awadh (Oudh), one of the biggest in India, too came under the influence of EIC.

The victory against Tipu Sultan in 1799 tilted the balance of power in India in favour of EIC. In 1801 the company forced Nawab Saadat Ali Khan of Awadh to cede Lower Doab and Rohilkhand to EIC, more than half the territory of the richest state in India. Now the road to Delhi, which was under the protection of Marathas, was open and was captured just two years later in 1803 after their defeat in the Second Anglo-Maratha War. Along with Delhi city, many districts to the west and north of the city came under the control of EIC. These territories were named Delhi territories and were made part of North-Western Provinces or NWP, with capital at Agra. The same province was renamed the United Provinces of Agra and Oudh, after the annexation of Oudh in 1856. 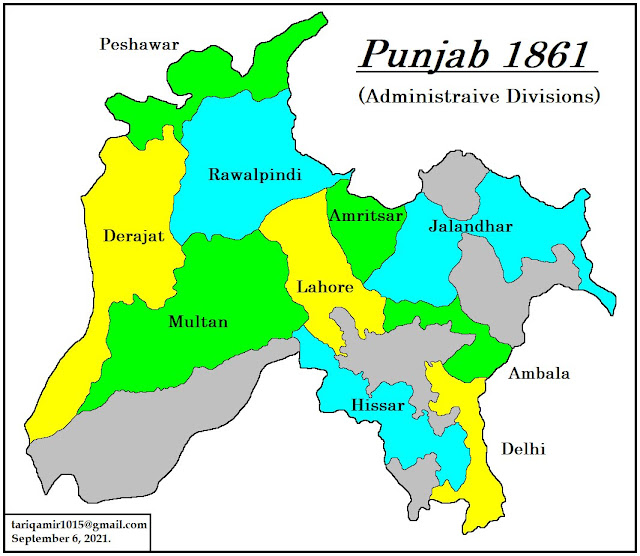 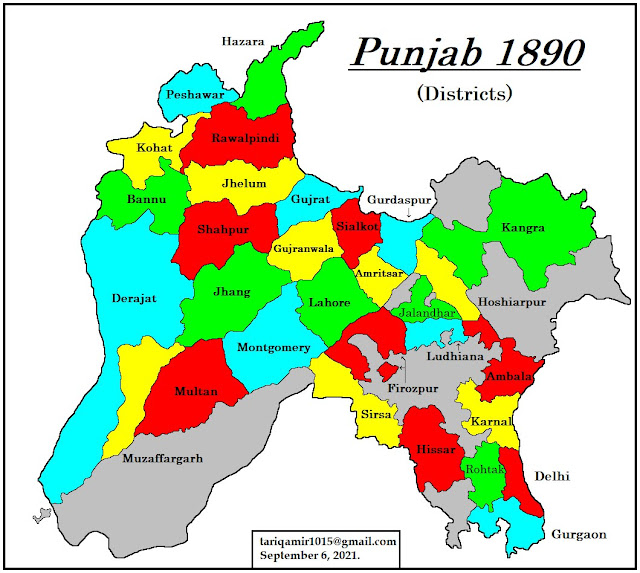 Punjab 1890 (NWFP still was the part of Punjab)

This arrangement continued until 1857, when almost out of blue a mutiny broke out in the Bengal Army (as the largest part of the EIC army in India was called) and Delhi fell to the rebels on 11 May 1857. The city was recaptured by the English forces in September the same year, and the control of other lost areas was also regained over the next year.  After restoring law and order and re-establishing control over the city and the surrounding areas, the British authorities made some administrative changes and made Delhi and the adjoining territories, part of Punjab. This new arrangement continued until 1911, when the government of India decided to shift the capital of India from Calcutta to Delhi. At that point, Delhi was detached from Punjab and made a union/capital territory. Hence, it is an interesting fact of history that Delhi was a part of Punjab for almost half a century. 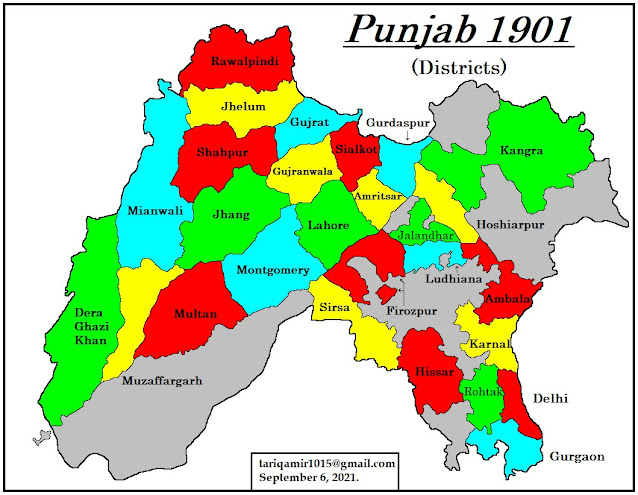 Punjab 1901 (After the separation of NWFP) 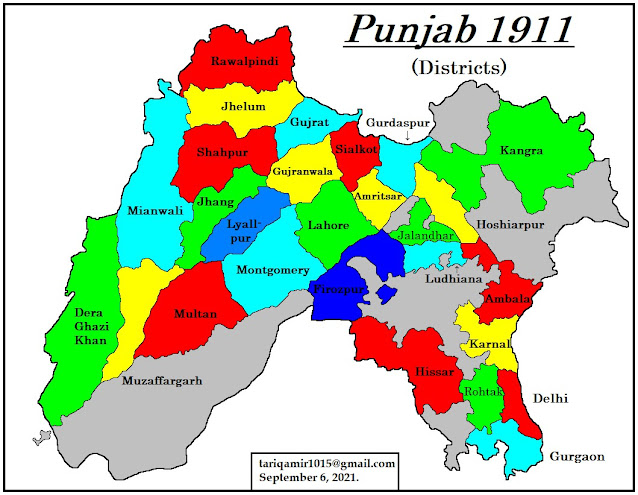 Punjab 1911 (The year Delhi was separated from Punjab)

As the city was administratively part of Punjab, so Punjab government and Punjabi contractors played an important part in the construction of new buildings and infrastructure for the new capital. One such example is of Sardar Sobha Singh (father of Khushwant Singh), a successful contractor from Hadali, district Khushab (then Shahpur). He constructed many landmarks of New Delhi like Connaught Place and India Gate. During this phase, many Punjabis came to Delhi and settled here. The next wave of settlers from Punjab came in 1947 when Sikhs and Hindus had to flee West Punjab and many of them were settled in Delhi.

Once Lahore, Delhi, and Agra were considered three imperial cities of the Mughals and Delhi was the most prominent of all three. But ironically first it was ruled from Agra for half a century and then for almost the same period from Lahore. However, it regained its lost glory in 1911, and still, it is the capital of the independent Republic of India and one of its most important cities.

For the interest of my readers, I am sharing the census of 1911 figures for Punjab،  the last census before Delhi was separated from Punjab and made the capital territory. 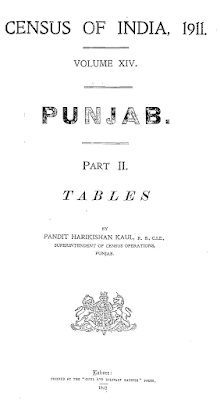 For the geographical details of the states you may visit my following post:
https://pakgeotagging.blogspot.com/2021/05/137-princely-states-of-punjab.html