161. Tipu Sultan, the Lion of Mysore: His family origins in Punjab

A few years ago I came across a very interesting piece of information about Tipu Sultan, the legendary ruler of Mysore. The writer claimed that the ancestors of Tipu Sultan moved to Deccan from Punjab. But neither details or source of this information was given, nor the writer gave the location in Punjab, where they came from. However, it was not a thing that I, being from Punjab myself, could ignore or forget. Hence kept looking for the answers and finally, a few months ago I found a book in Urdu "میسور  کا شیر" i.e The Lion of Mysore, written by Prof. Dr. Attash Durrani. It is a good book and certainly one of the best written in Urdu on Tipu Sultan. But the real revelation in this book for me was the information about the family origins of Tipu Sultan.

I have translated a few passages from this book, where the writer has discussed the origin of Tipu Sultan's family:

The most important points in the biography of Sultan is Tipu's name, family and ancestors, about which the difference of opinion is so great that without discussing them this book would be incomplete.

"Haider Ali's great grandfather was Sheikh Wali Mohammad Qureshi, who during the reign of Mohammad Adil Shah (1627 - 1656), due to certain circumstances, from the near Delhi (Punjab), migrated from his homeland and came to Gulbarga (Kalaburagi)".

"Haider Ali's great grandfather / ancestor's name was Sheikh Behlol, who was an inhabitant of a village in northwestern Punjab. He came to Delhi from Punjab. His two sons Mohammad Ali and Mohammad Wali also accompanied him. From Delhi both settled at Alwand, Gulbarga. Where Mohammad Ali's was married to the daughter of a hermit in a monastery".

"Haider Ali's ancestors came to Delhi during the reign of Mohammad Ibrahim Adil. After Delhi, Sheikh Ali Mohammad stayed in Gulbarga. At the same place, at the monastery of Banda Nawaz Gesoo Draz he married Majeeda Begum, the daughter of a hermit. Four sons were born to them. Haider Ali was a Qureshi by race."

According to Colonel Boring:

"Haider Ali's ancestors were inhabitants of a village in northern Punjab and belonged to a branch of Rajputs. Their ancestor was a sufi saint Behlol. Mohammad Behlol's two sons Mohammad Ali and Wali Mohammad migrated to Gulbarga from Punjab."

"Some English historians have written about Haider Ali of obscure and of low ancestry. They are totally wrong in their thinking. Haider Ali's family belongs to a branch of Rajputs of Punjab."

The writer of History of Jhang has declared his ancestor Sheikh Mohammad Behlol a resident of Jhang and has written that during his lifetime his two sons Mohammad Ali and Wali Mohammad went to Gulbarga. Sheikh Behlol's tomb is in the village Behlol of Chiniot. Sheikh Behlol belonged to a sub-clan Supra of Rajputs and was the mentor of Shah Hussain of Lahore of the Chishti order.

Now, once established that Tipu Sultan's family belonged to Punjab and even the name of the place became known to me, it was not difficult to investigate the matter further. As soon as I got an opportunity I reached Tibba Shah Behlol, on 13th July, 2022. This village is seven kilometers from the famous town, of Pindi Bhattian (of Dulla Bhatti fame), just 6 kilometers from the interchange of the same name on M2.

First, we reached the tomb of Hazrat Shah Behlol Daryai, which is located about 2.5 kilometers west of the village, in open lush green fields. A few houses exist nearby and a graveyard also surrounds the tomb. It is a large beautiful building, built in the traditional way, a square with a large dome and surrounded on all four sides by the veranda, with arches and pillars.

The Dargah was almost empty. A caretaker informed us that a fair was held just a couple of days before and by then all the devotees had left. He confirmed that Sheikh Shah Behlol was an ancestor of Tipu Sultan of Mysore. For further information, he advised us to meet descendants of Shah Behlol living in the nearby town of Tibba Shah Behlol.

We reached the home of a descendant of Shah Behlol and met Mian Qamar  Mumtaz who received us warmly. He is a Sales Manager in a property development project. He accompanied us and we met his father, uncles, and a few cousins. They confirmed the connection of their family with Tipu Sultan and were obviously proud of this fact. However, presently they have no contact with the descendants of Tipu Sultan, who mostly live in Kolkata. 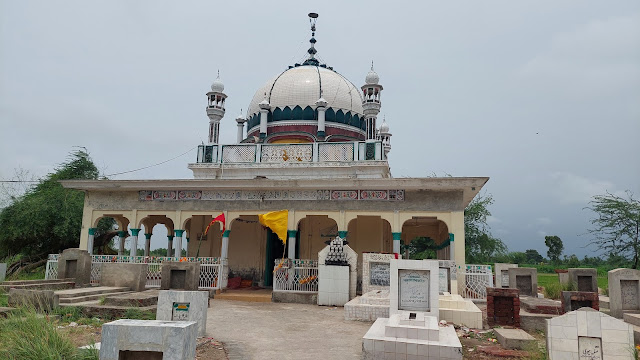 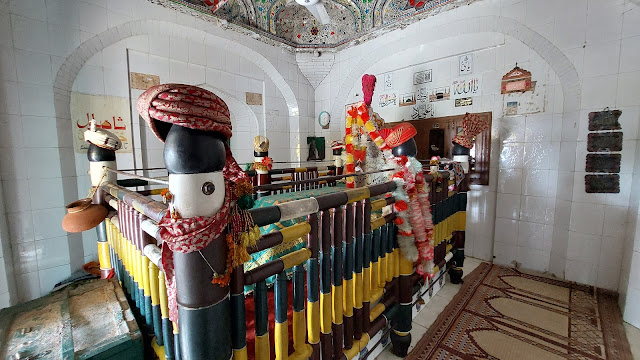 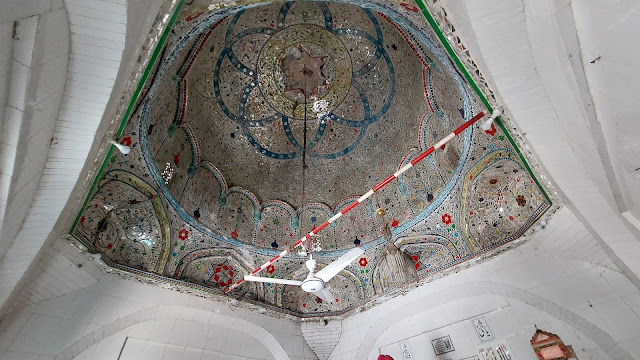 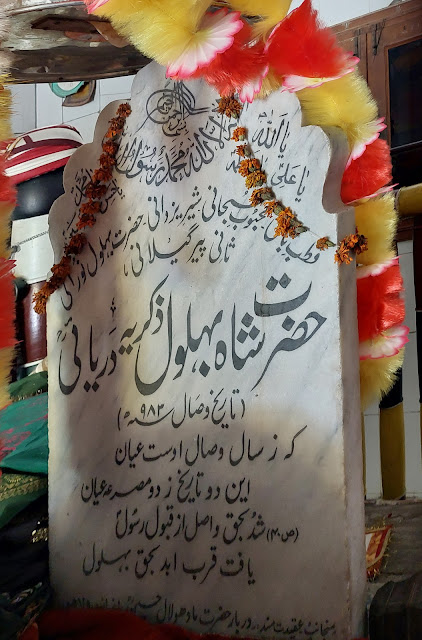 (Date of death: 983 AH - 1575 AD)
It is obvious that the year of connection is clear
These two dates are obvious
He was rightly accepted by the Messenger
He found near to eternity right Bahlool 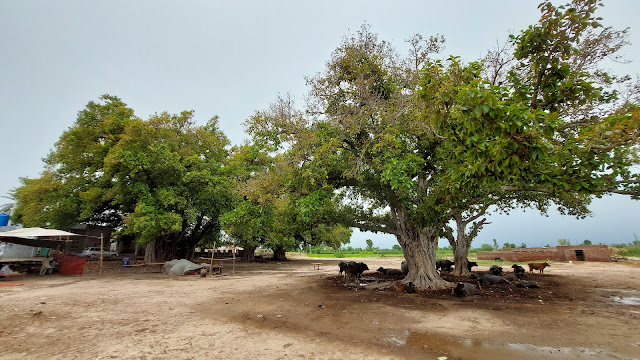 Old trees near the mausoleum. 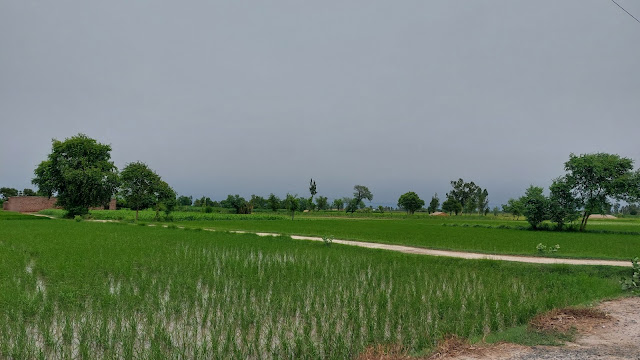 The mausoleum is surrounded by lush green fields. 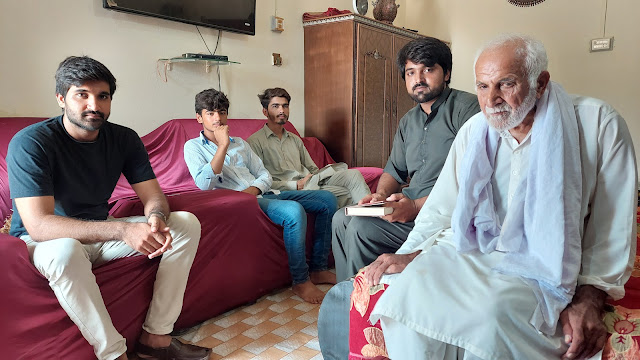 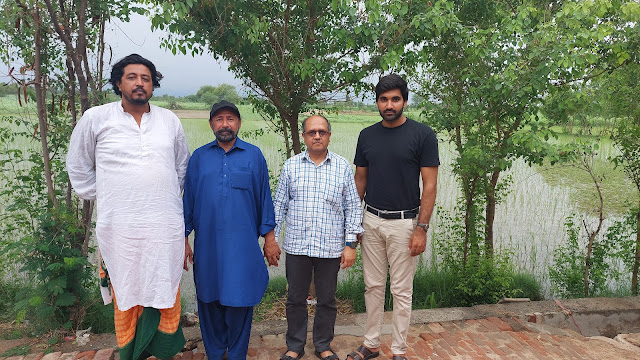 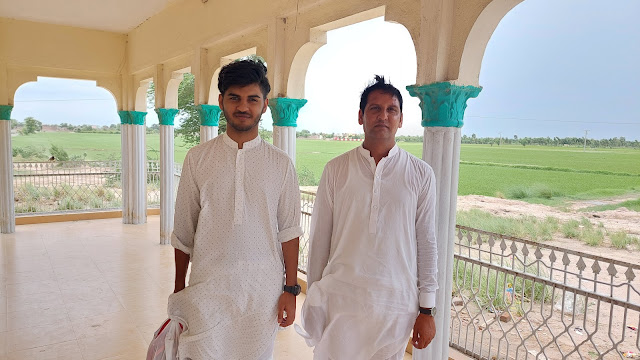 In his book میسور کا شیر - The Lion of Mysore; the writer Prof. Dr. Atash Durrani gives the year of this family's migration to Deccan as 1620. The head of this family was Wali Muhammad Khan,  a Sufi, who came and stayed at the mausoleum of famous sufi saint Hazrat Banda Nawaz Gesu Daraz in Gulbarga, during the reign of Mehmood Adil Shah (he reigned from 1627 - 1656) and was well received by the caretaker of the shrine. And later he married his daughter to Muhammad Ali Khan, the son of Wali Muhammad Khan.

After his father's death, Muhammad Ali migrated to Bijapur (Vijayapura). He did not stay there for very long and settled in Kolar, further south. He died in 1697 and was buried in Kolar. He was the father of Fateh Muhammad who was born in Kolar in 1684 and the grandfather of Hyder Ali.

Hyder Ali's father was Fateh Muhamad, he was born in 1684 during the reign of Aurangzeb at Doddaballapura, a city 50 km north of Bangaluru. He died in a battle in 1729 and was buried near his parents in Kolar. At that time he was in the service of the Subedar of Sira as a Faujdar. He was a military commander of considerable stature and qualities. He too was buried in Kolar, a city 45 km east of Bangaluru. This city was given to Fateh Muhammad as a jagir by the Raja of Mysore (Mysuru).

While looking for more information I found a video on Youtube, about the tombs of Haider Ali and his family in Kolar. Haider Ali's grandfather Muhammad Ali's grave also exists in the same complex. It also establishes the fact that the name of Fateh Muahammad'd father was Muhammad Ali Khan sahib. Muhammad Behlol, a stepbrother of Nawab Hyder Ali's, was buried in the same complex, his name suggests the connection of the family with Shah Behlol of Tibba Shah Behlol. 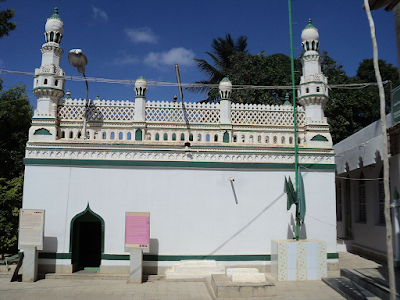 Hyder Ali was born around 1720 in a village called Budikote, 25 km south of Kolar. He rose to the most powerful position in the state of Mysore. In 1761 he became the Chief Minister, hence the de facto ruler of the state. He took the state to its zenith and enlarged it many times by the time of his death in 1782. He died in Chittoor and was buried in Srirangapatna. 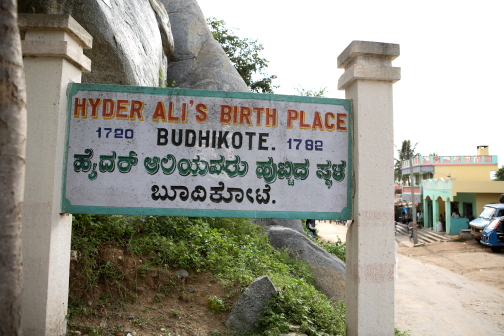 Sultan Fateh Ali Tipu was born on 1 December 1751, at Devanahalli, a fort 25 kilometers north of Bangaluru. He assumed the rule of Mysore state in 1782 after the death of his father Hyder Ali. He was a great warrior and an excellent administrator. Had he had peace and some favourable circumstances, he would have made the state of Mysore a great, well-developed, and prosperous one. He died fighting the East India Company forces in his capital Srirangapatna in 1799. He was buried along with his father and mother in the tomb, he himself had constructed in the early 1780s. After the martyrdom of the Sultan, the family was moved to Vellore, a town nearly 300 kilometers east of Srirangapatna. In July 1806, three battalions of the native troops of the British East India Company, stationed at the Vellore Fort mutinied but were suppressed soon. The British suspected the family of Tipu Sultan being complicit in the conspiracy and exiled the whole clan to Kolkata, the capital of the East India Company. In Kolkata, the sons of Tipu Sultan lived for a long time in comfort, but with many restrictions. Tipu had 12 sons, so a large family of his descendants live in Kolkata.

As I mentioned above, the family living in Tibba Shah Behlol has no contact with the other branch of the family in Kolkata. In this context, Mian Qamar told me a story, that Shah Behlol showed his displeasure at the departure of his sons and said that your children and ours would never meet again. Sources mention that Muhammad Ali and Muhammad Wali, his two sons who reportedly left for Gulbarga, did so in his lifetime. So probably Shah Behlol was not happy at leaving them to faraway places with uncertain future.

Hazrat Shah Behlol's year of death is given as 983 AH, which corresponds to 1575 AD., at the tombstone of his grave. But some other sources like Tazkra Auliye Jhang, give his year of death as 1039 AH, which corresponds to 1630 AD. This seems to be more correct as events can be put in proper chronological order. Otherwise, the year 983 AH, leaves a big gap between his death and the later events. As far as the Shah Behlol's descendants at Tibba Shah Behlol are concerned they have no clear idea about.

However, these few facts establishes without any doubt that the ancestors of Tipu Sultan came from Tibba Shah Behlol around 1620 and settled in the southern parts of the present day Indian State of Karnatka. William Dalrymple in his recent book, The Anarchy, published in 2019, writes that Tipu Sahib's family came from Punjab. An excerpt from Tazkira Auliye Jhang, is available on the the following link, giving some details about the family of Tipu Sultan:

While writing this article, I thought it would be interesting to establish a link between the two branches of this family at Tibba Shah Behlol and Kolkata. Indeed it is surprising that even in this age of modern communication, it already has not been done. Anyway, it is never tool late.