Ever wondered exactly how many -stans are there in the world? I am mean the names of countries or regions with the suffix "stan". Stans in Persian means place or land. So Uzbekistan means land of Uzbeks, similarly, Afghanistan means the land of Afghans. Its equivalent in English is land, as in England or Scotland.

It is difficult to provide a definite number of "stans" in the world. Because the names of some regions have changed and now are part of history. Some are historical regions and are no longer in use or relevant. Then it also depends on the language you speak. If you are a Turkish speaking person, then you can add more than ten more stans to this list. Most of these are not independent sovereign countries but are the administrative units of different countries. Almost all of them are in Asia and in the northern hemisphere. Eight of these stans are independent countries. The list is given below. 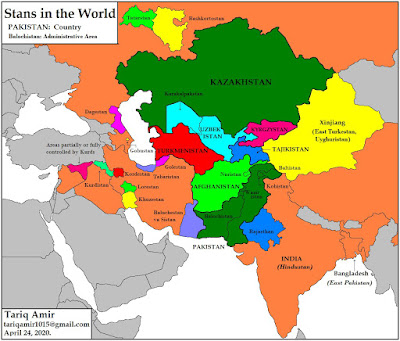 A map of all the stans in the world.

As we have noted above Pakistan is the most populous of all the countries with the suffix, -stan. It has nine sub -stans, details of which is given below: 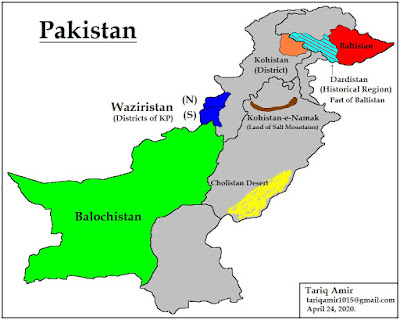 The above map shows the location of stans in Pakistan.

Uzbekistan is the second biggest country in this category and it has one large and one small administrative unit with this suffix and three towns. 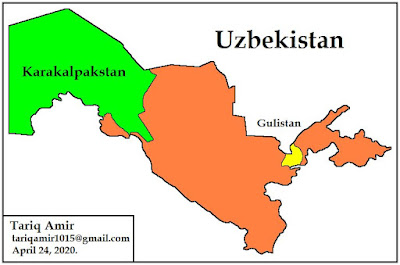 Being the home of the Persian language, no wonder Iran has the largest number of stans with many provinces, historical regions, districts and towns.

Before 1991, most of the above mentioned  -stans were part of USSR. After the dissolution of Soviet Union these states became independent. But still the successor state Russia has three administrative areas, which has the suffix of -stans. 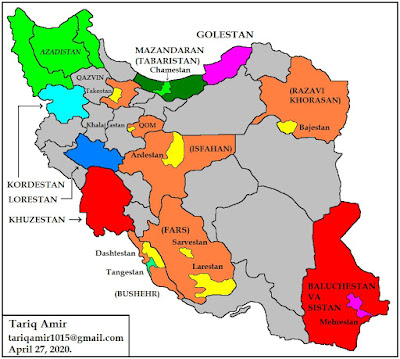 Afghanistan also has regions with the suffix of stan. One of them is a province and the second Zabulistan is a historic region, roughly encompassing the provinces of Zabul and Ghazni. 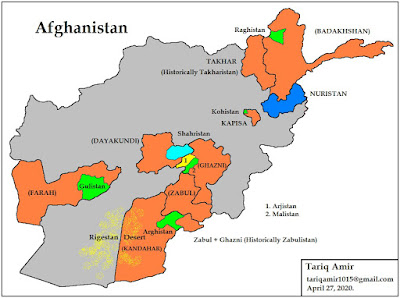 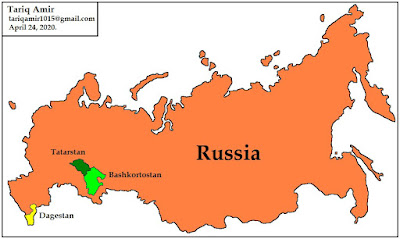 Iraq has a large Kurdish population, inhabiting north-eastern regions of Iraq. After the uprising in 1991 Kurds were able to establish a semi-independent state for the first time in the recent history of Kurds. Since then it has survived in various degrees of authority and borders. Kurds claim many areas outside their control but they still have to reach an agreement with the Iraqi government. 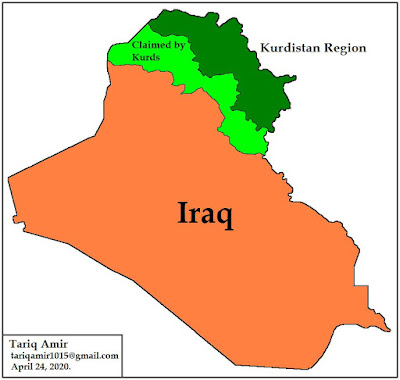 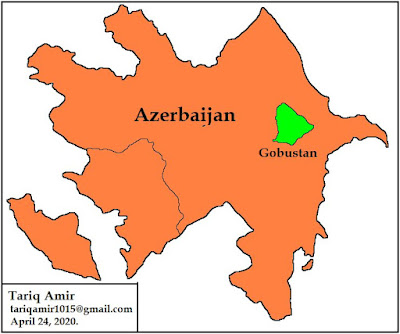 China's Xinjiang autonomous region was eastern part of Turkestan, a vast area inhabited by Turks in central Asia. It is often referred to as Chinese Turkestan or East Turkestan. But China does not recognize any such name. 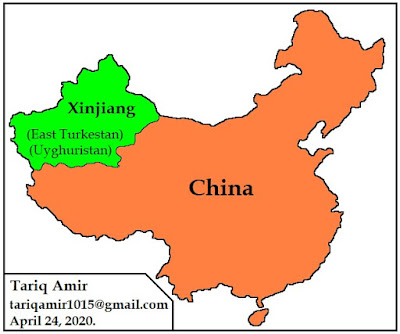 Now the last four -stans in the list. Hindustan is the historic name of India and still is widely used in and outside India, especially among Urdu, Persian and Turkish speaking peoples. Its one administrative unit is also called Rajasthan. Now the suffix than does not fully rhyme with stan but has the same meaning. And Hindi being a language of Indo-Aryan group of languages, as Persian is, there should be little doubt that -than has the same origin.

Two more -stans in India, were just an idea and proposed at the time of independence in 1947. One of them was Usmanistan, proposed for an independent state of Hyderabad. Hyderabad actually tried to maintain an independent status but failed. Similarly, some Sikhs thought of creating an independent country for Sikhs, on the lines of Pakistan for the Muslim. But the idea did not get any widespread support. However, in 1980s some groups of the Sikhs launched a bloody insurgency which was suppressed with considerable difficulty and bloodshed. By 1990s the movement lost its momentum and support. 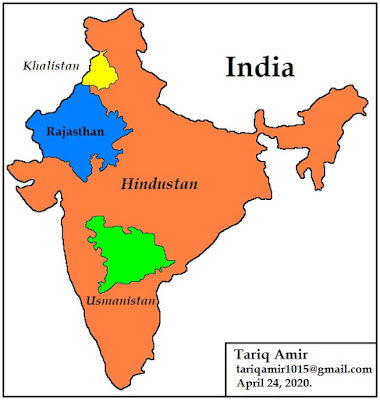 South African government under the policy of Apartheid, designated some territories for the black peoples, to keep them segregated from the rest of the country. These territories, called homelands, were also referred to as Bantustan. 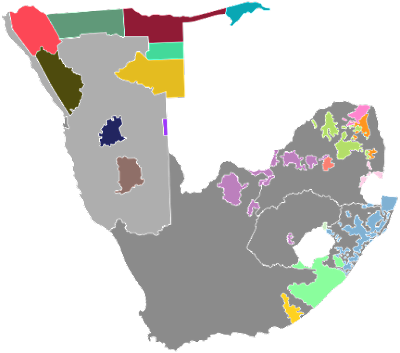 The map given above, shows the homelands of black peoples, referred to as Bantustan.
(Map from Wikipedia)

In Armenia and Turkey I found  5 more stans:

In this post, I have listed 8 countries and 58 administrative or historic areas and almost a dozen more cities and towns in the map given below at the end. But if you count the names of the countries as pronounced in some languages you can discover a dozen more stans: (I have taken the list from Wikipedia)

So I managed to find almost 90 stans. More imaginary stans can still be discovered or contrived but that will take us to the borders of Absurdistan (yes that's too is a stan). So let us consider it to suffice for our study. Anyway, you are welcome to inform me about a stan you can find on a map and not just in your imagination.