I my search for old historic places and monuments, I have found that though there are many Sikh Gurdwaras in Pakistan and some of them are still in use and even if not, in good condition. But this cannot be said of the Hindu temples. Hindu temples seem to have suffered more the consequences of the partition and the departure of the Hindu population. Here I am talking in reference to Punjab. Situation is certainly different in Sindh. Only exception in Punjab is the Katas Raj complex of Hindu monuments.

It does not mean that they have totally disappeared, Shikharas (spires) of Hindu temples are visible in almost all the cities and towns of Pakistan. But mostly tucked in overcrowded old areas and mostly unaccessible to visitors. One exception is Toomri Temple. It is situated about two kilometers south west of Gakhar Mandi, near a small town Badoki Gosaian. The exact location is  at 32°16' 56.98"N,  74° 8' 1.70"E. I visited this place on August 12, 2015.

The main building of the temple itself is not very big, but very elegant. The Temple stands one a platform, surrounded by a now dried up pond. A beautifully constructed bridge leads to the temple. The pond is surrounded by big trees and the whole complex even now give an impression of elegance and great aesthetic beauty. My only regret was that it was a cloudy day and I could not take better pictures. 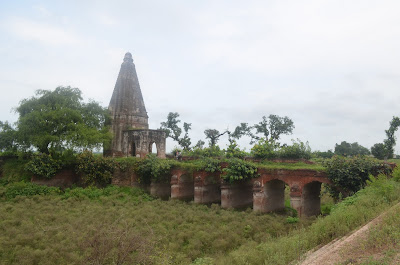 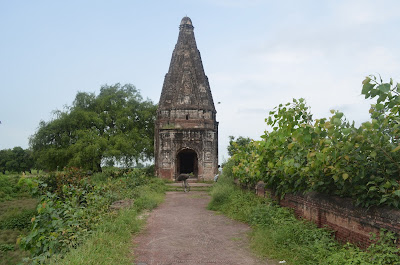 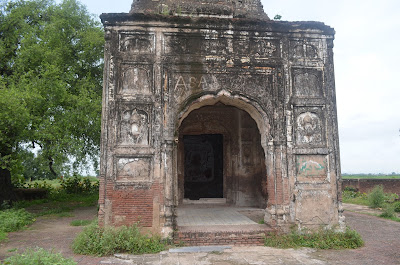 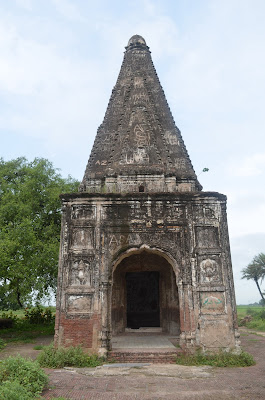 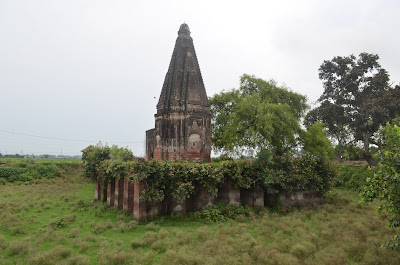 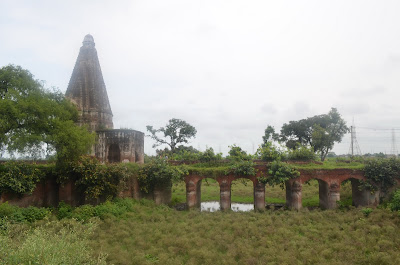 Two young men sitting near the boys told me that a big fair used to be held before the partition and probably continued even after that for a long time. But now, no fair is held. They also informed me about a Punjabi film shot here. Unfortunately I forgot the name of this movie.

The complex is almost a perfect square and each side is approximately 75 meters. So the area of the complex (including pond) is about 5,625 sq. meters or 1.4 acre. The pond itself is made of good bricks work. 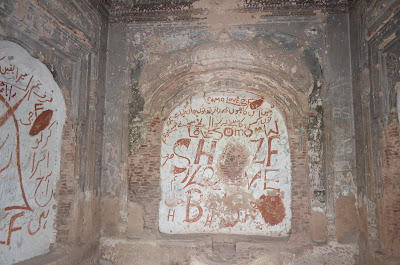 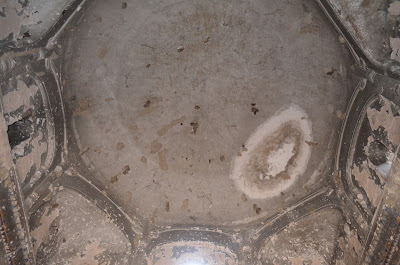 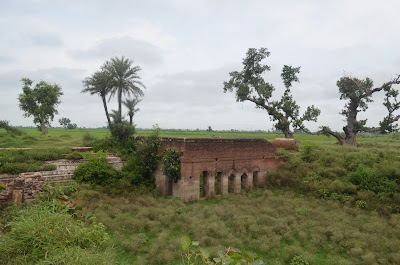 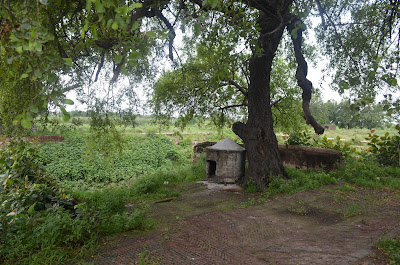 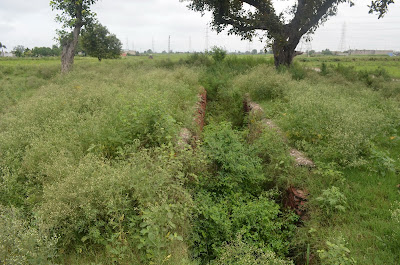 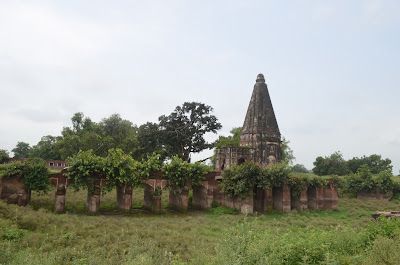 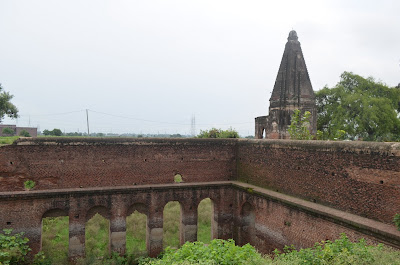 The only satisfaction is that unlike most such places, it is situated in open lush green fields and luckily so far has not been encroached upon. This beautiful building is still not beyond repair.So, its preservation, if somebody wants to do that because of some strange reason like heritage, history, culture blah blah, is still possible. If nothing else this building should be handed over to Hindus of Pakistan, so that they can take care of this holy place.

I could not find much information about the history and construction of this temple. I shall appreciate if someone could share it with us.