I hope many of you would have heard the name of Shaheed Bhagat Singh (thanks to Bollywood movies, if nothing else). He is probably one of the most famous revolutionaries, who were fighting the British rule in India.
In my recent visit to Pakistan, visiting his ancestral village Banga was one of my top priorities. So despite all the help from my Galaxy S4, we reached there after considerable headache. Because the village is away from any main road and finding the way through small roads, built around chaks is not easy for a person unfamiliar with the region.
Banga or Bangay is a small town in tehsil Jaranwala, district Faisalabad. Here on 28 September, 1907, Bhagat Singh was born. His family originally came from Khatkar Kalan, near Banga, district Nawanshahr (now Shaheed Bhagar Singh Nagar). For more details you can see the Wikipedia. His home in Banga is located at 31°24'03.10" N  73°17'47.49" E. Now it is a propety of Mr Muhammad Iqbal Virk, an adovocate.
His ancesotrs served in the army of Ranjit Singh. His father and uncles were members of Ghadr Party and were involved in activities against the British rule. He himself believed in armed struggle against British and joined Hindustan Replublican Association. He wrote in Urdu and Punjabi to further the cause of liberation. The violent turn in his struggle came when he and his group of activists vowed to avenge the death of Lala Lajpat Rai, who died in Lahore, in police baton charge. While doing so, they killed ASP John P. Saunders in Lahore on 17 December, 1928. After this attack they managed to escape.
His next major move came in Delhi, on 8 April, 1929, when he threw two bombs in the Central Legislative Assembly. The explosives were of minor force and meant only to cause disruption. No one was killed. This time he had no intention of escaping. The plan was to get arrested and use the publicity of trial to further their cause. So he and his accomplice Batukeshwar Dutt were imprisoned for life. He had achieved his goal. Soon police was able to connect Bhagat Singh with the murder of ASP Saunders. So along with his two other comrades he was executed on 23 March, 1931. 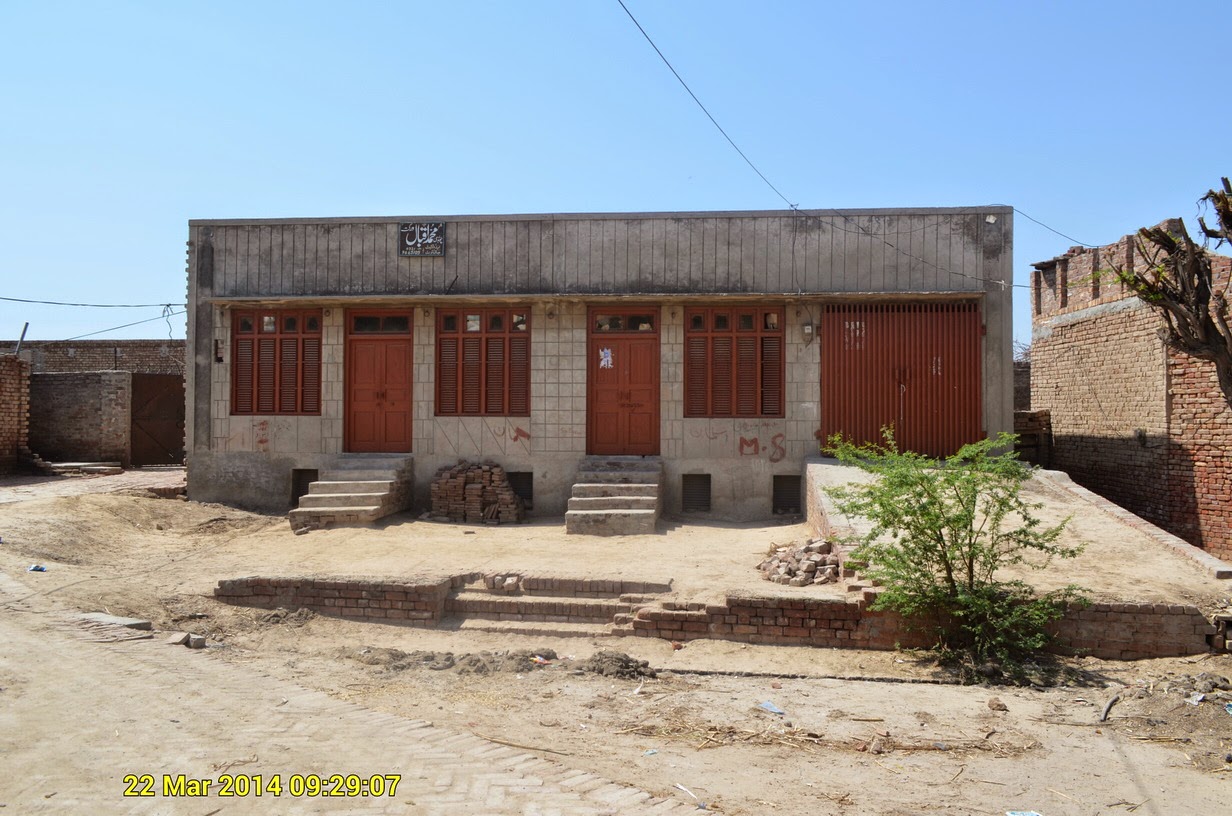 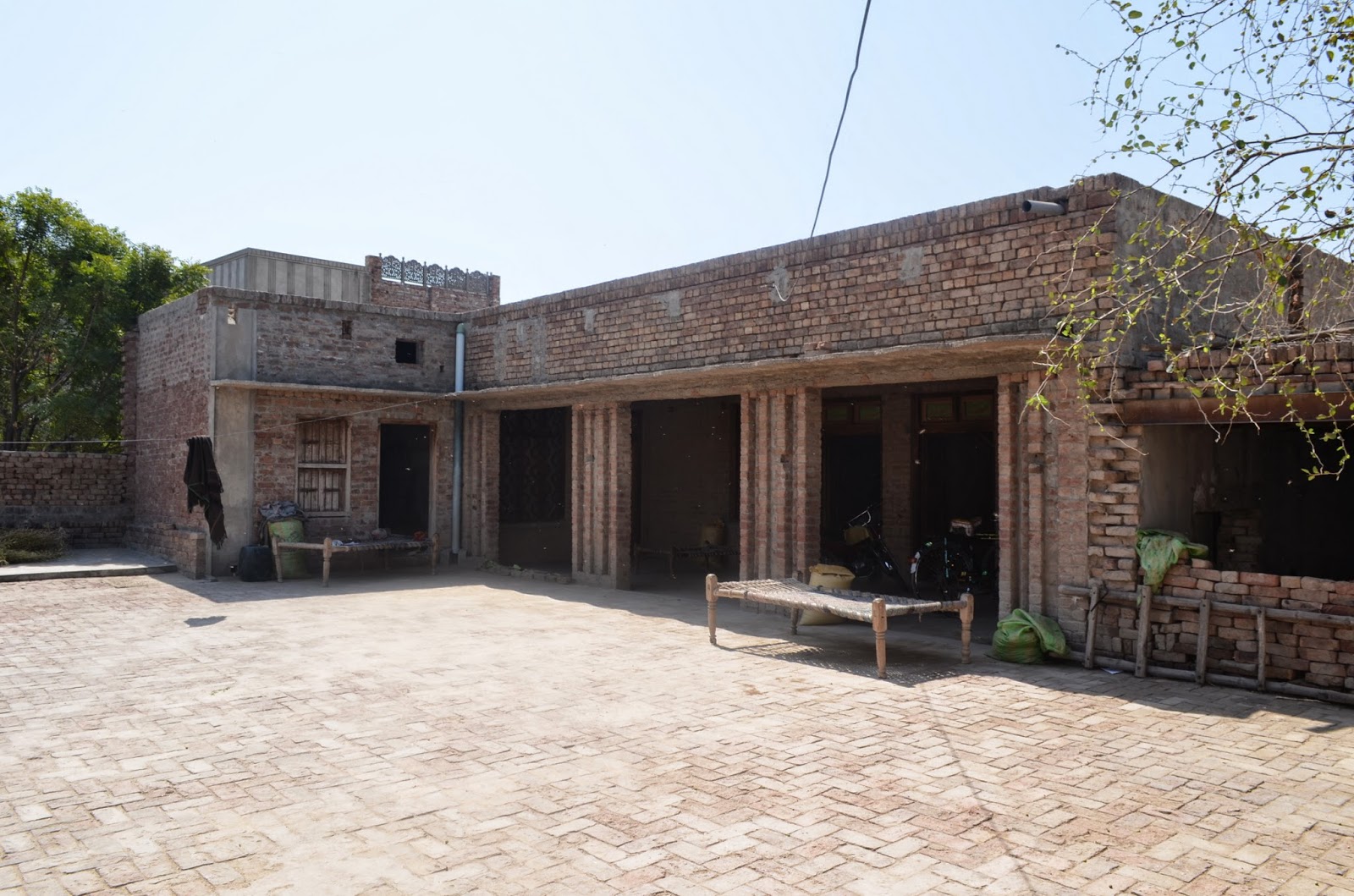 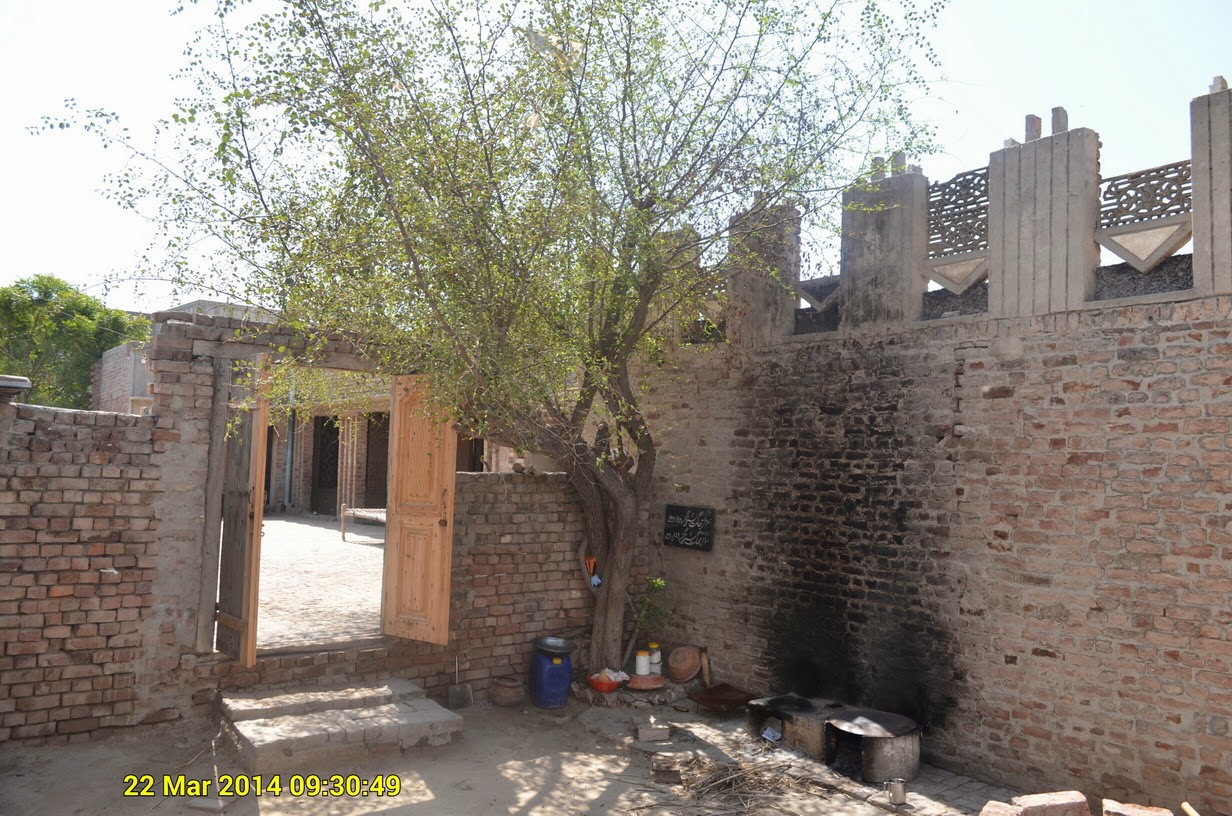 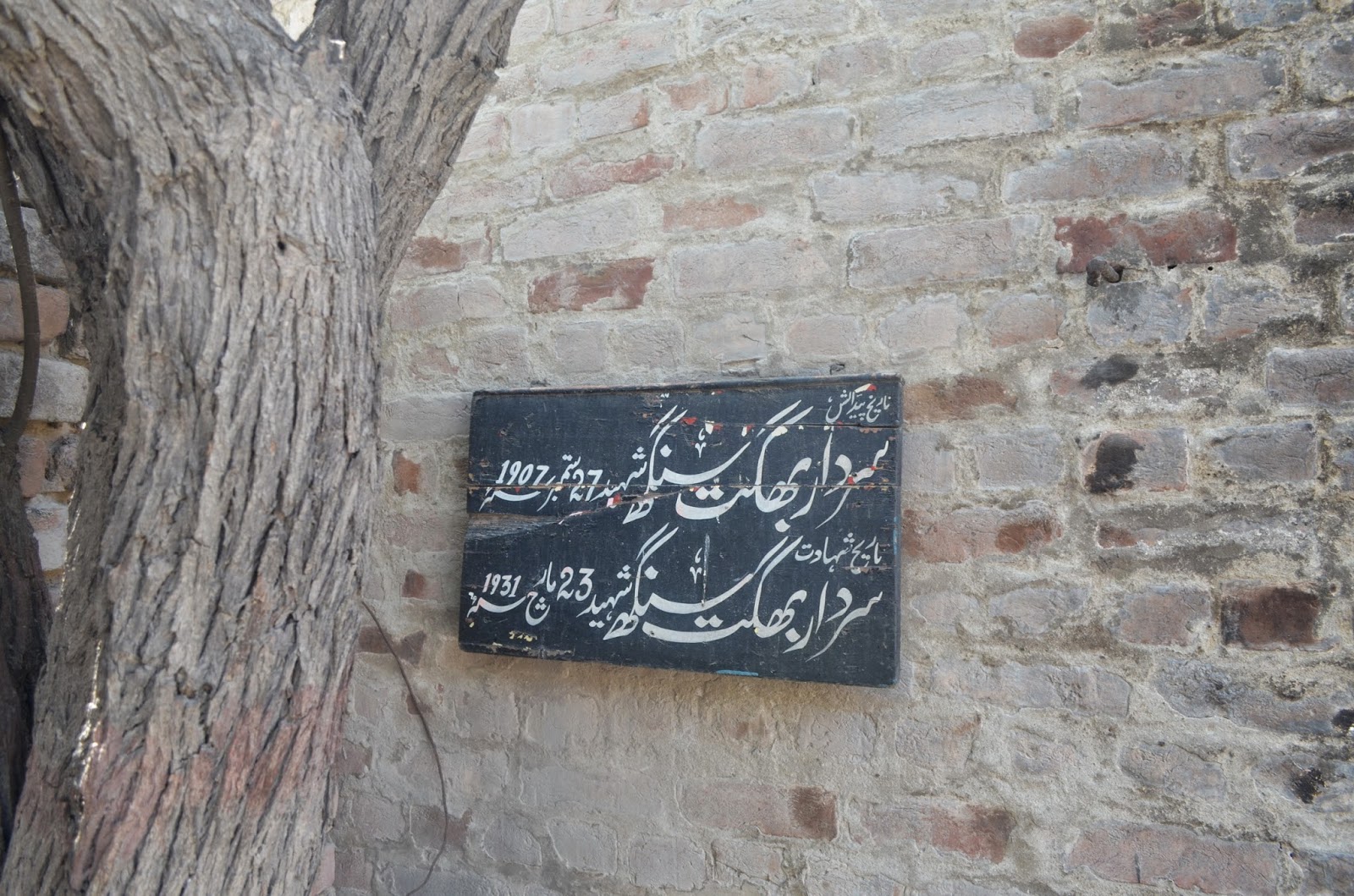 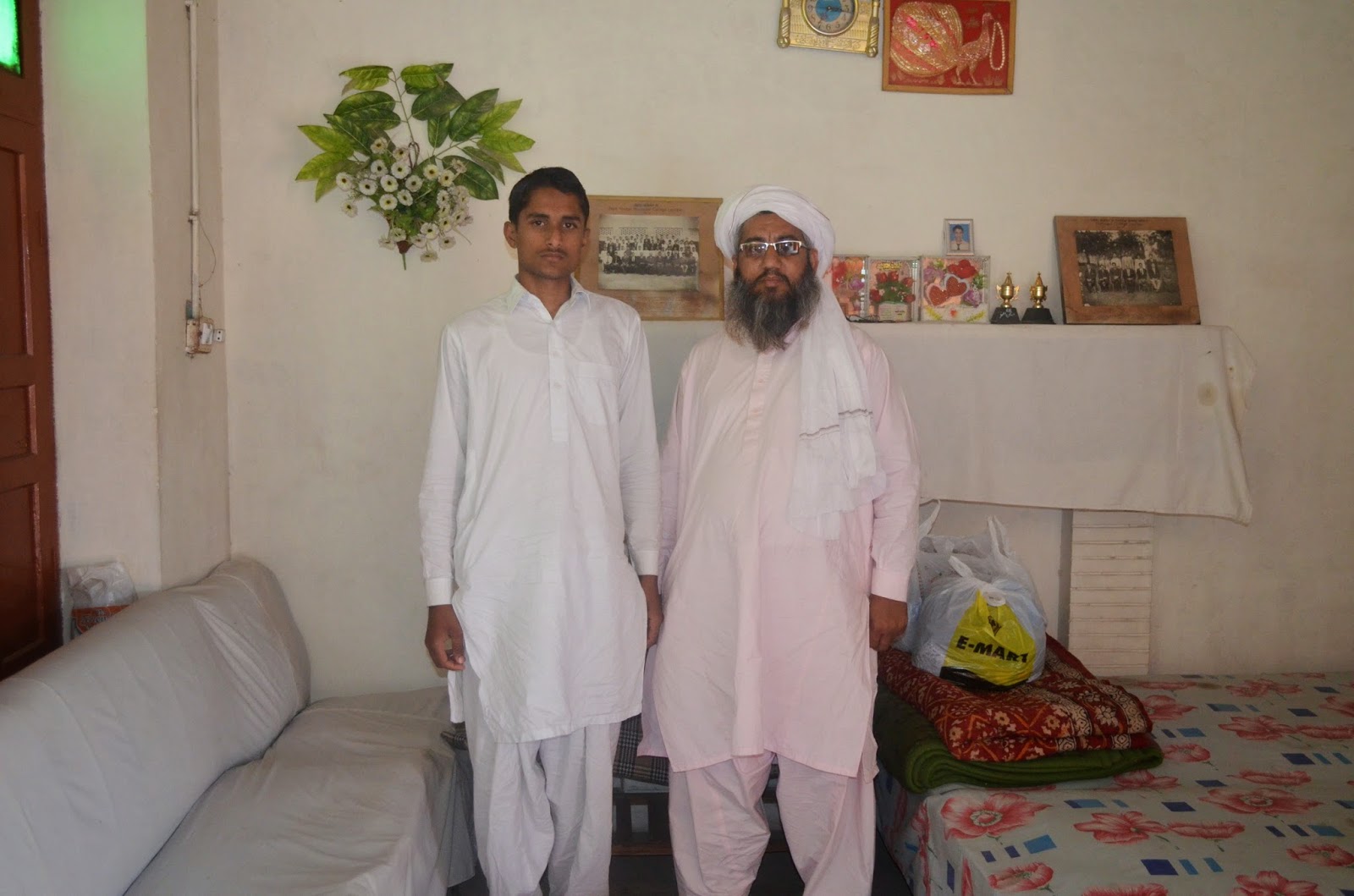 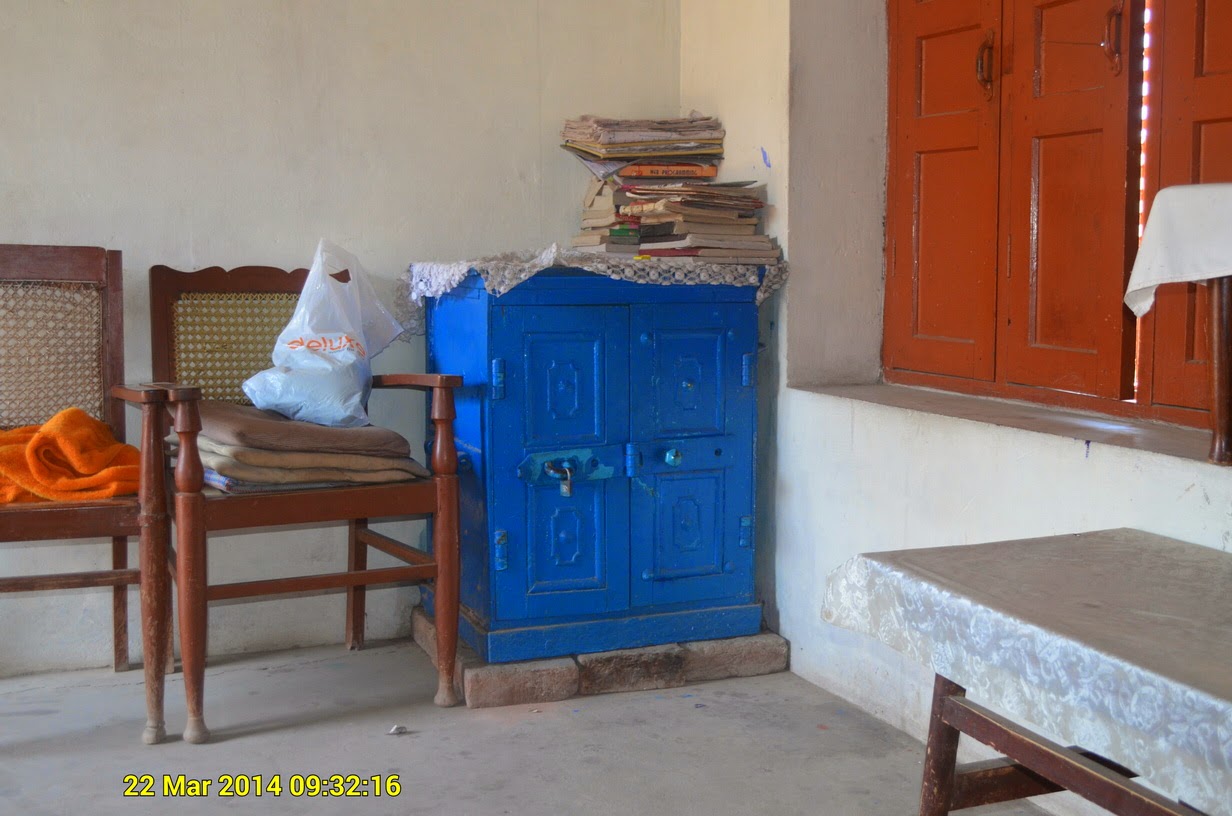 The owners say that this iron safe is the only thing belonged to the family of Bhagat Singh that they still have in this house. (22.03.2014.) 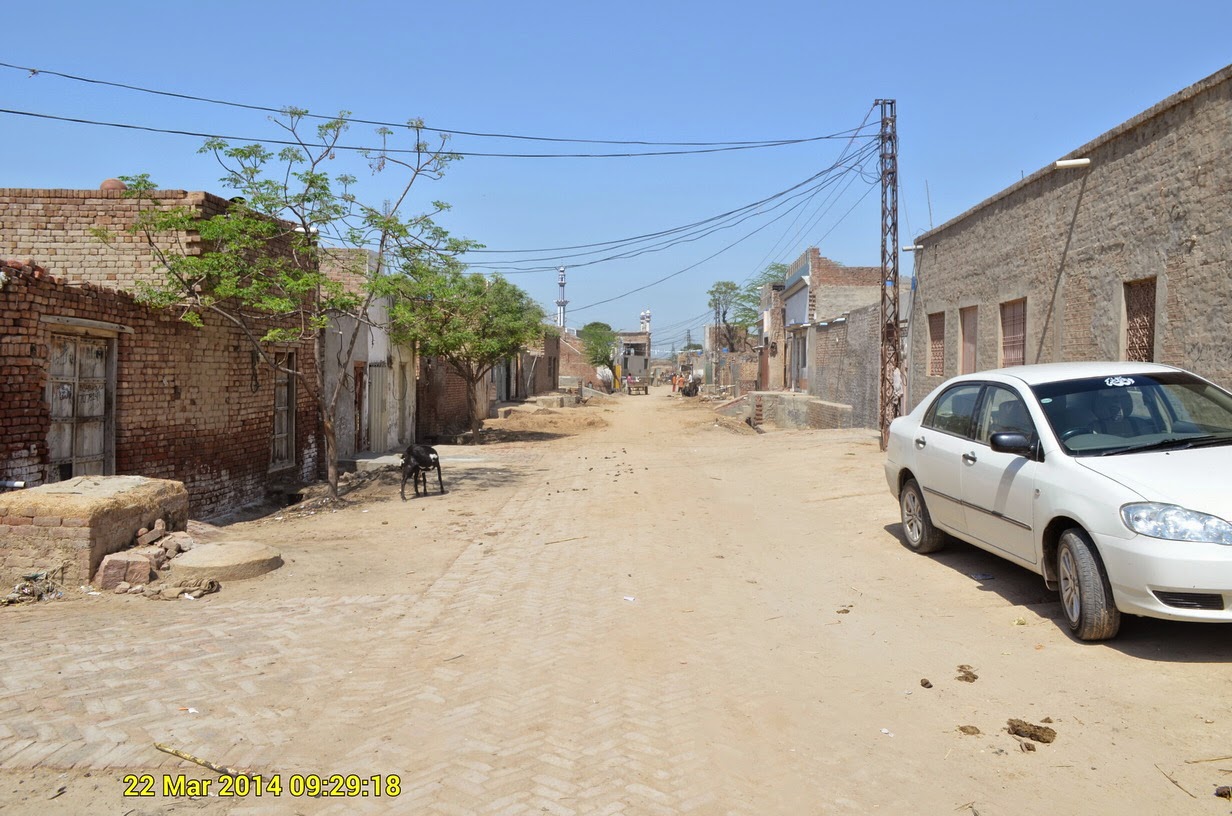 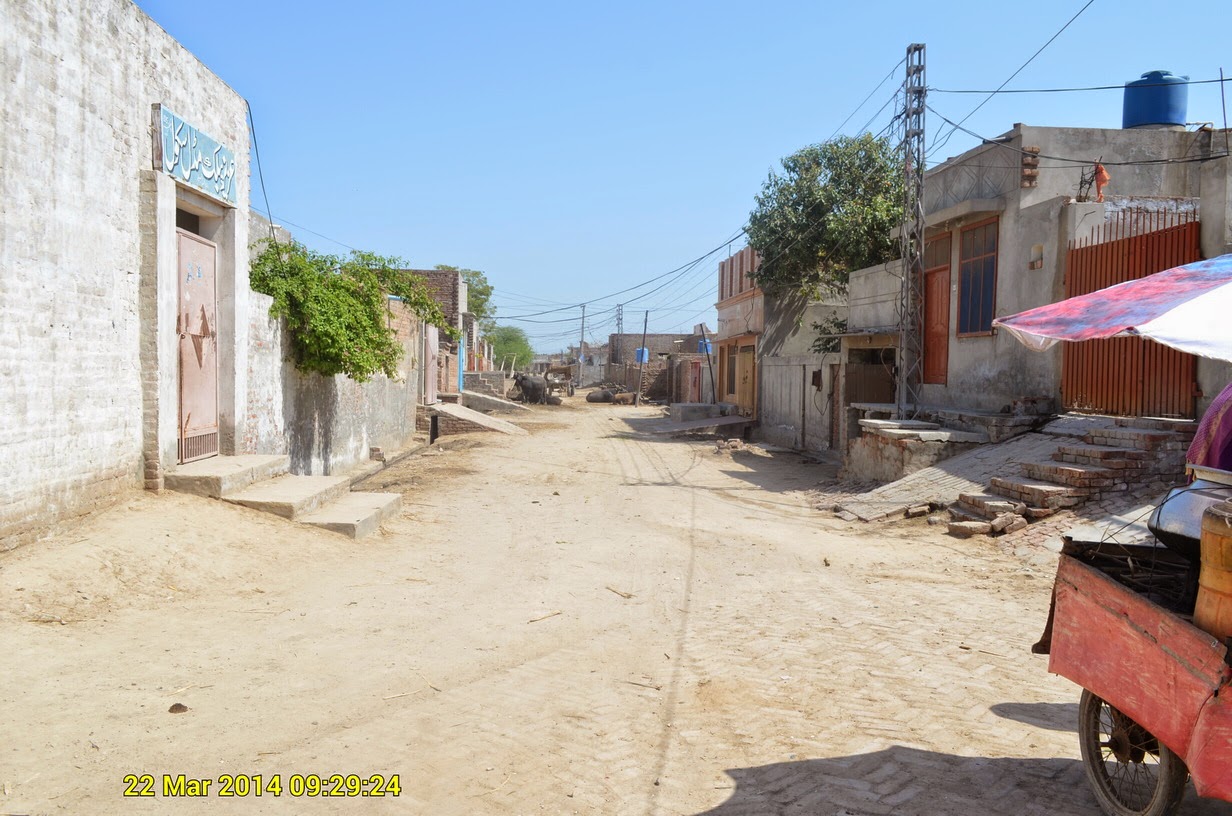 Bhagat Singh was one of those freedom fighters who inspired generations of revolutionaries and struggled for the freedom of all Indians, irrespective of their caste and religion. He was attracted to communism so believed in the cooperation among all the people in the struggle for freedom. A beautiful memorial was built in his memory atHussainiwala, just across the border with Pakistan, on the bank of Sutlej, where he was cremated.

To reach Banga is not difficult. While coming from Lahore, travel to Jaranwala. After Jaranwala travel towards Faisalabad for about 13 kilometers. Near a small town Sain Di Khui turn right and just four kilometers away is Banga. This turning itself is called Banga Pul Stop.

I shall appreciate your comments on the above post. You suggestion for improvement or any addtitional information is also most welcome.


View Banga, Birthplace of Bhagat Singh in a larger map
Posted by Tariq Amir at 21:17