150. Losar Baoli at Wah & a baoli at Hattian (District Attock)

Grand Trunk Road is one of the most important highways in South Asia. It stretched from Bengal in the east to Kabul in the west, a distance of almost 2,400 kilometers. Its history is also as long as its length, going back to the times of Chandragupta Maurya, who built it for the first along an ancient route. It was known with different names at different times, like Uttarapath, Sarak-e-Azam, Badshahi Sarak, etc. Subsequently, many kings reconstructed and developed it at different times, like Sher Shah Suri, the Mughals, and finally the British Raj.

Sher Shah Suri is specially credited with building sarais, baolis and planting trees along the road and providing security to the travellers. The Mughal emperor too used developed it extensively and constructed sarais, bridges, gardens, kos minars (huge milestones) etc. The administration of the East India Co. started it reconstruction in the 1830s. These baolis were particularly were a great convenience to slow-moving caravans and travellers, as they were a ready source of water.

Baolis are stepwells, a person even an animal can easily reach the water level through these steps. So a large quantity of water can be drawn more easily and quickly. Baolis are a special feature of Indian Civilization and probably exist only in South Asia. In India there are hundreds perhaps baolis, many of them are marvels of architectural engineering. In Pakistan just around a dozen, such baolis exist. The biggest of them is probably the one inside the Rohtas Fort. In this article, I shall take you one a visit to two baolis along the GT road section, from Rawalpindi to Attock.

The first point of our interest is Loaser Baoli inside the Wah Cantt. area at 33°46'03.8"N, 72°45'47.6"E. This baoli is a good example of the Mughal architecture, built in the 17th century for the convenience of the travellers. It is located inside the Sher Shah Park. At the time of my visit on 15 Dec., 2021, repair work was being done and the baoli was not fully open to the visitors. However, its beautiful setting inside a garden, perhaps as old as the baoli itself, was enhancing the beauty of the small structure. 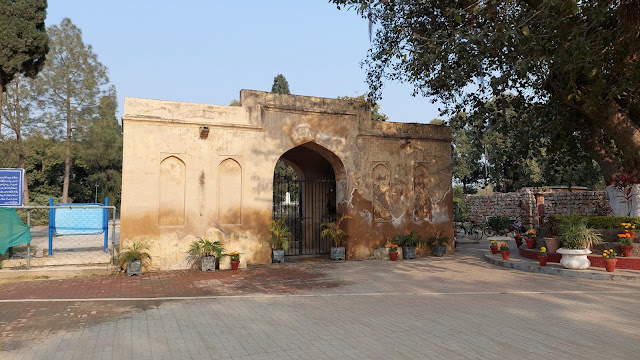 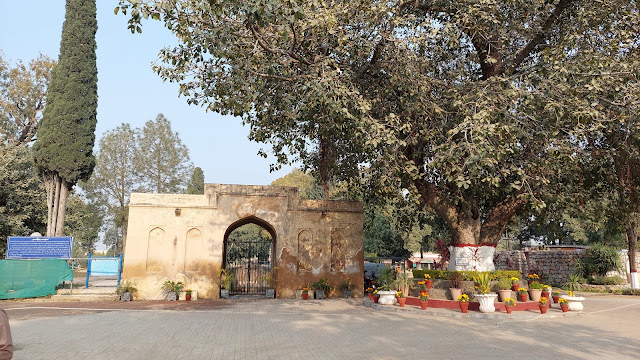 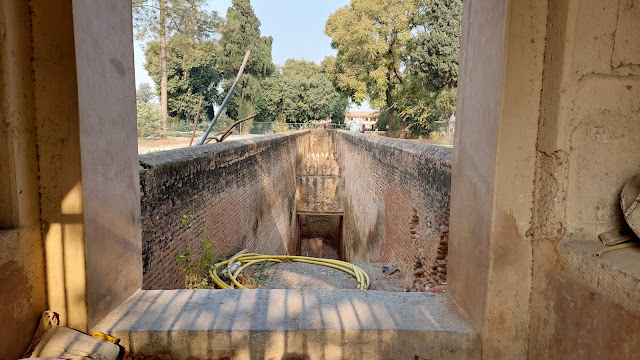 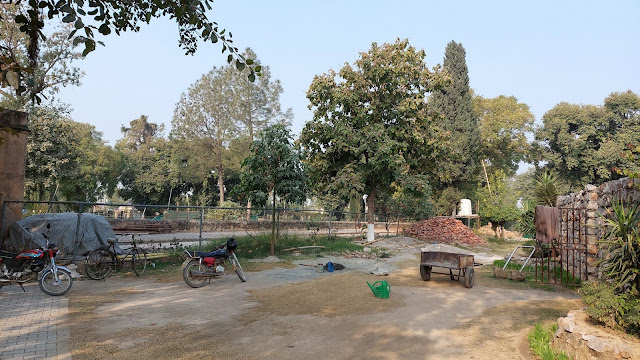 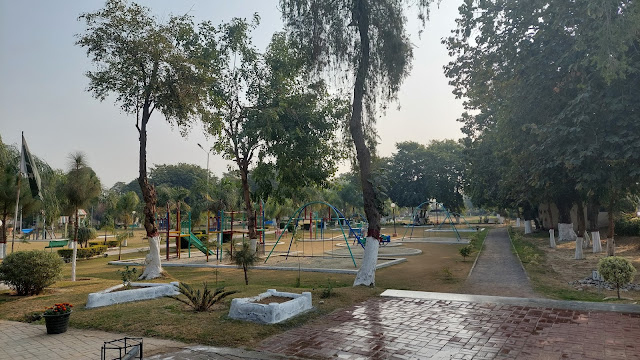 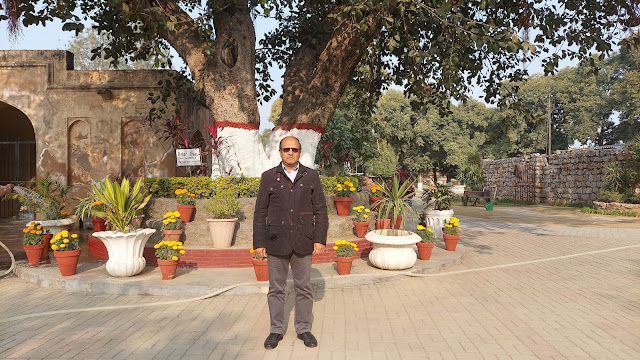 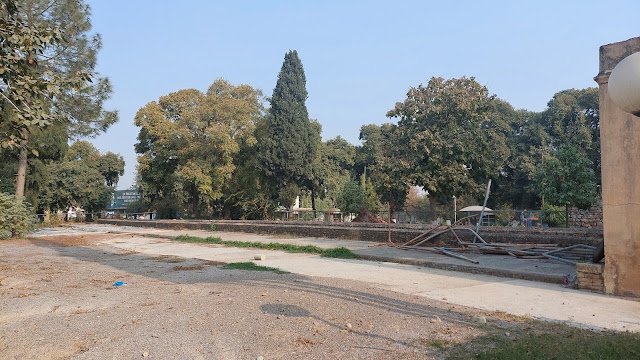 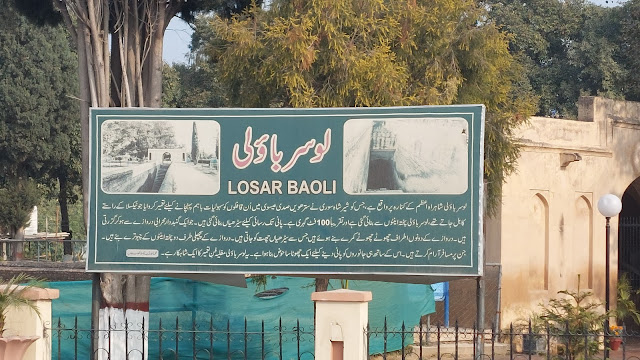 Losar Baoli is located beside the Great Road, which was built by Sher Shah Suri during the 17th century AD, to facilitate those caravans that travelled to Kabul via Taxila. It is built with baked bricks and is about 100 feet in depth. A staircase has been constructed to reach the water. There are small rooms on both sides of the gate, staicases from them lead to the roof. There are two platforms, made of baked bricks, behind the gate, where the travellers took some rest. A pool is made nearby to water the animals. This baoli is a masterpiece of the Mughal Architecture. 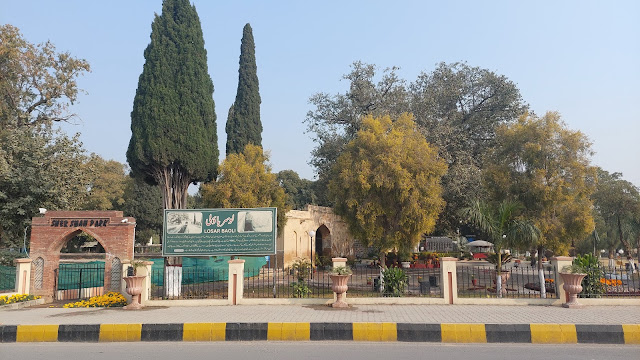 A view from across the road. (15.12.2021.)
Only half a kilometer from the baoli is located the central mosque of Wah Cantt. It was constructed in 1960s. This grand mosque can be easily counted among the most beautiful mosques of Pakistan. Constructed in the Mughal style, its beauty captivates passersby. 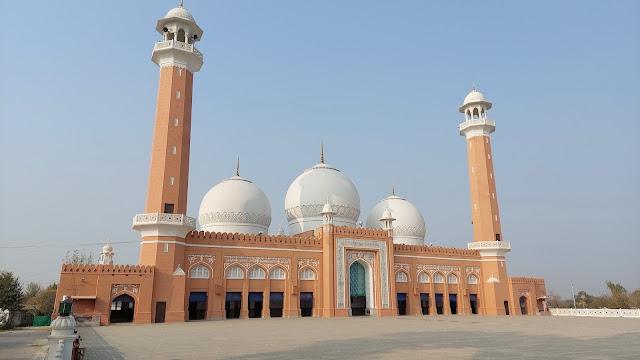 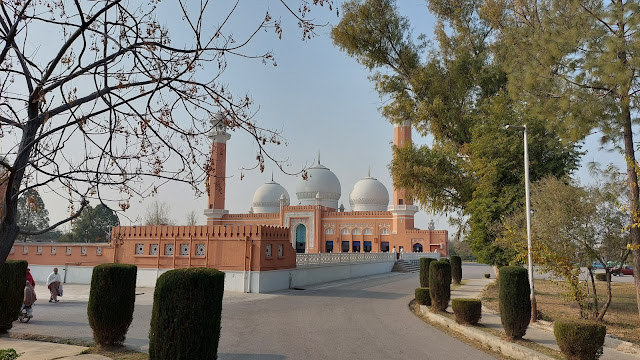 Another beautiful view of the mosque.

If we travel 25 kilometers towards Attock, we reach a town called Hattian. In this town another small baoli exists, at 33°51'39.0"N, 72°26'58.8"E. After crossing the canal, 1.7 kms onwards, ask someone about the darbar of Hazrat Sakhi Shah Habib. The baoli exists at the premises of the shrine. It is an interesting place for history and architecture fans. This baoli, though comparatively small, has its own significance. It is perhaps one of a few baolis that are still functioning and people draw water from them. 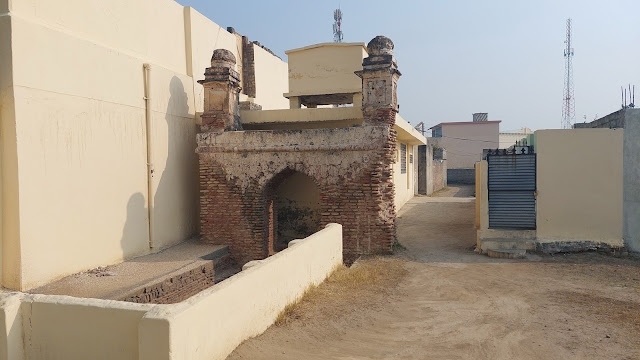 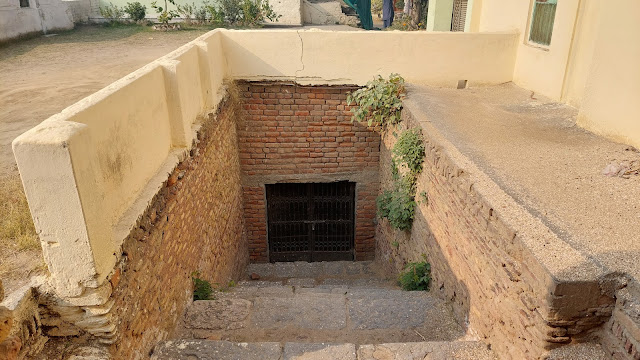 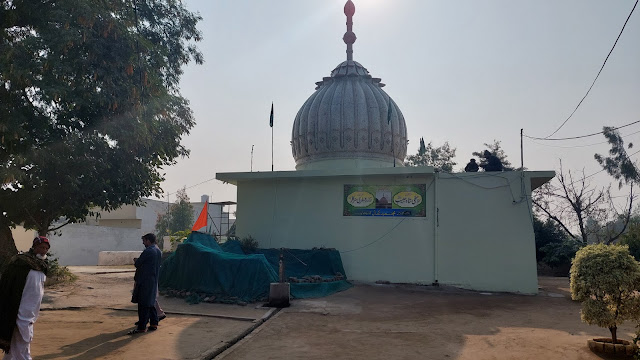 The well is covered to keep the water clean. (15.12.2021.)
These baolis have lost much of their importance and most of them have simply disappeared. But these are historically important structures and tell us about life centuries ago and the way people travelled in the past. Both are easily accessible, spare some time to appreciate a piece of old times.