Mughals ruled Punjab for a little over two centuries and left their indelible marks on the history, culture and architecture of this land. Mughals were very fond of beautiful palaces and gardens. Even the tombs constructed during that era are masterpieces of Mughal Architecture. Many such buildings and gardens exist in Pakistan. Though most of them are in or around Lahore but some are found in areas close to the federal capital, Islamabad. One such garden is called Lala Rukh Garden in Hassan Abdal.

Hassan Abdal is a famous town on GT road, about 60 kilometers from Islamabad. Now a days, it is famous for Sikh Gurdwara known as Panja Sahib. This holy gurdwara is associated with a miracle shown by the first Sikh Guru Nanak Sahib ji. But the town is much older and its history goes back to at least 7th century AD, when a Chinese traveler visited this place and mentioned it in his memoirs. During the Mughal period the place gained considerable importance, due to its location on the main Delhi – Kabul road. Due to its pleasant atmosphere and clean water springs it was a major halting place for the caravans travelling to northwestern frontiers.

Lala Rukh Garden is an old Mughal Garden and still retains some of its origina beauty but probably has shrunk considerably in size. At present it covers an area of almost 2.5 acres. The fame and historic significance of this garden is due to two monuments. The first is a tomb, famous as the Hakimon ka Maqbara.

The Hakimon ka Maqbara or the tomb of apothecaries/doctors, is a two storey octagonal building and is located in a garden. It was built during emperor Akbar’s reign in 1581-1583 and two Hakims of Akbar’s court, the brothers Hakim Abdul Fateh Gilani Masihuddin, and Hakim Humayun Khwaja Gilani, were buried here. A pond of water, for which this area was famous, still exists in front of the tomb and to my pleasant surprise still has many colourful fish of large sizes. The water is also clean. Somebody is taking good care of the place. 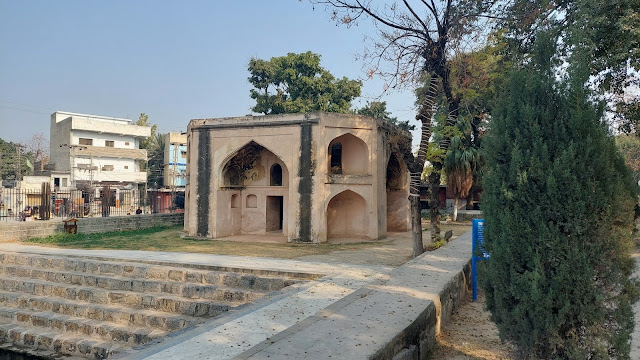 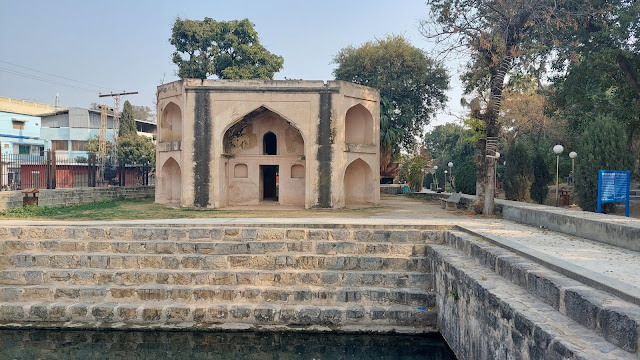 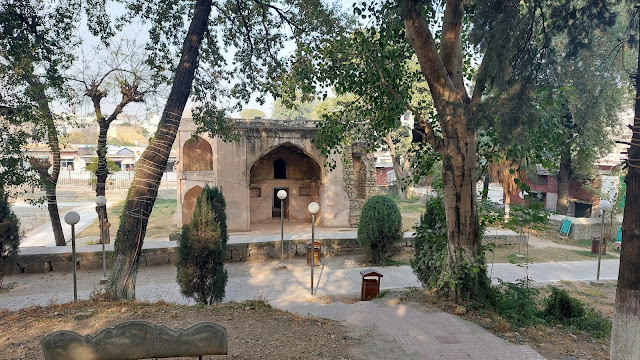 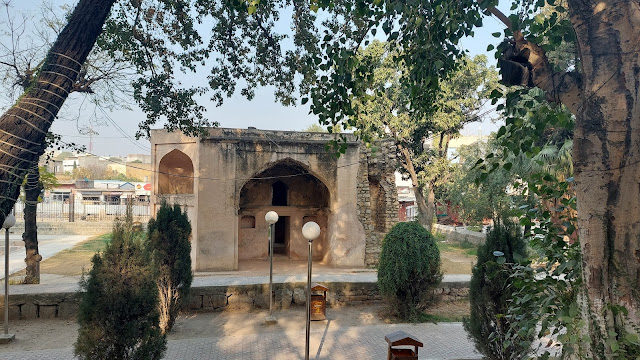 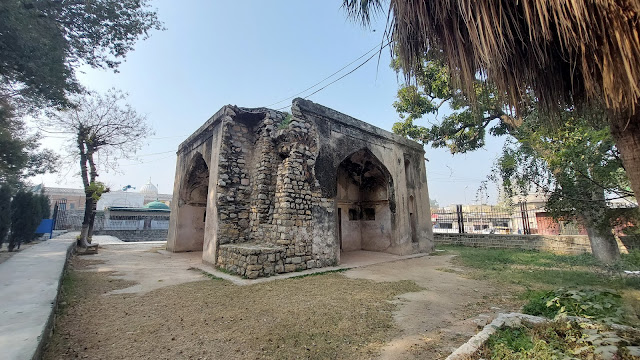 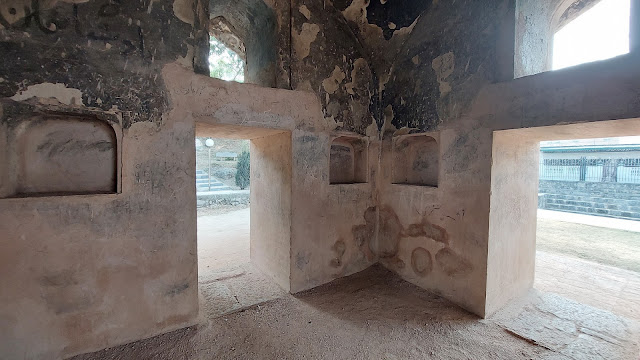 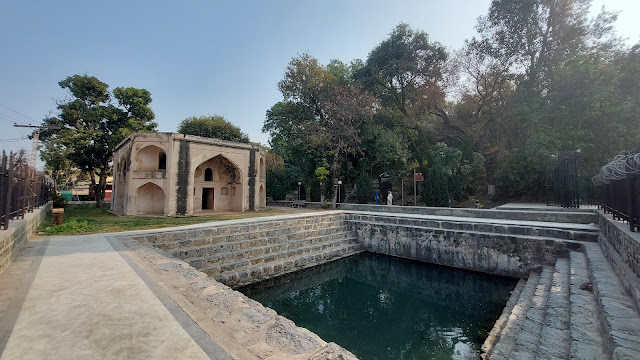 The tomb of Lala Rukh is situated in the same garden, about a hundred meters in the north at 33°49'17.1"N, 72°41'30.7"E. The grave of Lala Rukh is inside a walled garden and the cenotaph of the grave is constructed on a raised platform with a height of about six feet. The walled enclosure is square in shape and has one door in the south to enter. The four corners are in the shape of small guard rooms. Nobody can tell exactly who is buried here. But it is said that one of Akbar’s daughters, princess Lala Rukh is buried here. 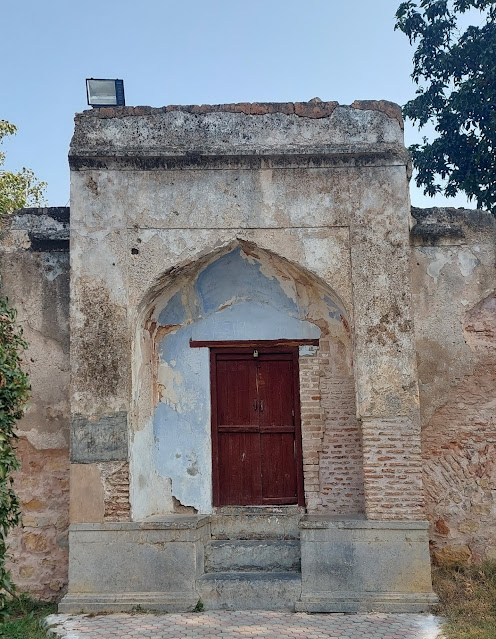 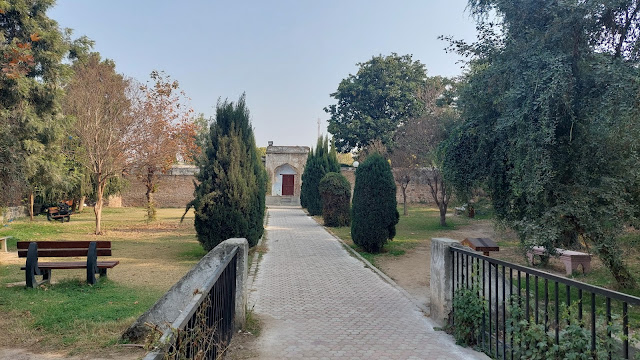 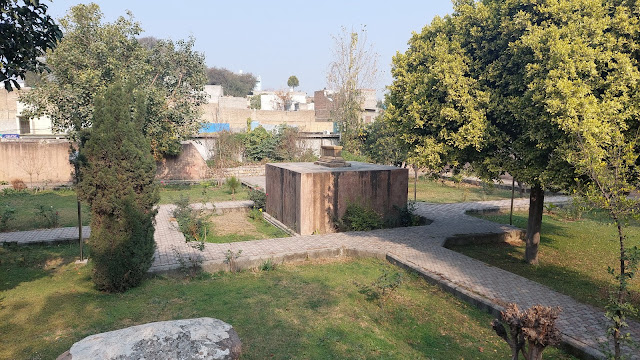 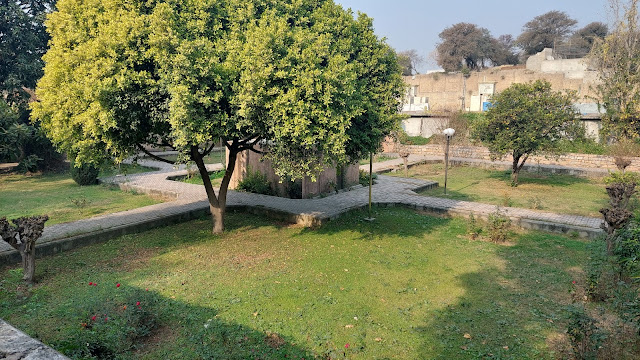 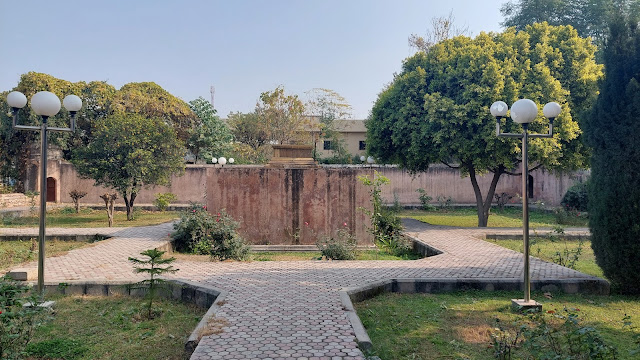 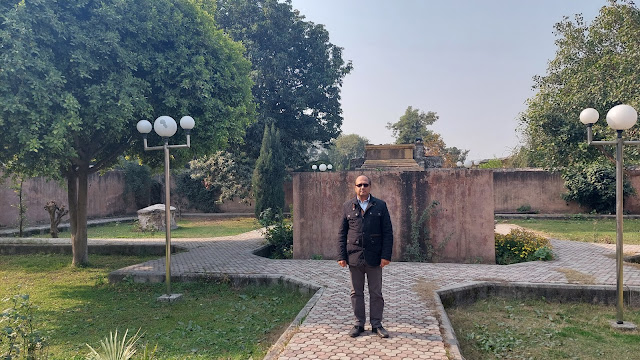 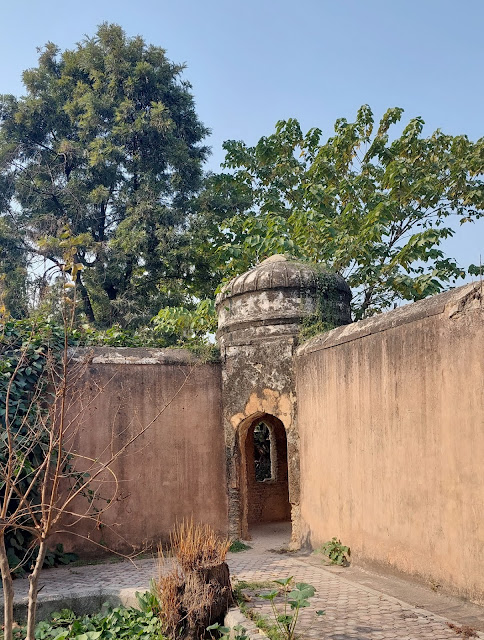 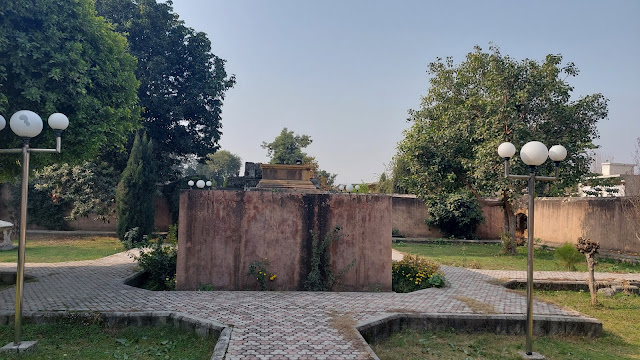 If you are interested in seeing footprints of the Mughals in this area, then along with Wah Gardens, it is an interesting place to visit. The garden itself is a pleasant relaxing place. So next time when you are passing by Hassan Abdal, spare some of your time and visit this place to enjoy the beauty of an old garden and the Mughal architecture.