This well is located inside a compound where besides this well a Hindu temple also exists. Clearly, before 1947 the place was in control of Hindus. Now Hindus have gone are so are the Murtis of the temple. Otherwise, the temple is in good condition and the building is well maintained.

Muhammad Hassan Miraj in an article in the newspaper Dawn of October 8, 2012, gives the following account of the legend of Puran Bhagat and his association with this well:

Going to Chaprar, is a place Gulbahar. A well here is the focus of many needy and childless couples. This is called Pooran's well (Pooran Di Khuee). The Raja of Sialkot, Salwaan, who is said to have restored the fort, had two wives namely, Loonan and Ichran. Ichran gave birth to a prince who was named, after much consultation, Poran. The pundits told the king that to avoid bad fortune; Pooran needs to stay away from the palace for 12 years. The prince was sent to a deserted place. along with the requisite staff. After a period of 12 years, Pooran returned to palace. He went to his mother and then to Loonan, the stepmother. Mesmerised by the young man Pooran had grown into, Loonan lost hern heart and tried to seduce him. Pooran refused and left Loona, desperate and angry. When Raja Salwaan returned, Loonan made up the story of how Pooran had tried to rape her and filled the gaps with tears. The Raja, anguished by the story, ordered Pooran's limbs to be amputated, and the mutilated body thrown into the woods.

Pooran was thrown in this well after the gruesome torture. For 12 years, Pooran stayed inside the well. Ond day Guru Gorakhnath, the famous Jogi, on his way back from Shiwalak, passed by the well and heard Pooran. His apostles took out the dying prince. Guru healed the limbs of Puran and exalted him spiritually. After a few years, Pooran was a bhagat - his spiritual powers earned him the fame of a saint. The word was out and it made its way to Loona, who was still, without child. On hearing about Pooran Bhagat, she along with the Raja, walked up to the well. The Bhagat prophesised the birth of the prince, simultaneously aking Loonan about the reality of Pooran. Shocked and grateful, Loonan revealed the truth and eventually, Pooran revealed his identity. The Raja begged Pooran to return to the kingdom but he told them that the kingdom was now the right of the prince to be born. He spent the rest of his life near the well. Raja Salwaan constructed a large compound in the vicinity of the well of which only ruins remain. Childless women travel from places as far as Quetta and Karachi to put Pooran's well to the test. Faith, in the hour of need, divorces reason. 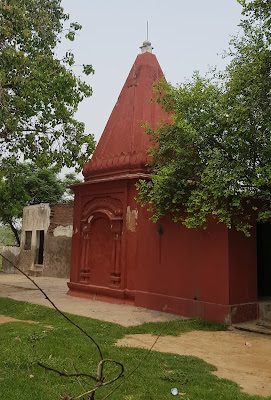 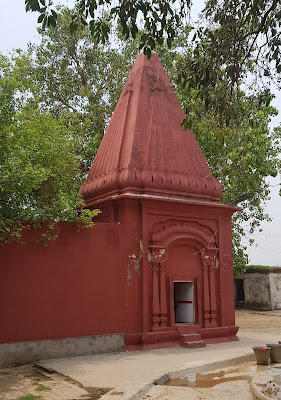 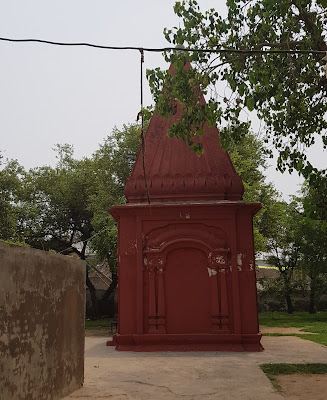 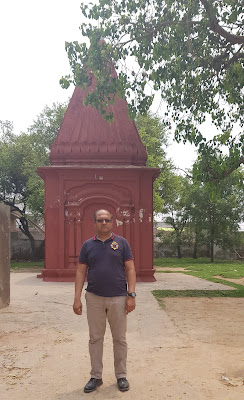 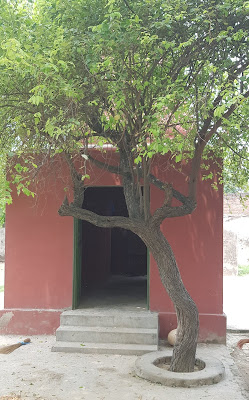 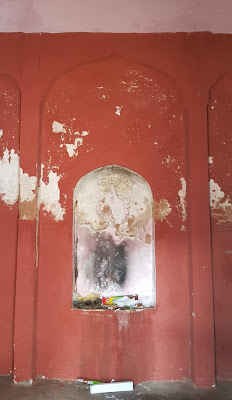 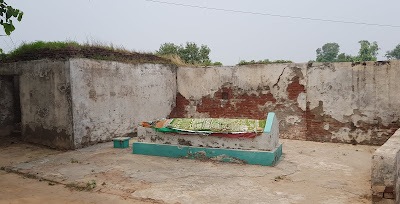 A mound near the well. Perhaps to this Muhammad Hassan Miraj was referring to as ruins of a compound built by Raja Salwaan. (24.10.2019.)

It seems that in the past the legend of Puran Bhagat was quite popular among the people of Punjab.  Charles Swynnerton in his book "Romantic Tales from the Panjab with Indian Night's Entertainment", published in 1908, narrates this story in detail. The book is available on net. Similarly Aitzaz Ahsan, the famous politician and writer, in his book "The Indus Saga and The Making of Pakistan" dedicates a chapter to this legend.

Below is the picture of the front page of a book about the story of Puran Bhagat pubhlished in Gurmukhi. 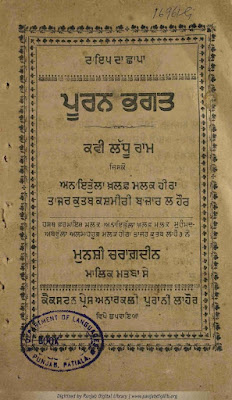 
This story can be read in Shahmukhi script at the following link:

Here I would like to add that the countryside, though now overpopulated, is beautiful and in good weather, you would not regret coming here and driving further north towards the border. It can be an important place in case we want to promote religious tourism in the country.