At the time of independence, as I have mentioned in my previous two posts, the issue of accession of hundreds of princely states to India or Pakistan, was very important and gave considerable trouble to both countries. In the previous two posts, I discussed some aspects of Jammu & Kashmir and Hyderabad states. In this post, I shall write about Junagadh. Prior to the independence of India in 1947, Junagadh was a princely state in the Kathiawar region of the present day state of Gujarat, on the coast of the Arabian Sea. Its foundations were laid down in 1654 by Sher Khan Babi, and his descendants ruled this state for the next three centuries. It occupied an area of 8,643 Km2 and according to the census of 1941 had a population of 671,000 of which 128,000 were Muslims i.e. 19% of the total population.

In 1947 its ruler was Sir Muhammad Mahabat Khanji III Rasul Khanji, (1900 – 1959). He is famous for his love for animals particularly dogs. He also worked for the conservation of the wildlife and established Gir Forest protected sanctuary for the endangered Indian lions. 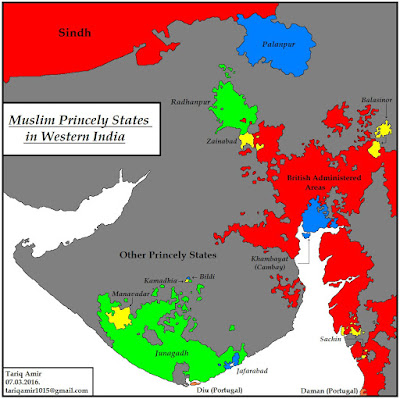 Junagadh and other Muslim princely states in Kathiawar.
At the time of independence, the Nawab decided to accede to Pakistan and the government of Pakistan accepted his request for accession on the 13th of September, 1947. Now there were many problems in the way of full integration of the state into Pakistan. The biggest hurdle was obviously the majority Hindu population of the state, who were almost 81% of the total population and no amount of persuasion could have convinced them to join Pakistan. The second problem was its geography, as it lied almost 300 kilometers away from the Pakistani border, deep inside India. Though it was accessible by sea but definitely that was not enough in the given circumstances. 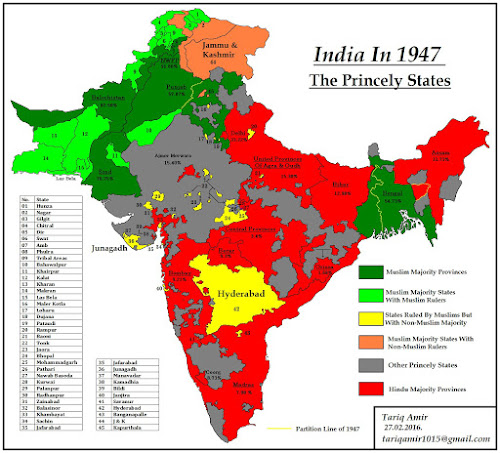 Junagadh and other Muslim princely states in India. 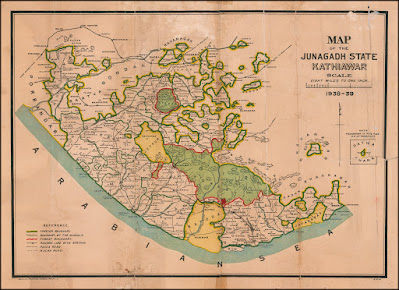 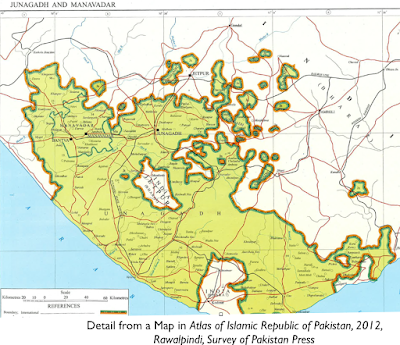 As can be expected, the decision of the Nawab stirred unrest among the Hindu population of the state and many concerns in the Indian government. India being in a much stronger position than Pakistan, brushed aside the legal niceties and intervened with force and took the state under its control in late October 1948. A plebiscite was held on 20 February, 1948, with the following results:

Out of 201,457 registered voters, 190,870 exercised their franchise. Of this number only 91 voted for Pakistan. There was a separate but simultaneous poll in Manavadar, Mangrol, Babariawad and two other feudatories. Out of 31,434 votes cast in these areas, only 39 were for Pakistan.

https://scroll.in/article/884176/patel-wanted-hyderabad-for-india-not-kashmir-but-junagadh-was-the-wild-card-that-changed-the-game
Now the question is, is the issue still alive? I don't think so. I Never heard any statement in this regard. So we can say that it is a forgotten and dead issue. But interestingly there is one institute in Pakistan that is keeping this issue alive and that is Survey of Pakistan. They still publish maps showing Junagadh as a part of Pakistan. 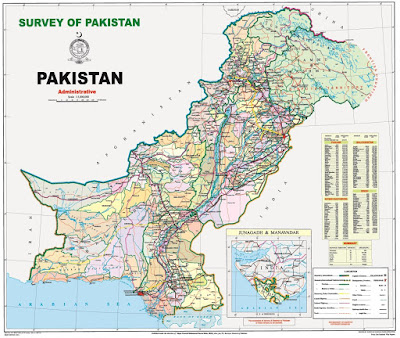 A map of Pakistan, published by Survey of Pakistan, showing the Junagadh as part of Pakistan.
As I expressed earlier, I wish that like the division of Punjab and Bengal, both sides could have agreed to a clear formula about the accession of the princely states as well. I am sure that by a little effort all the subsequent conflicts, which are plaguing us even today, could have been avoided.
Tariq Amir
Doha- Qatar
July 20, 2020.
Posted by Tariq Amir at 23:19