127 - Demographics of Sindh Province According to the Census of 1941

In October 2014, I wrote a post on the "Partition of Punjab in  1947"  (http://pakgeotagging.blogspot.com/2014/10/partition-of-punjab-in-1947.html) that proved to be the most popular of all my posts and drew most comments as well. Some of the friends from the other side of the divide argued that so what if some Muslim majority Tehsils were awarded to India, as same thing happened in Sindh, where many Hindu majority districts were given to Pakistan. Some other sources on the internet made similar observations and even made some fantastic claims. Anyway, this subject remained high on my mind and finally I found all the details I needed, maps showing Talukas and census figures for the year 1941, the last census of the British India. At the end you will find the details of my sources.

The post has two sets of maps, the first two maps show the population of Muslims and Hindus in Sindh in 1941, district wise, and the second set of two maps show the populations of the two communities district wise. Other communities like Sikhs, Christians, Jains, Parsees, etc. made a very small proportion of the total population. I have tried to present the information in a simple way and hopefully, readers will find it easy and interesting to read the tables and the maps. 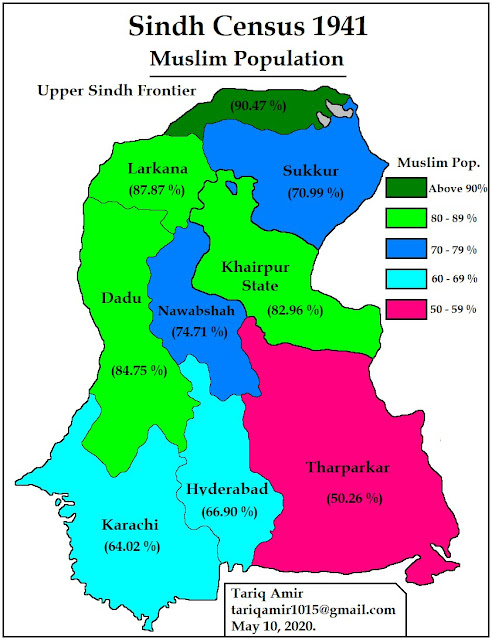 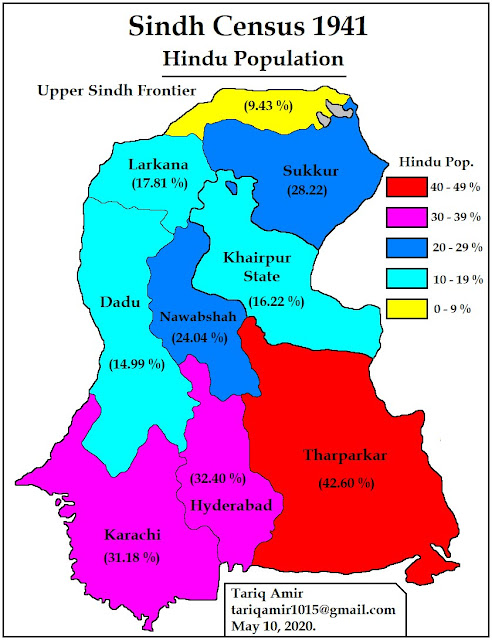 The table given below provides the religious composition of Sindh Taluka wise, taluka is sub-division of a district. The two maps show the population of Muslims and Hindus accordingly. 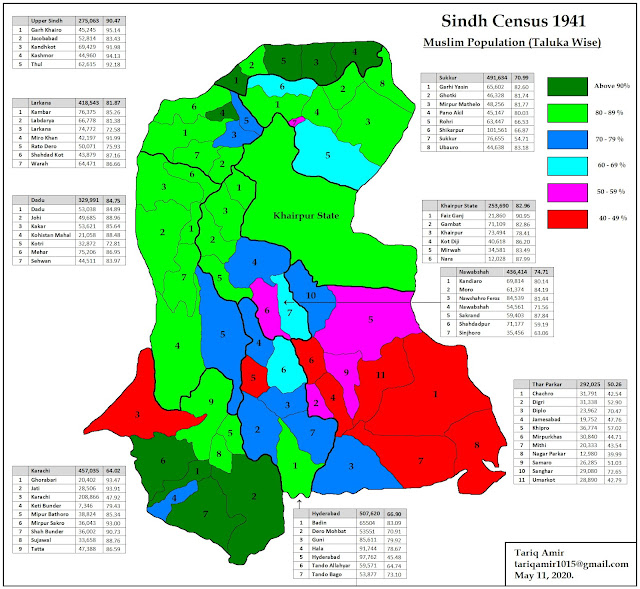 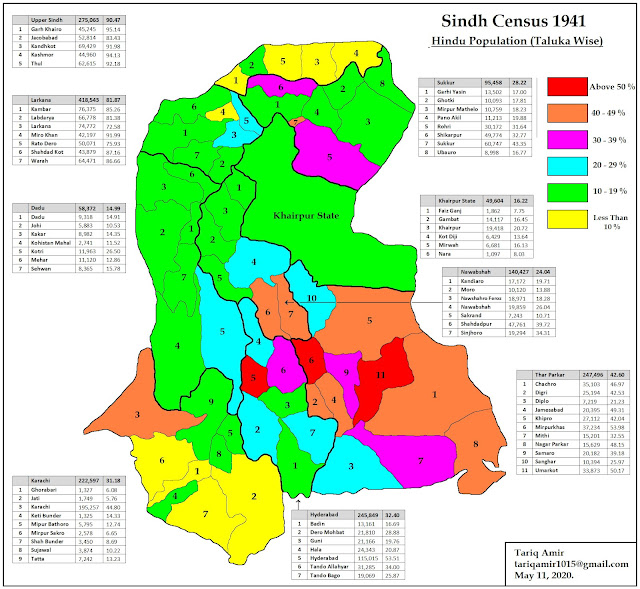 I want to especially thank my friend Imran Javed for helping me in completing this post. I found the census report of the Sindh province but it was not properly scanned and was very difficult to read. Some pages were entirely missing. Here Mr Imran came to my rescue and contacted the office of the Census Commissioner of India and thankfully they replied within 18 hours and provided the link of their wonderful website with all the information I needed.
http://lsi.gov.in:8081/viewer/common/split_document.jsp?viewType=single&doc=40138_1941_TAB.pdf123456789/7435/1/

An equally big hurdle was to find a map of Sindh, showing not only the boundaries of district but the talukas as well. I found the following two links very helpful and the maps are based on these two sources.

I have tried to be as accurate and objective as possible. The statistics are accurate, taken from the official website of the Census Commissioner of India, but the maps can be in need of some improvement. However, any inaccuracy is unintentional and will be corrected if found to be contrary to the facts. I hope readers having an interest in this subject will find it useful.