141. Monuments of the Gandhara Civilization at Taxila - 01 (Dharmarajika)

In my previous post "Taxila Museum: Treasure Trove of the Gandhara Civilization", I gave a brief introduction to Gandhara Civilization and took you on the tour of Taxila Museum. This great civilization flourished for almost a thousand years starting in the 6th century BC to the middle of fifth century AD. Alexander invaded this region around 326 BC and brought Greek influence, especially on art and architecture. In the days of Ashoka, which reigned 268 - 232 BC, Taxila gained a reputation of a great centre of Buddhist teachings and learnings. Ashoka was the first great king who embraced Buddhism and in the coming centuries, the fame of Taxila reached far and wide.

The Gandhara Civilization was spread over a large area from Rawalpindi to Peshawar valley and further into eastern Afghanistan.  It remained part of many great empires like Achaemenid, Greek, Mauryan and Kushan. Taxila was one of the most important cities and capital for some time. During this time at least three cities and dozens of stupas and monasteries were constructed in Taxila and the surrounding area. Unfortunately the whole region was devastated by the white Huns in the mid of fifth century AD. The destruction was so complete that the Gandhara Civilization never recovered from this shock. In the beginning of the 20th century excavations started and many magnificent monuments were discovered. These monuments are on the list of UNESCO's world heritage sites and have universal importance. I recently visited most of these archaeological sites and was surprised to find so many monuments scattered over a large area. A visitor enjoys his visit to these places as most of the sites are well preserved.

Dharmarajika is the largest and most sacred of all these stupas Taxila. It was constructed by Kushans in the 2nd century AD and contained fragments of Buddha's bones. The whole complex of buildings is located on elevated ground and spread over an area of 9 acres. Anyone interested in the exploration of monuments of Taxila cannot ignore this place. It is located at 33°44'40.3"N, 72°50'31.7"E, about 35 kilometers from the centre of Islamabad.

It is a huge stupa, surrounding the main stupa is a passageway for pradakshina, the ancient practice of circumambulation around a holy site. This path is surrounded by many smaller stupas called votive stupas. These stupas were constructed by people to show their devotion or when their prayers were answered and desires fulfilled. Some other stupas were built in the northern section of the site. These were built in different time periods. In the same area, some chambers were built to keep devotional imagery. Ruins of three monasteries also have been found in the north and northeast of the main stupa. 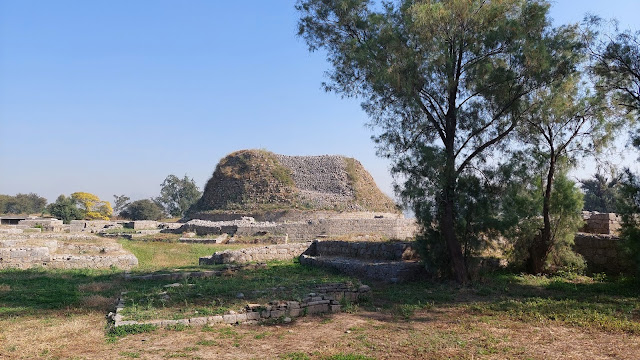 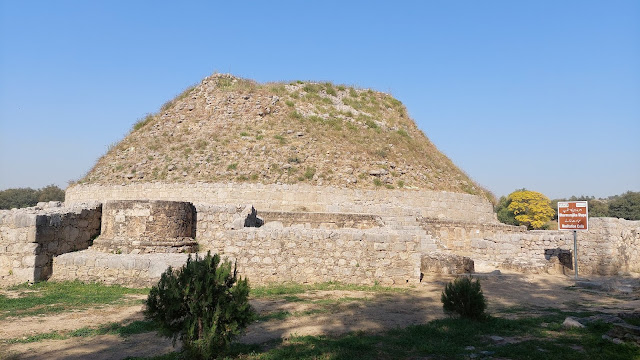 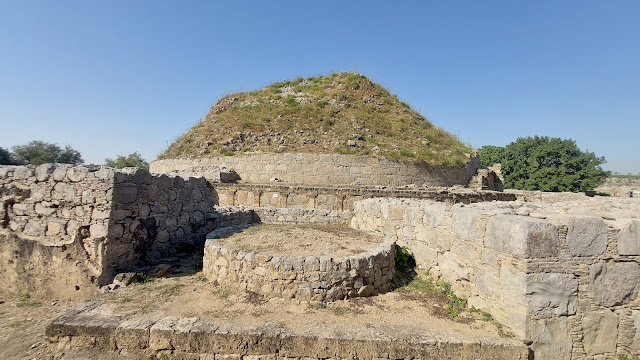 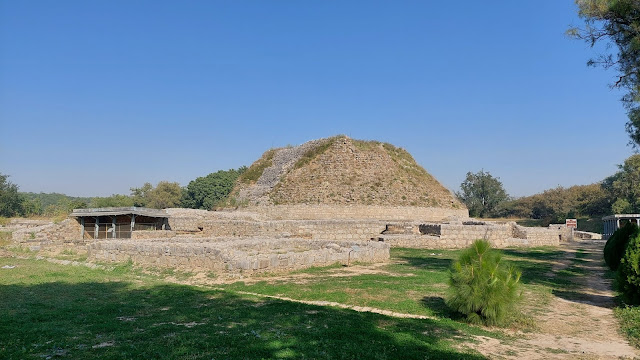 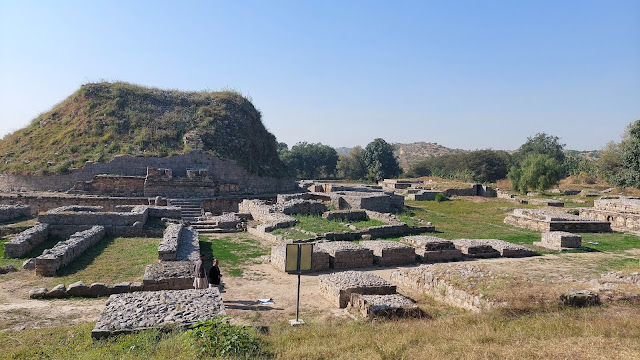 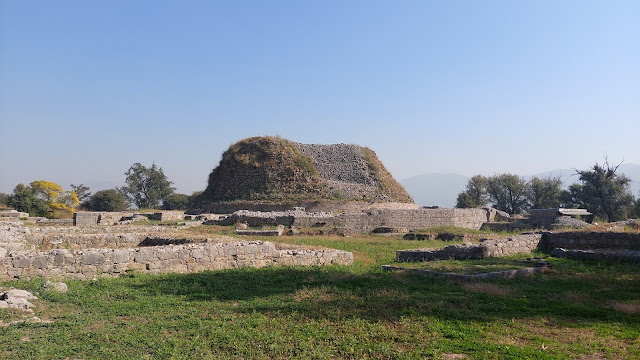 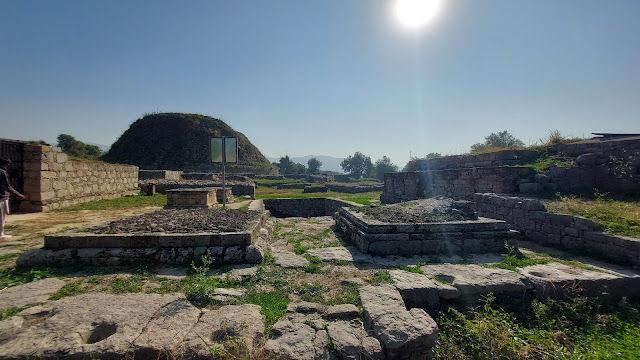 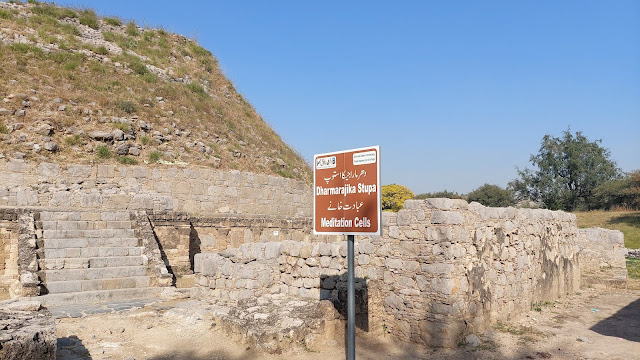 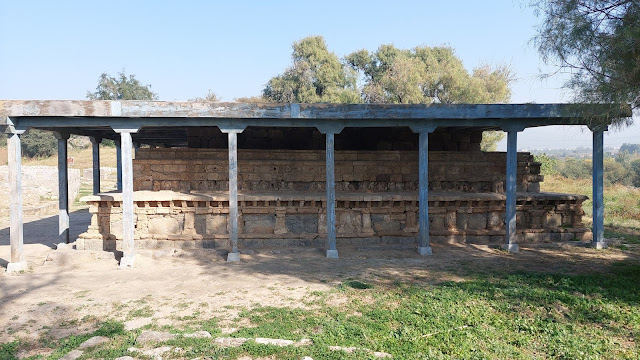 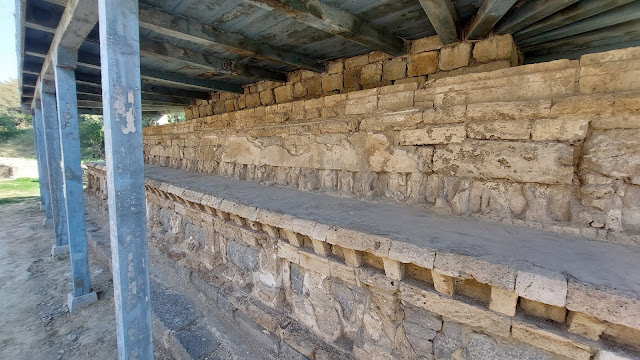 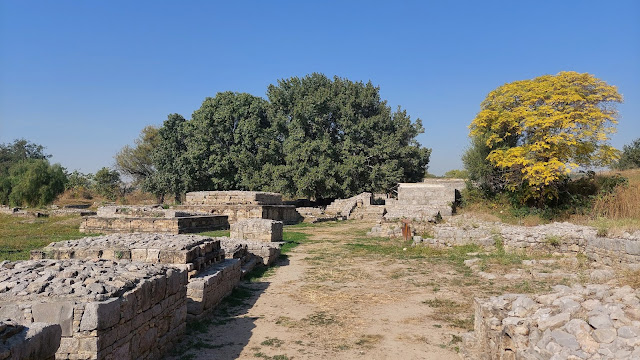 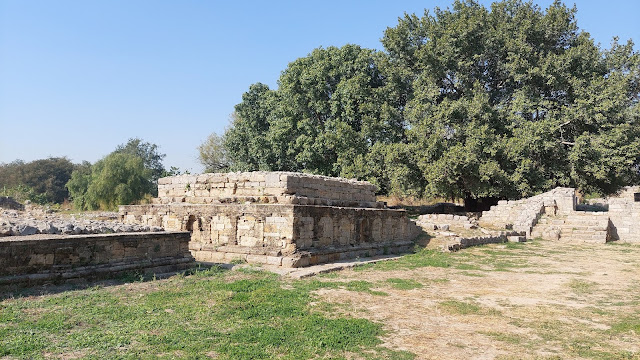 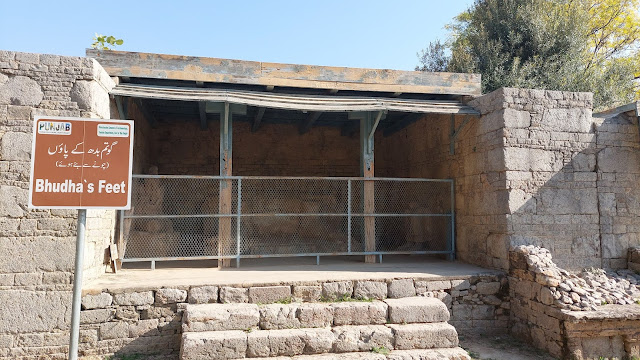 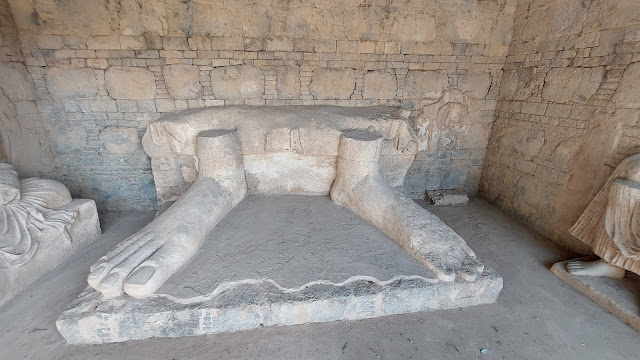 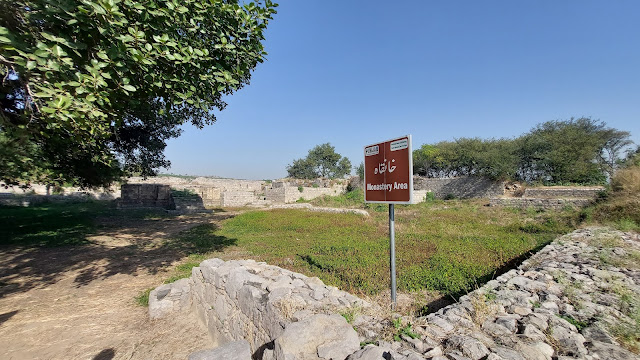 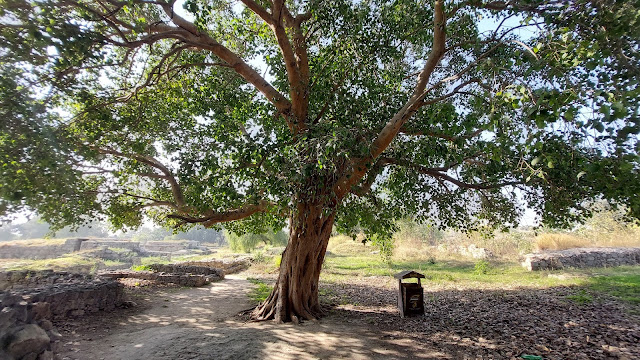 A shoot of the actual tree, under which Buddhai attained englightenment at Bodh Gaya. (23.11.2021.) 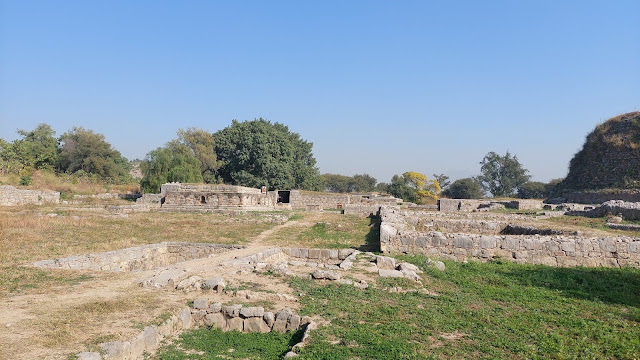 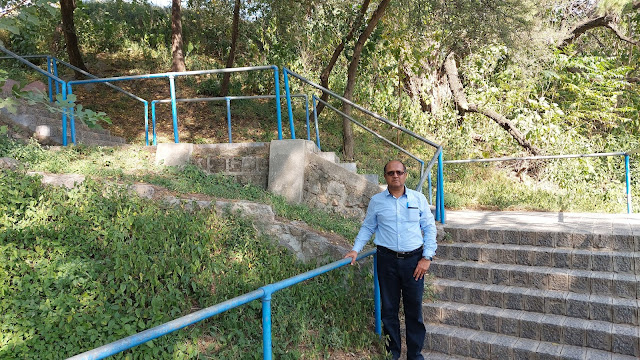 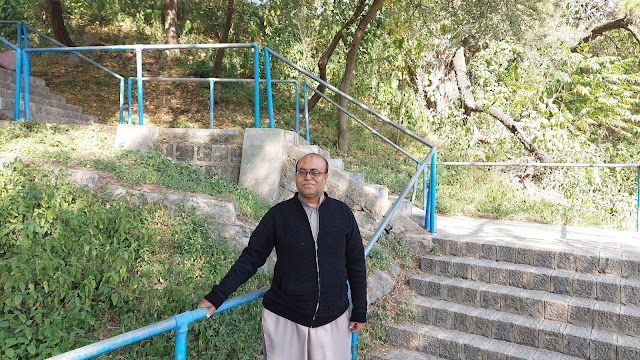 Syed Hassan Abbas (23.11.2021)
This stupa has great religious significance for the Buddhists and a large number of foreign tourists come to visit this place along with other monuments at Taxila. My next post would be about Mohra Moradu, another very important archaeological site.
Tariq Amir
December 12, 2021.
Islamabad
Note: Dharmarajika is marked in yellow colour. I shall write about other monuments marked in red, in my next posts.
Posted by Tariq Amir at 13:49