A Hindu Temple In Hafizabad, Pakistan.

As often happens, while searching for Gurdwrara Chhevin Patshahi in Hafizabad, I made an unintended discovery of something else, an old Hindu Temple. We stopped in the main bazaar and asked about the location of the gurdwara. One of them was Chacha Aslam, a man well above eighty, but still hale and hearty. He gave us some information about the gurdwara but before that invited us to visit an old Hindu temple, just close by. He led us through the narrowest bazaar that I have ever seen. The alley was certainly less than two meters wide, with shops on both sides. After covering a distance of nearly a hundred meters, we entered a small passage on the left side and entered a small open place between two or three houses.

Chacha Aslam knocked at the door and Mr Mehmood Sulaiman opened the door. When we told him our purpose of the visit he allowed us to enter. His family lives in the same complex, which has several rooms. In order to cause them minimum disturbance, we went upstairs on the first floor. It has a big hall. With wooden galleries and beautiful pillars. 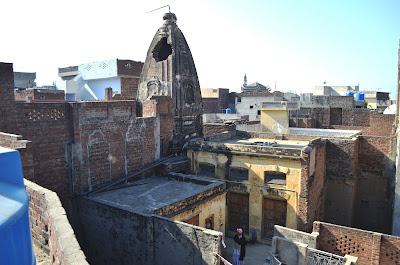 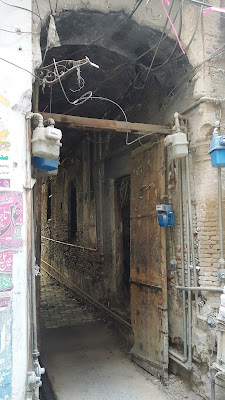 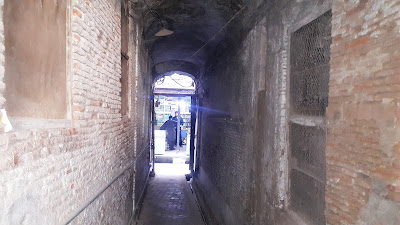 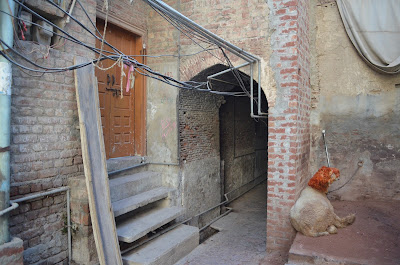 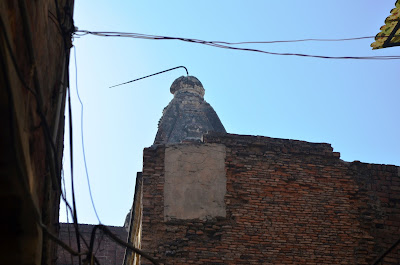 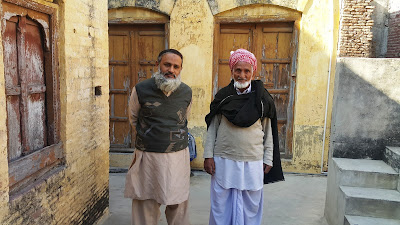 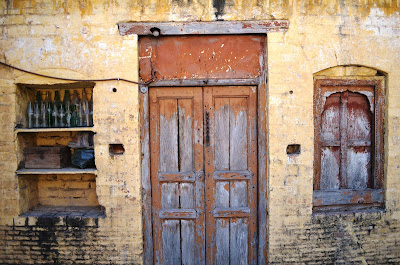 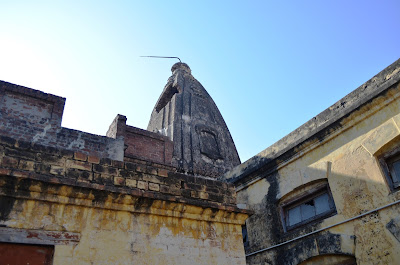 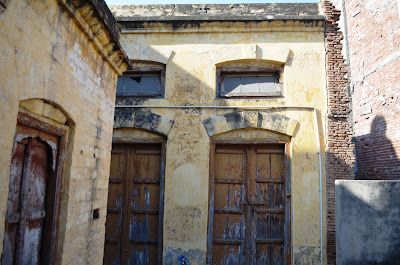 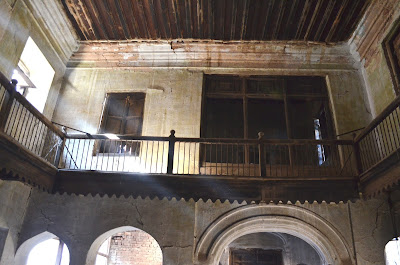 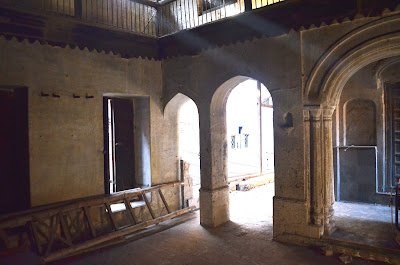 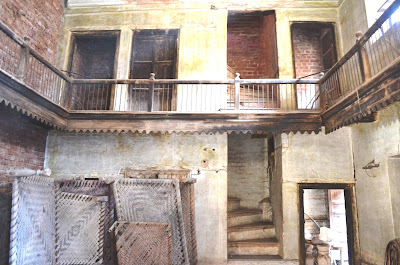 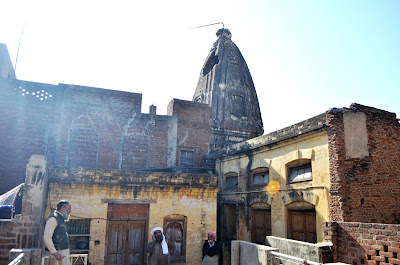 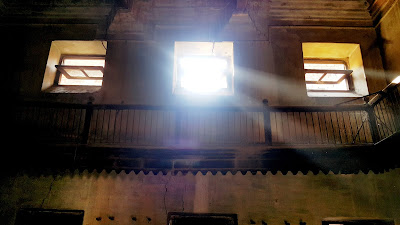 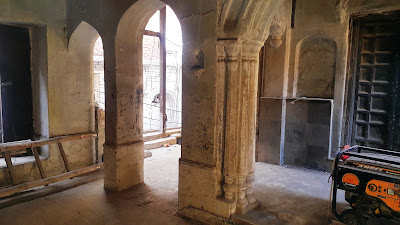 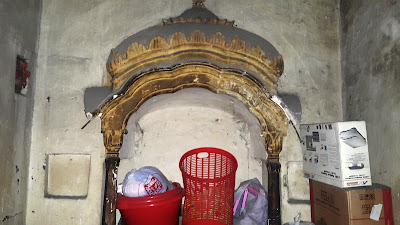 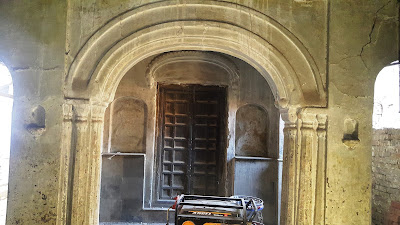 
It was a chance discovery. We were lucky to meet Mr Mehmood Sulaiman, the current owner of this place. He is a professor in the Government College, Hafizabad, and teaches Islamic Studies. He graciously allowed us, the complete strangers, to enter his house and take pictures. His father Mr Muhmmad Sulaiman and his family themselves migrated from Jhabal, district Amritsar. (I found two places, Jhabal Mannan and Chabal Kalan, south of Amritsar.)

I am also very thankful to Chacha Aslam, who not only took great interest in our original inquiry about the gurdwara but also informed us about the existence of this temple. He also accompanied us, to the house of Mr Mehmood and stayed with us all the time. He himself migrated from Massanian area, near Batala, in 1947.

I could not find any details about the temple, its importance or history of construction. However, Mehmood sahib informed me that some zealots attacked it in the aftermath of the destruction of Babri Masjid in 1992. The damage done to the spire can still be seen. However, luckily the building survived with a limited damage.