Punjab is a land of ancient civilizations, its fertile land and perennially flowing rivers always made it an attractive place for people in search of a prosperous life. Its name was derived from the five rivers flowing in this region. But it is interesting to note that in ancient times Aryans called it Sapta Sindhu, the land of seven rivers. The seven rivers are Indus, Jhelum, Chenab, Ravi, Beas, Sutlej and Sarasvati. The last one has dried up a long time ago.

Anyway, these existing six rivers form five Doabs (land between two rivers); from west to east, Sindh Sagar Doab, Jech Doab, Rachna Doab, Bari Doab and Bist Doab. The first three are in Pakistan and the last one in India. While the fourth, Bari Doab, is divided between the two countries.

These Doabs since the dawn of civilization, have been centres of important cultural and political activities. At the time of the invasion of Alexander the Great, Jech Doab was ruled by Raja Porus. After conquering the Gandhara region, Alexander entered the plains of Punjab, where Raja Porus was ready to give him a tough fight. This battle was fought somewhere near the eastern banks of the river Jhelum, hence called Battle of Hydaspes (Greek name for Jhelum). Alexander constructed a city, Nicaea, at the site of the battle. But that city has not been discovered or located as yet. Though some people believe that Mong, a village 5 kilometers north of Mandi Bahauddin is the place, where this battle was fought. Punjab as a whole has hundreds of mounds, which are sites of ancient cities and settlements that have not been explored or studied properly. One of those is located beside Lakhne Wala, a village near Mandi Bahauddin. It is known to be the likely place of the capital of Raja Porus. It is located at 32°36'59.35"N, 73°33'6.64"E. Just 5 kilometers to the northeast of Mandi Bahauddin. This is a huge mound, spread over an area of at least 50 acres. 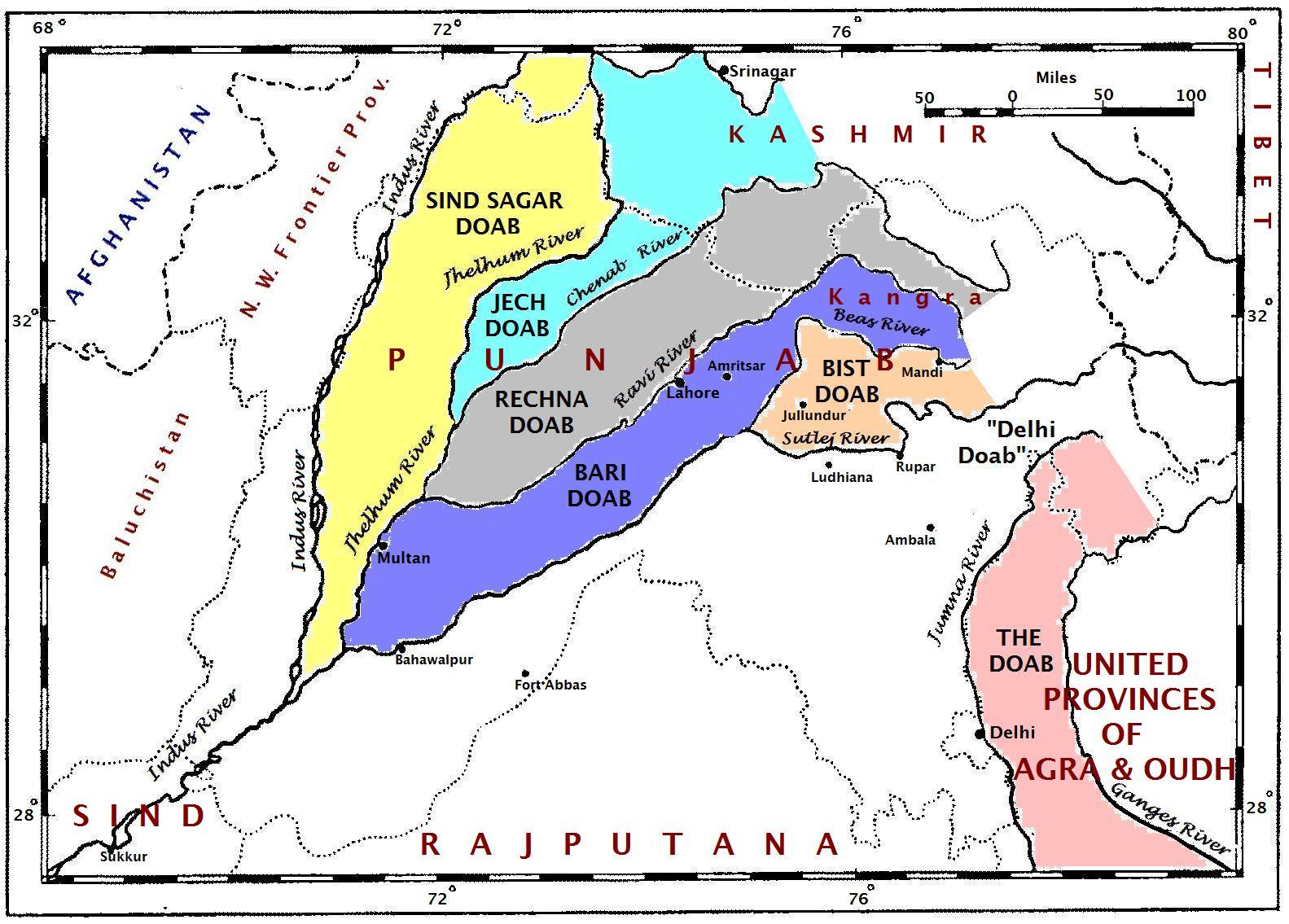 The famous politician and a prominent lawyer Mr Aitzaz Ahsan, writes about the invasion of Alexander and his battle with Porus, in his book "The Indus Saga and The Making of Pakistan" in the following words:

A the time of the Greek invasion Indus had for some time been a part of the Achaemenid Empire of Iran, and thus a part of the central Asian politico-cultural system. In 513 BC, Darius I annexed Indus to the umpire of the Great Cyrus. Indus was cut off from India. While India largely remained at the food-gathering stage, the more advanced Indus valley gravitated once again towards the markets of the rich slav-owning societies of western Asia, Persia and Mesopotamia.

It is little wonder, therefore, that after young Alexander of Macedon had humbled Persia under Darius III in 331 BC, he was compelled by the renowned wealth of the Indus satrapy to venture towards this rich outpost of the Persian empire. Alexander's journey was another manifestation of the innumerable ways in which Indus was already in contact with the peoples of western Iran.

Alexander crossed the mighty Indus in the Swat region and came upon Taxila. Here he obtained the willingly surrender of Ambhi, the King of Taxila. Ambhi's logic was simple: he yielded tribute, saying that since there was enough revenue for two kings, there was no gain in fighting over it.

Raja Poros ruled a substantial principality from his capital near the modern-day town of Manid Bahauddin in the district of Gujrat. The subdivision of the district, Phalia, recalls Bucephalus, the steed of the invader, and a massive mound near the village Lakhnewal, close to the town, is claimed by the villagers to have been the site of Poros' capital. Foundation digging has yielded some artefacts and, if one stands upon it and stamps hard with one's foot, a hollow thud travels an amazingly long distance. Standing upon it, you can also discern the contours of the now discarded channel through which the river must have passed, providing a natural, semi-circular moat for the capital city.

After the battle "What is clear from these traditions is that Alexander and Poros made an honourable peace and became friends. From the unanimous remark of these authors that Poros was reinstated in his state and the territories conquered by Alexander in India [meaning territories other than those ruled by Poros] were added to his dominion, it is also evident that the belligerents met together on a footing of equality before the issue of the battle could be precisely ascertained."

Sometimes even a wrong turn brings forth positive results. This is what exactly happened when in search of the above mentioned mound I turned towards a village Shaheedanwali, just a couple of kilometers out of Mandi Bahauddin city at 32°36'43.70"N; 73°31'24.58"E, we found an ancient mound, beside Shaheewanwali village. A part of this too is currently being used as a burial ground. A mausoleum of a saint is also located on the mound including many huge banyan trees. This mound covers a large area over 35 acres, just 2.5 kilometers west of the mound at Lakhne Wala. In the absence of any proper excavation, no information is available about its history or significance.

Near the mound we found a man relaxing under a tree, with his dog fast asleep beside him. We approached him to find some information about the mound. He could not tell us much except that it was indeed an ancient place. However, he gave us a very interesting piece of information. He told us that two or three hundred years ago, Lilla qaum (nation or tribe) lived on this mound and then due to troubles with a neighbouring village they left the place and migrated beyond the river towards Pind Dadan Khan. That was a big surprise to me and he was not less surprised when I told him that I belong to the Lilla tribe and my family still lives in Lilla.

Though so far no major archaeological discovery has been made, but the historian agree that the famous battle was fought in the same area. Perhaps some evidence still could be found of ancient cities if these all mounds are excavated and researched. The only physical evidence is a large monument built by the government of Greece near Jalapur in memory of the horse of Alexander the great, Bucephalas. This monument is located near Jalalpur at  32°39'53.30"N; 73°24'31.24"E. 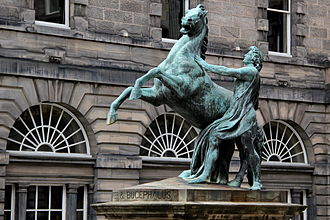 Monument and research centre, at the place where Alexander the Great, camped for two months before the battle of Hydaspes.

Alexander the Great is a very famous person all over the world. With some proper research and study of ancient sites, we can turn this area into a tourist attraction. But for that our archaeologists and historians need to do some research and the government should construct some monuments and provide basic facilities to the tourists.