During my exploratory excursions; I have had opportunities to visit many Gurdwaras. These all were had to abandoned after the upheavals of 1947. After the passage of all these years and neglect, many of them are in poor condition and occupied by many families. However, many of them are still in remarkably good condition and can easily be repaired, if someone wants to do that. The topic is indeed very complex.

As I mentioned many of these gurdwaras are still in good shape. For example gurdwara near Rohtas Fort, Mangat, Bhoman Shah, etc, unlike the one at Wazirabad or Jaisak, which are occupied by many families. But recently I visited a small town, Makhdoom Pur Pahuran and got one of the rare pleasant surprises. The gurdwara existing here, is known as Gurdwara Pehli Patshahi. That means it was built in memory of the First Guru Nanak Dev Ji. The following details are available on net about this Gurdwara, taken from the book Historical Sikh Gurdwaras of Pakistan, written by Iqbal Qaiser:

This holy shrine is located between Kabirwala and Khanewal. One can get a train Khanewal and a bus from Kabirwala or Mian Channu to reach this place. Makhdoom Pur Pahuran a well known town on the Multan-Delhi road built by Sher Shah Suri. The, town of Tulamba is at very short distance from Makhdoom Pur Pahuran.

Sat Gur Nanak Dev Ji set out from Pakpattan and reached a place near Tulamba where Sajjan and Gajjan (uncle and nephew) had set up a trap in the form of a caravan inn. They used to rob and kill the travellers. They made an attempt to trap Guru Nanak Dev Ji but failed. Sat Gur Nanak Dev Ji created this Shabd here. Bronze is bright and shiny, but when it is rubbed, its blackness appears. Washing it, its impurity is not removed, even i f it is washed a hundred times.

Hearing this Shabd Sajjan, a cut throat, became a friend of Guru. Sajjan's inn was converted into a Gurdwara to commemorate this event. This place is beautifully built. Its boundary runs around in area of two ghumaon with Gurasthan at its centre: There used to be a big tank west of it which has now been levelled. Rooms for the stay of Sangat have been built along the boundary wall. There are green trees, flowery creepers, rose, jasmine and other plants whose flowers blossom all around .

At present Govt Higher Secondary School is housed in this building which enlighten the ignorant. Bhai Judh Singh, disciple of Sat Guru Har Rai Ji was a resident of this village. This new and beautiful Gurdwara was built by one of his descendants in Samvat 1970. 20 squares of land is endowed to the shrine. Visakhi fair is held. 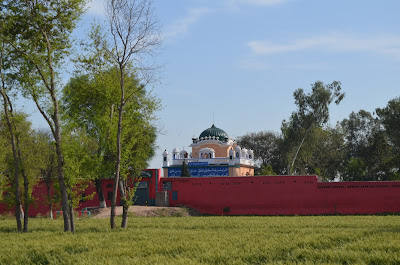 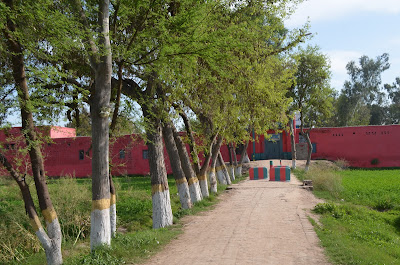 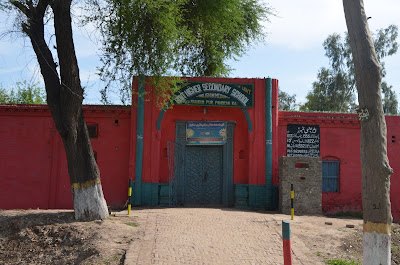 Gurdwara of Makhdoom Pur Pahura: Main Entrance of the school / gurdwara (22.03.2016.)
Name of "Baba Jayaram" is written on this beautiful wooden door. 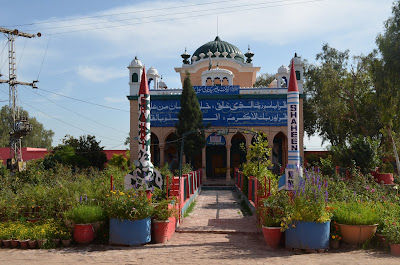 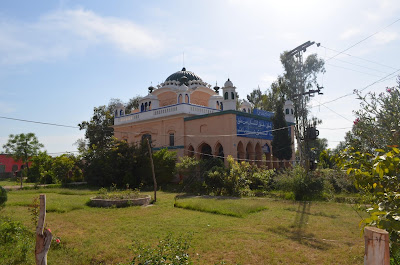 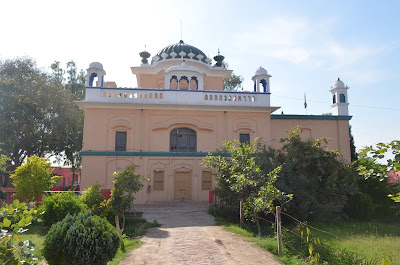 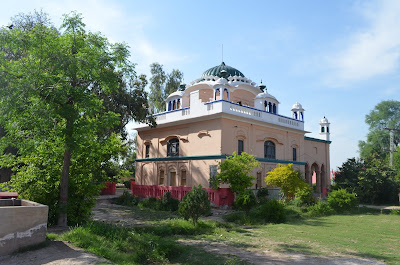 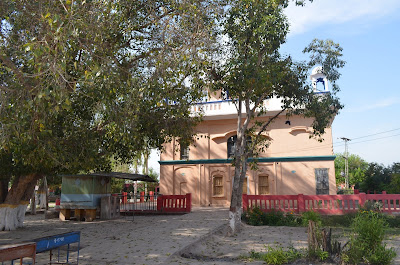 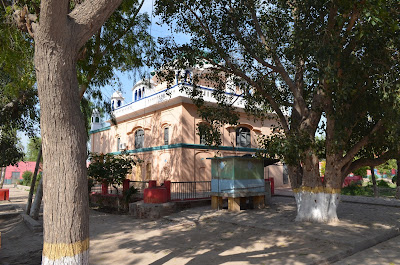 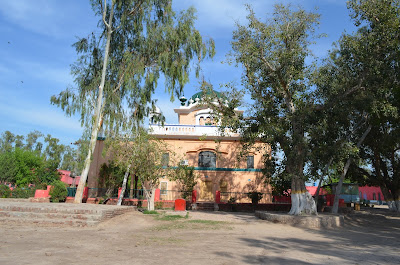 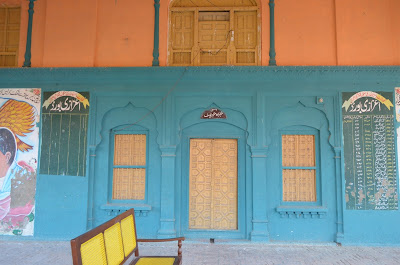 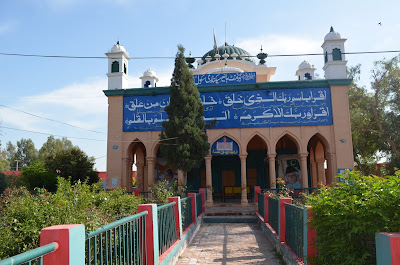 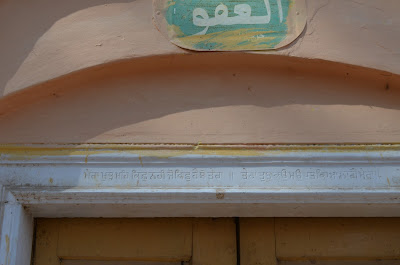 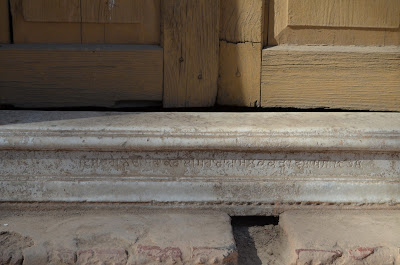 Gurdwara of Makhdoom Pur Pahura: Gurmukhi inscription on the backdoor (22.03.2016.) 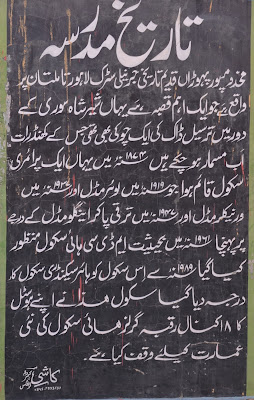 History of the School:

Makhdoompur Pahuran is located on the ancient Jarnaili road, from Lahore to Multan. Which is an important town. Here once existed a dak post, during the reign of Sher Shah Suri, ruins of which have now fallen apart. A primary school was established here in 1874, which made progress and attained the status of lower middle in 1919, vernacular middle in 1937 and English middle in 1947. In 1961 it was given the approval of being MDC High School. In 1989, it was given the status of Higher Secondary School. This school has donated 18 Kanal (2.25 acres) of its land for the new building of the Girls High School.

It is obvious that the establishment of a school, instead of handing it over to private persons, saved this gurdwara from destruction. Now, the office of the principal exists in the gurdwara building. But I reached there at 1500 and the school was close at that time. Luckily I found some teachers inside, who showed me the gurdwara. But unfortunately the peon, with keys, already had left and his phone was switched off. Hence, I could not enter the building, which is as beautiful from inside as it is on outside. Sarovar of the gurdwara existed on the west side of the central building. Now the rooms along the four sides, serve as the class rooms. Atmosphere inside was very pleasant. The building looks even more beautiful by surrounding trees. I wish I could have entered it. May be next time.