After the results of National Assembly, I am posting the results and maps of Punjab Assembly. The map given below shows constituencies won by the different parties in Punjab. 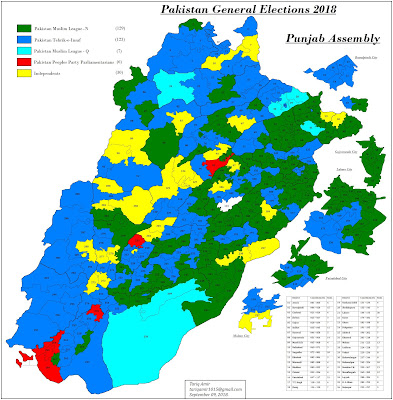 The following table and three maps show the performance of three main parties in Punjab. 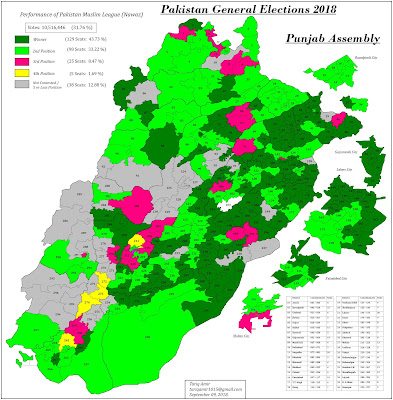 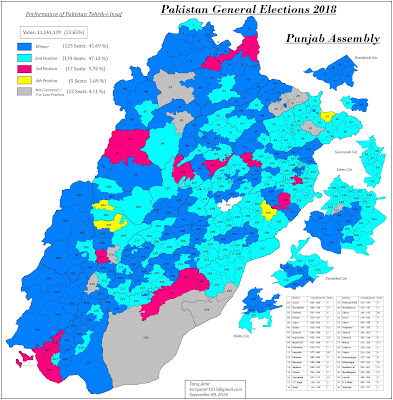 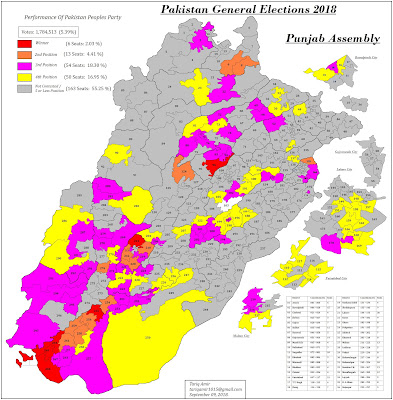 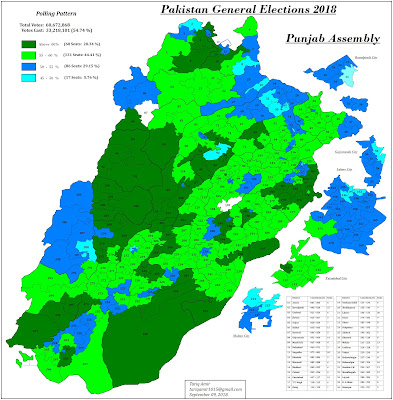 My main source of the data is the official website of ECP. But I regret to say that besides form 47, which I used to collect the data, no other compilation or analysis is given. Even the basic information like total votes cast is not given. Some information I found to be even wrong. Then there are many forms 47, which are so poorly scanned that they cannot be read.

However, my basic purpose was to share the maps. I hope my readers will help me in improving it further. Now the next post will be about the Sindh Assembly.