The Salt Range is area littered with ancient ruins, pre-historical sites and and many historically significant places. One of these Kusak Fort. Its history is long and has always been a stronghold of Janjua tribe. On 24th November, 2012, the Dawn newspaper published an article about this fort, written by Mr Nabeel Anwar Dhakku. An excerpt from this article is given below:

"As the Salt Range served as an ideal pass for invading kings from Turkey, Iran and Afghanistan, the Kusak State was attacked regularly with its rulers trying their best to save their motherland sometimes by responding the foreign invaders with the same coin and sometimes by making alliance with them to help them in establishing their domain in India. According to historians, the Kusak State suffered a brutal blow when Jalaluddin Firoz Shah Khilji, the first king of Khilji Dynasty in India, attacked it in 1290 AD. After receiving a crushing defeat by Khilji, the Janjua Rajputs reestablished their hold in the area by the passage of time. The Kusak State was about to be destroyed again in 1398 AD when Amir Taimur started marching towards it but the then ruler of the state along with Janjua Sardars assured the invader that they would provide him logistic support in conquering Delhi. Thus he spared the fort from the attack.

The year 1810 proved worst for Janjua Rajputs as in the first month of this year the founder of Sikh Empire in Punjab, Mahraja Ranjit Singh, besieged the fort. The then king of Kusak State Sultan Fateh Mohammad Khan gave a tough time to Ranjit Singh.

The Sultan kept on fighting for six months and kept Ranjit Singh at bay. Finding no other option, Ranjit Singh had to strike a truce with Sultan Mohammad. However, the long siege of six months cast heavily on the lives of the inhabitants of Kusak Fort as they ran short of drinking water and food. Having left with no other option, the Sultan along with all other members of his tribe relocated to Haranpur and stayed there for 40 years. The Sultan died in Haranpur in 1830 and his family returned to their motherland in 1850 where they laid the foundation of Lehr Sultanpur village which is adjacent to Kusak village. The lost Kusak State remained in the possession of Sultan Fateh Mohammad Khan’s siblings and is still owned by his successors.

Sultan Mohammad Hayat became a member of District Council Jhelum and was also elected as the chairman of Union Council Choa Syedan Shah during the British Raj. After his death, his son Sultan Azmat Hayat was crowned as the Sultan of the state. He was also elected as an MPA from the platform of the PML-N in 1997. After his death in 2003, his son Sultan Mohammad Azamul Ameer became the owner of the Kusak State.Currently, Sultan Ameer is in United Kingdom for his study while the state is being looked after by his sister Mehwish Azmat Hayat who is an active leader of the PML-N and also one of the inspirers for the ticket of MPA from PP-21 (Chakwal-II) in the upcoming elections.

She may be taking care of the people of her area but the present plight of the historic Kusak Fort has yet to get her attention. The ponds at Kusak Fort have been filled with grass and their walls crumbled. The palace, the 70 houses for soldiers, the two gates and warehouses are no more their but their remains. Only a temple built for Hindus stands there but it is also crumbling. The stones from the wall of the fort are also falling down. The whole area of the fort is covered with thick grass and bushes." 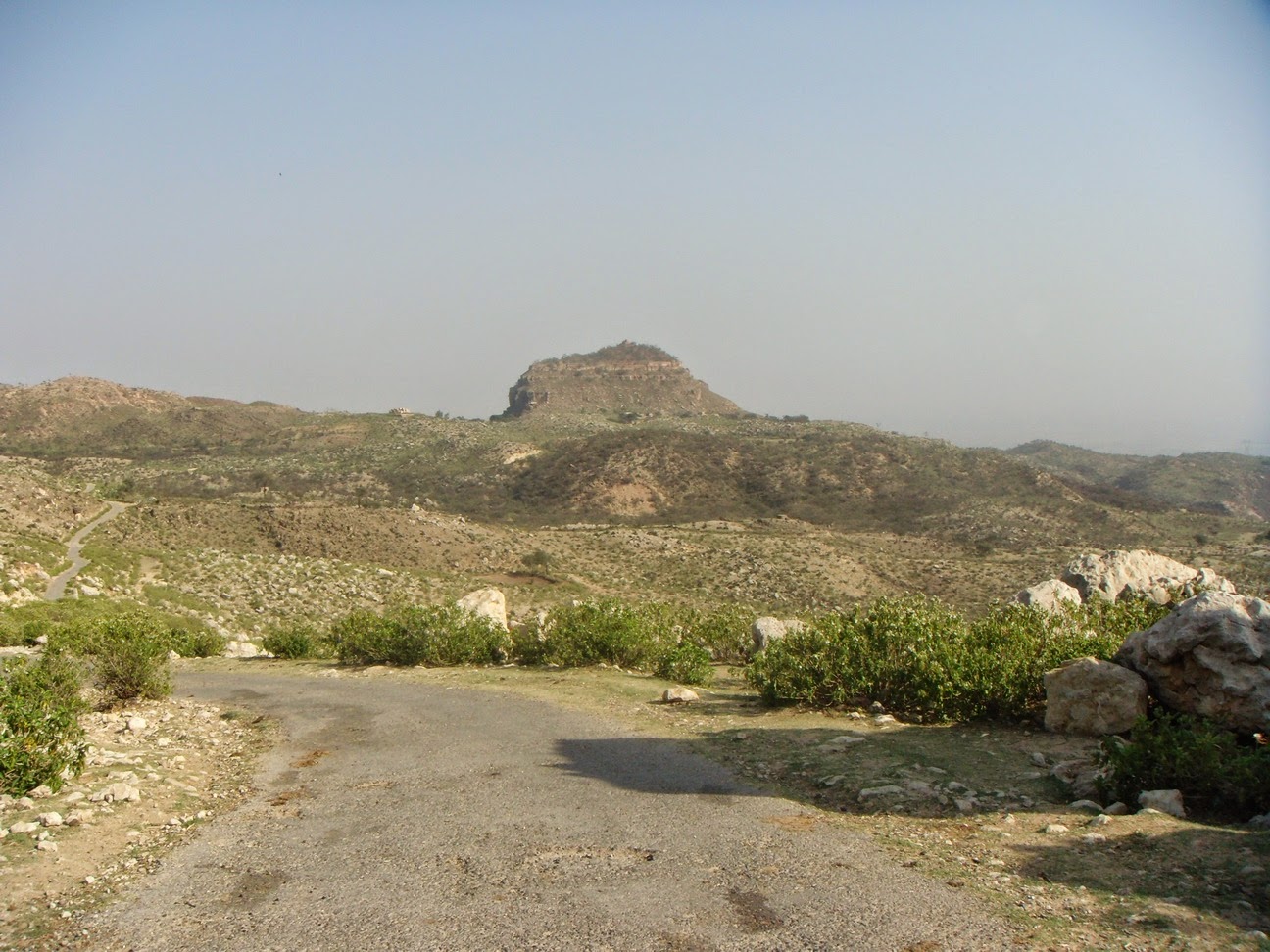 A view from a distance of the Kusak Fort. 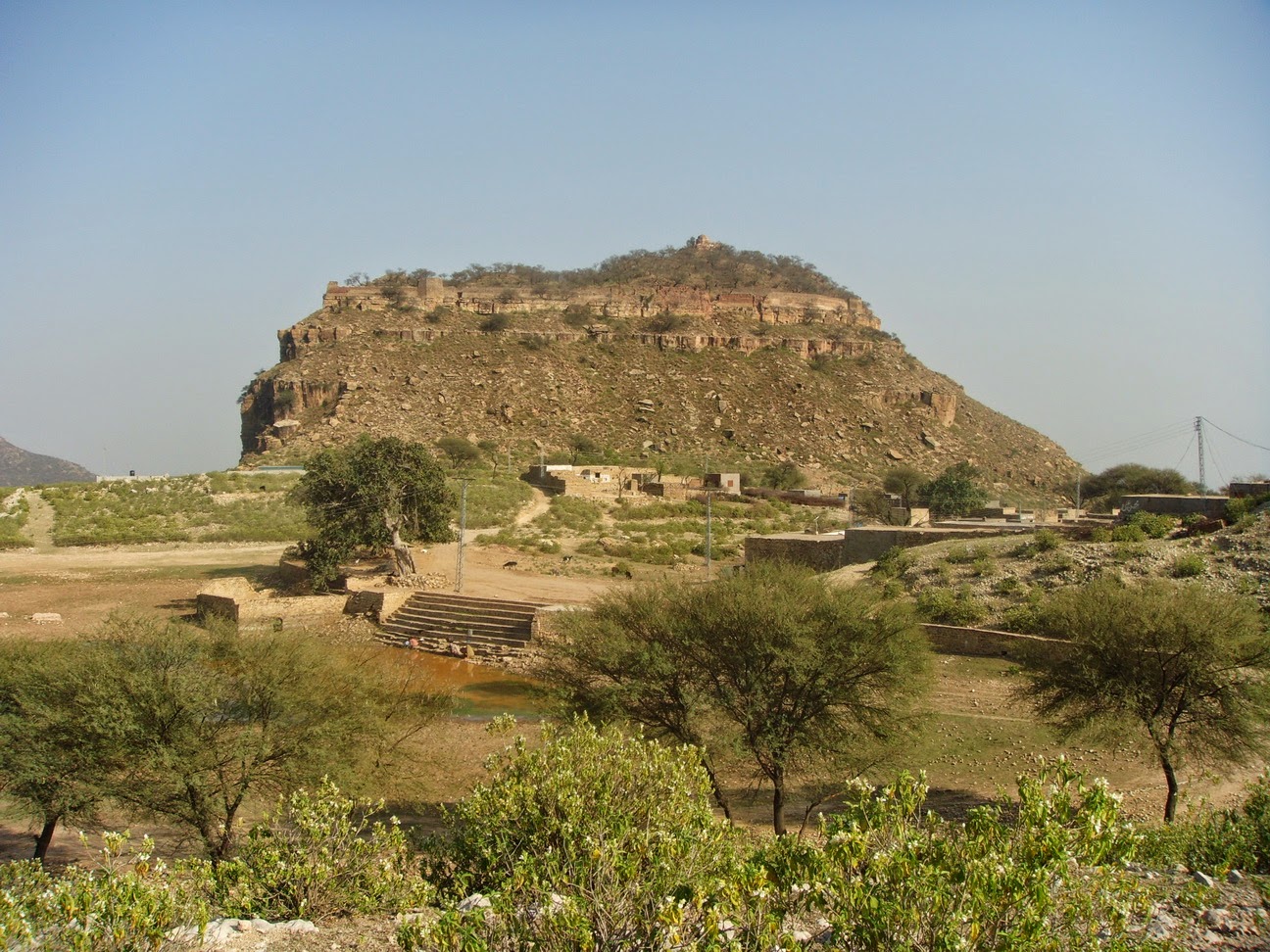 Kusak Fort with a pond in the foreground. 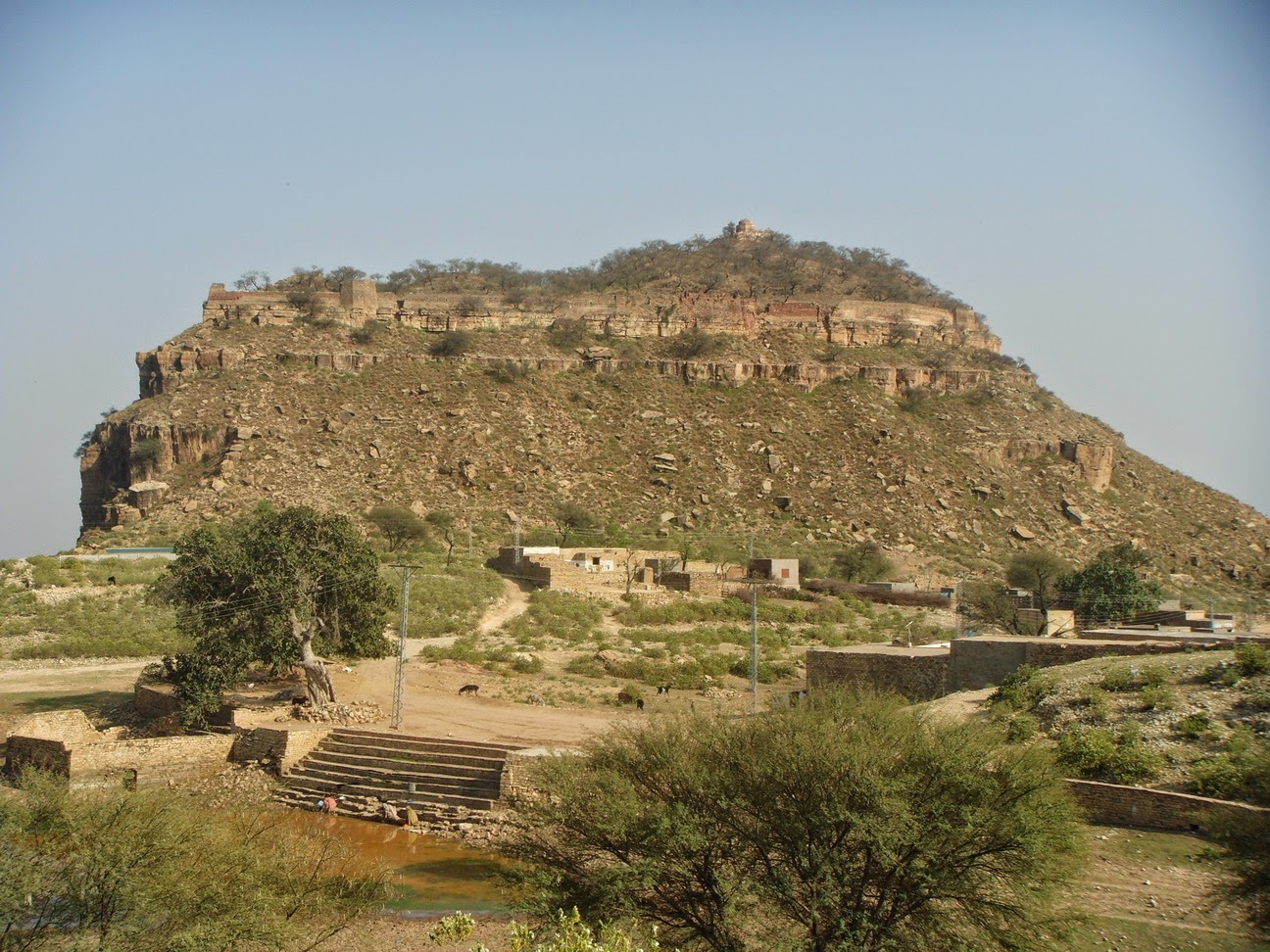 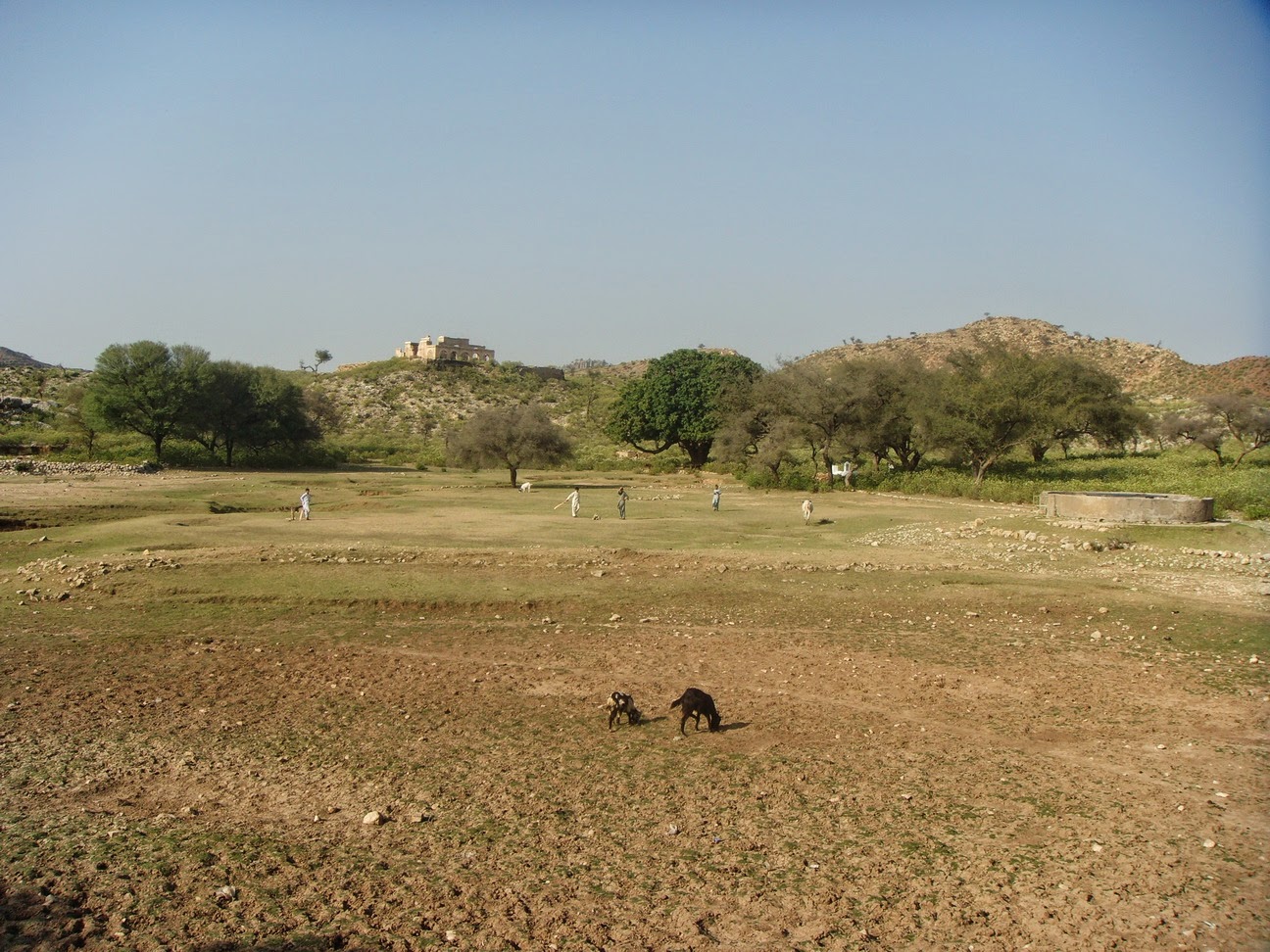 An open field with ruins of a guest house on the hill. 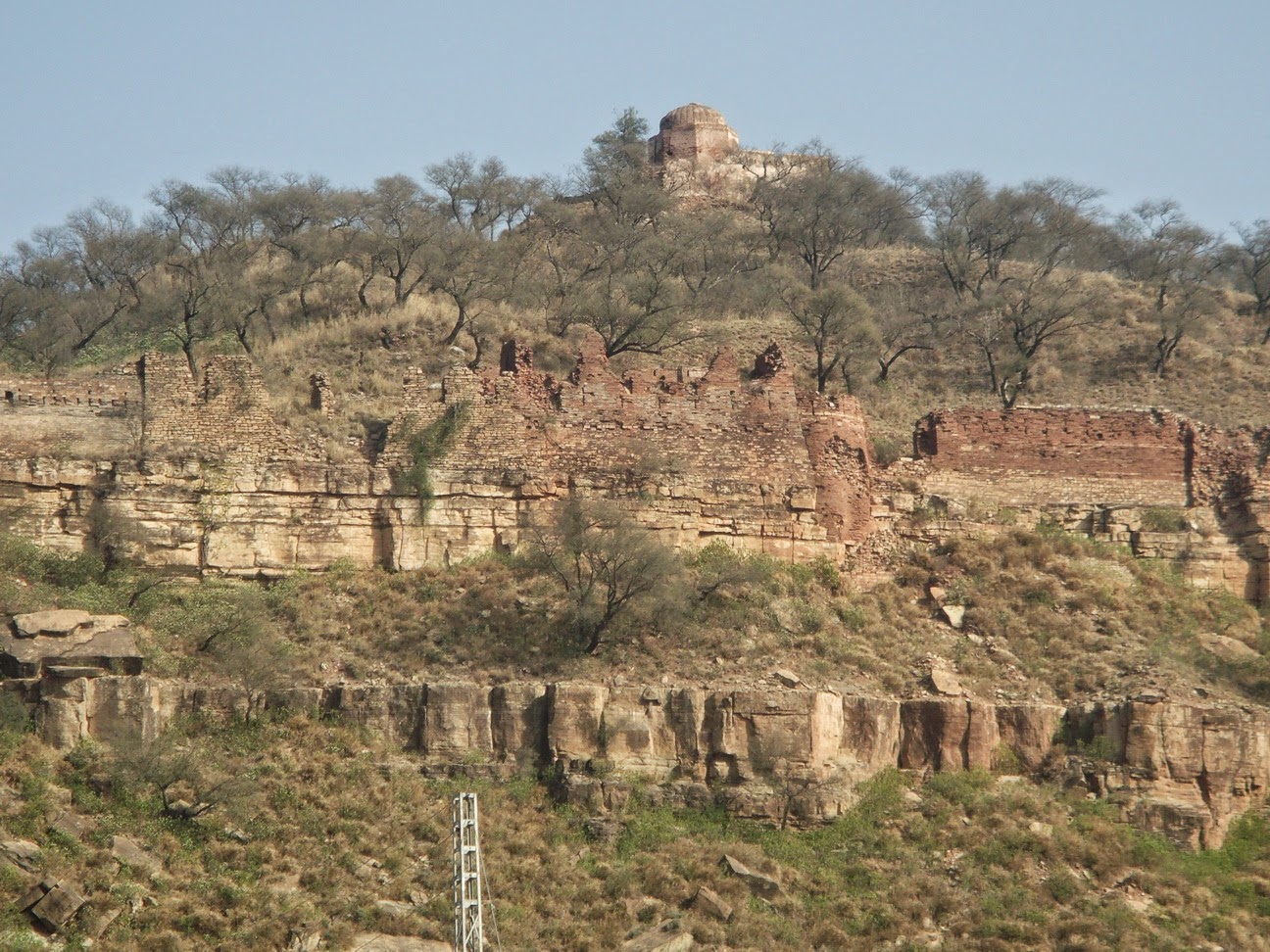 Some remnants of the wall. 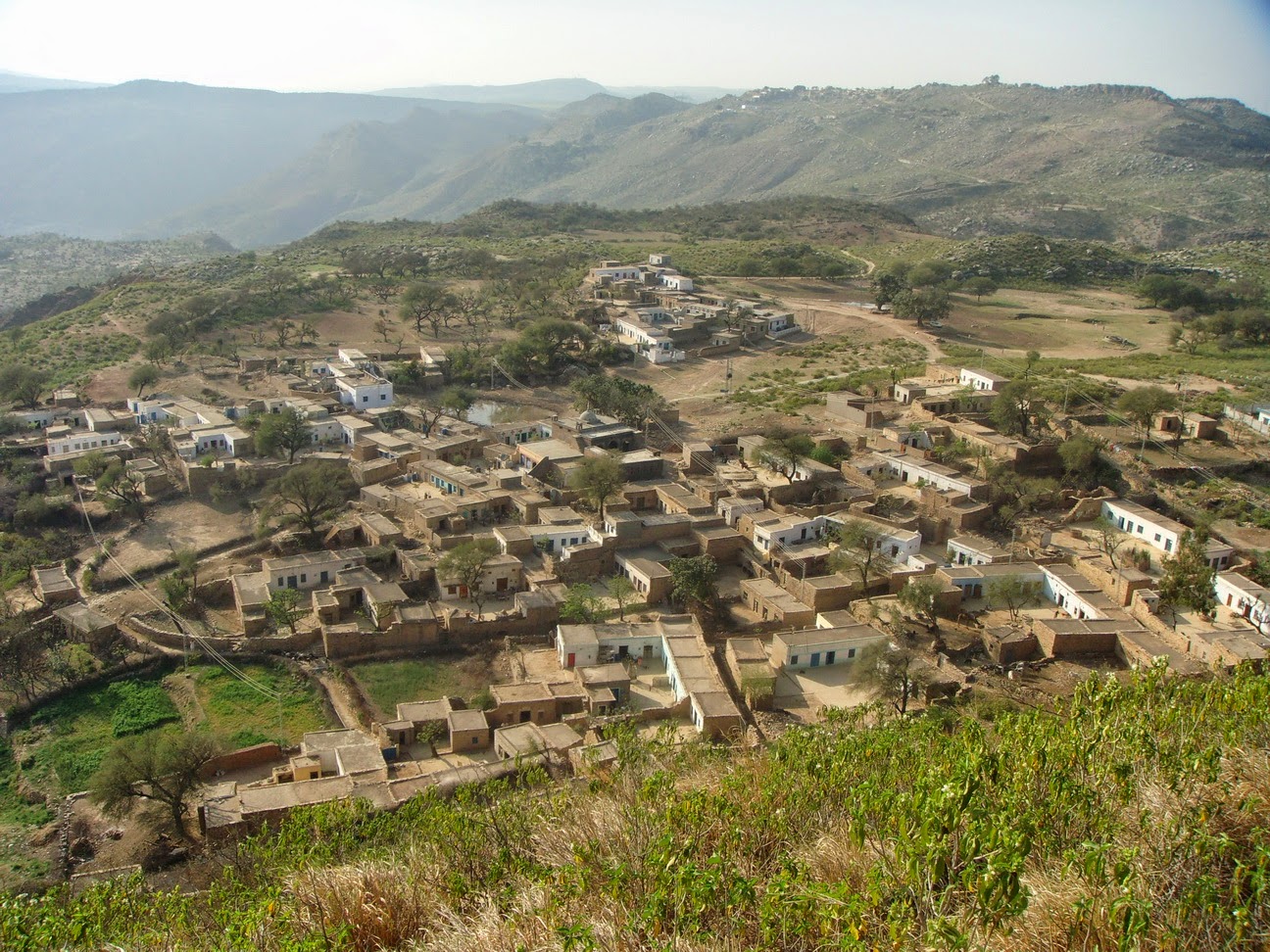 View of the Kusak village from the fort. 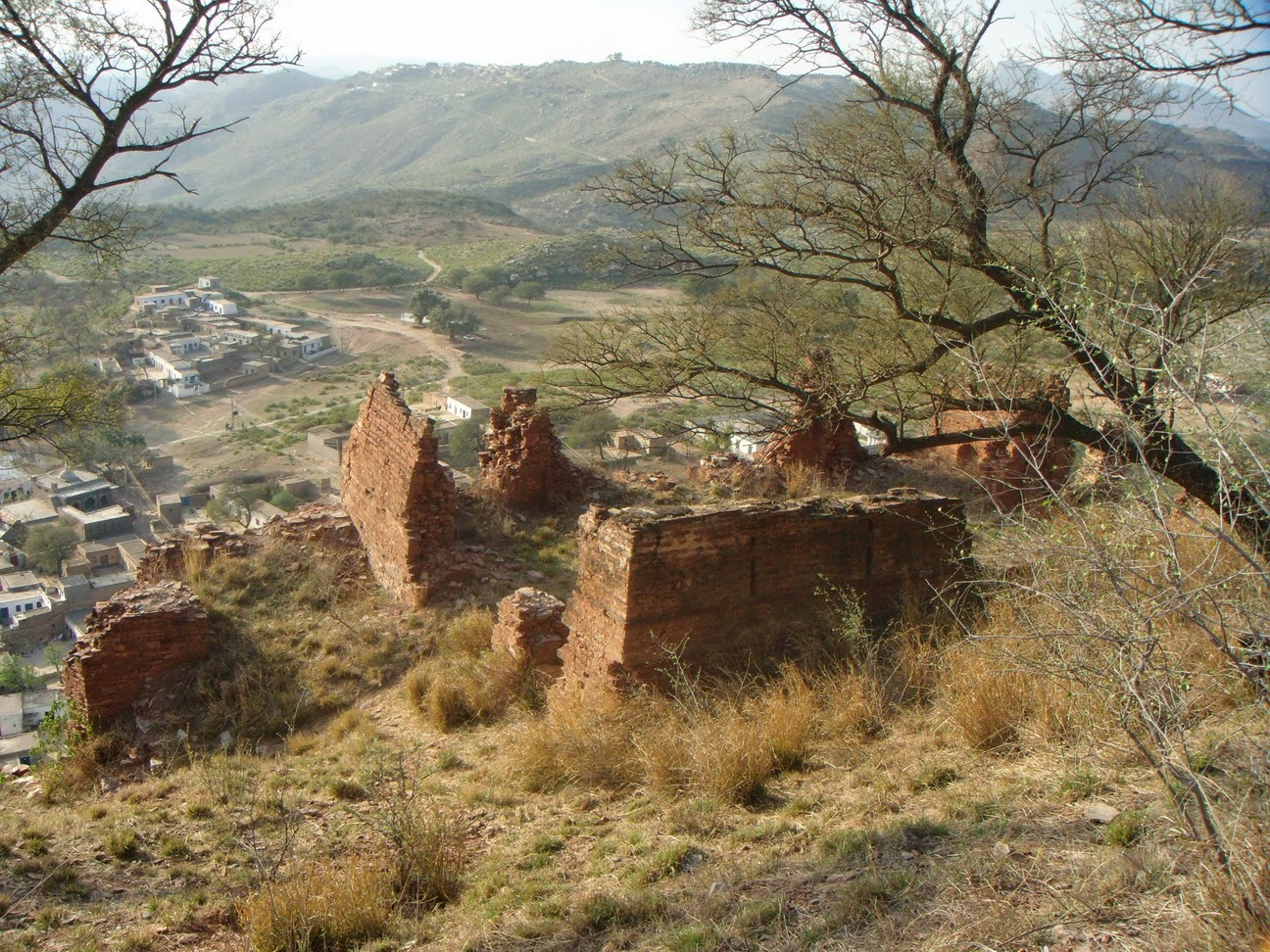 Ruins in the fort. 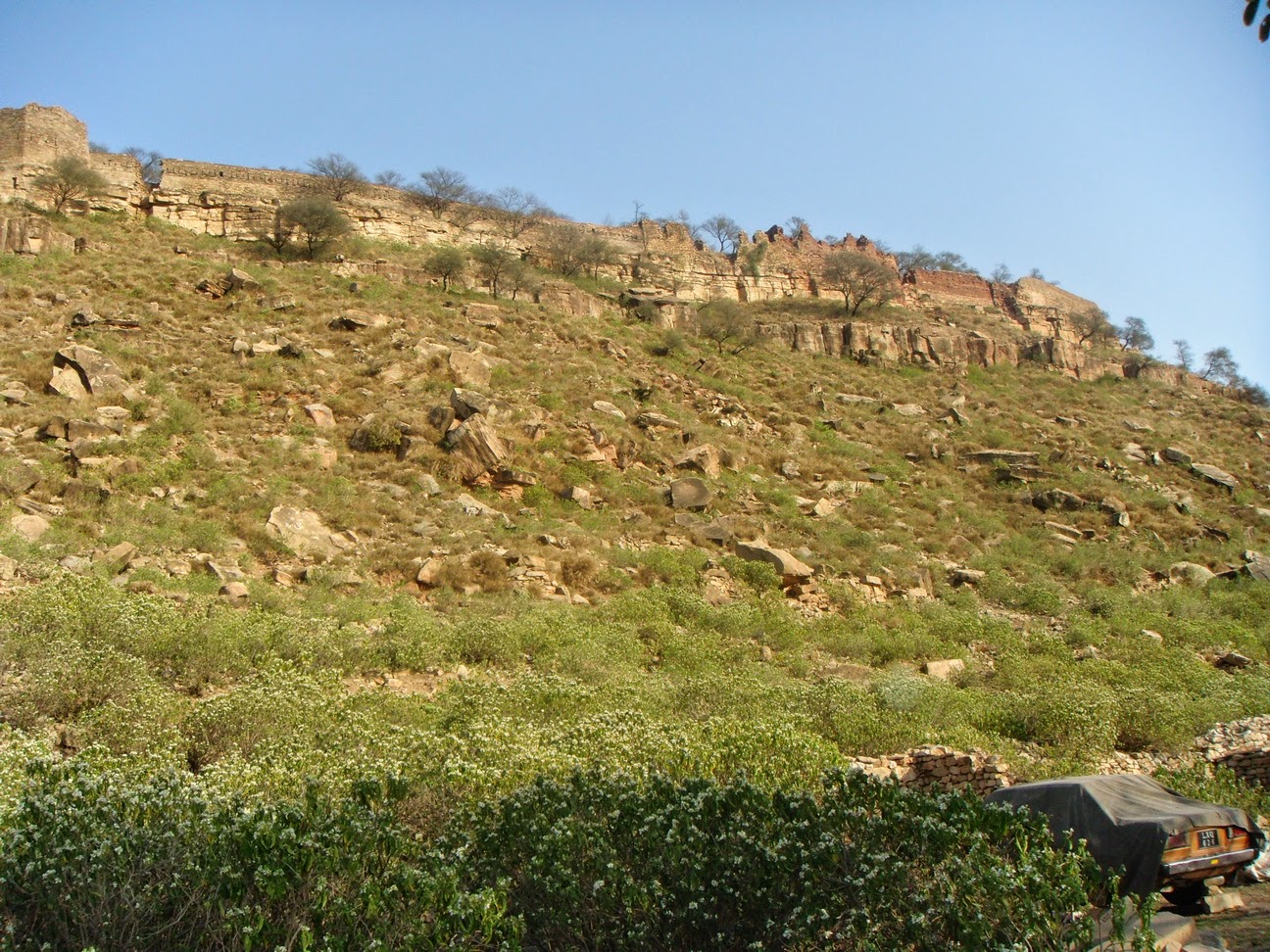 Portions of the wall. 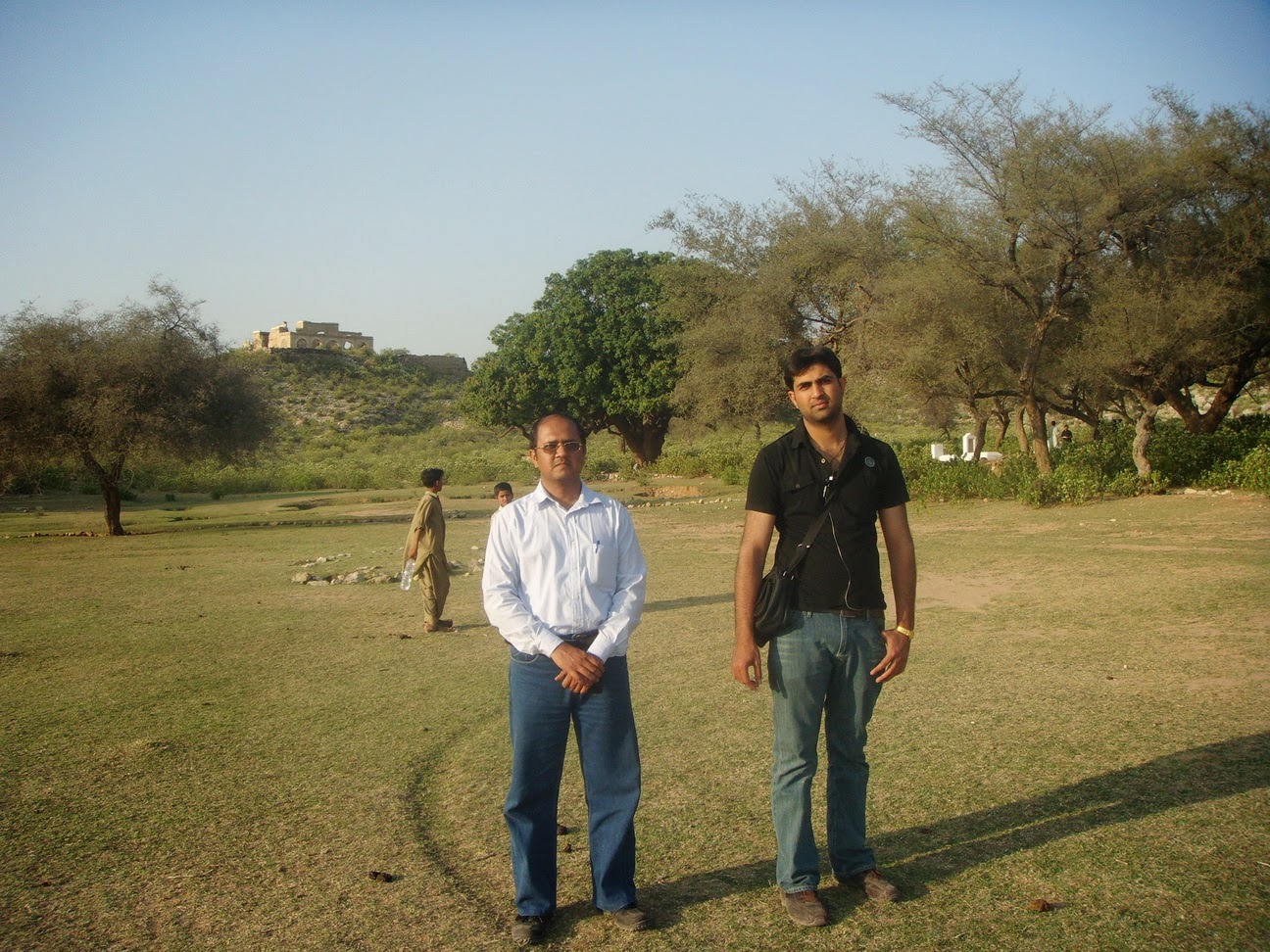 Me and Saala Sahib (Mr Umair Riaz, on the right) 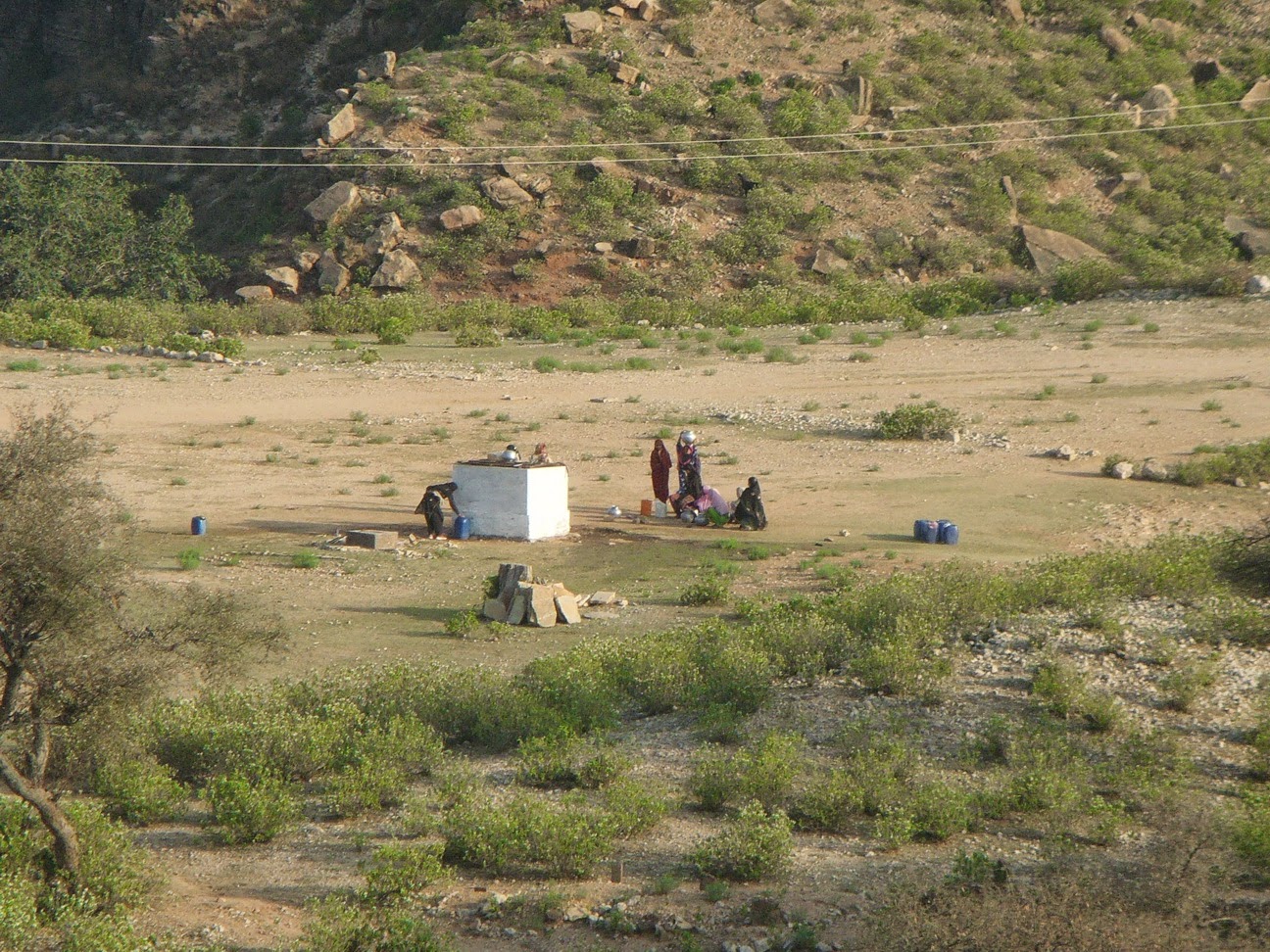 Women of Kusak busy in their chores. 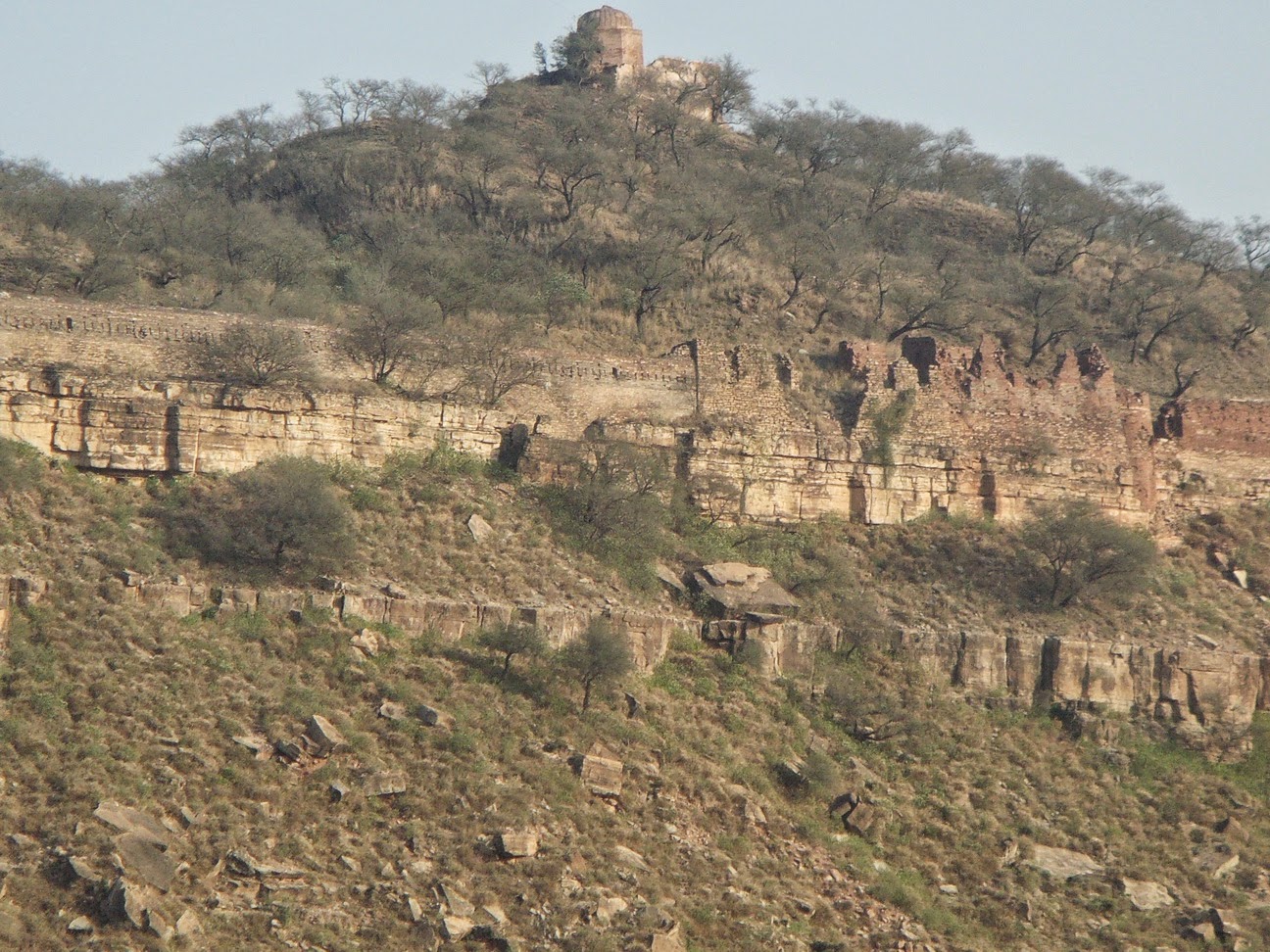 Hindu temple on the top. 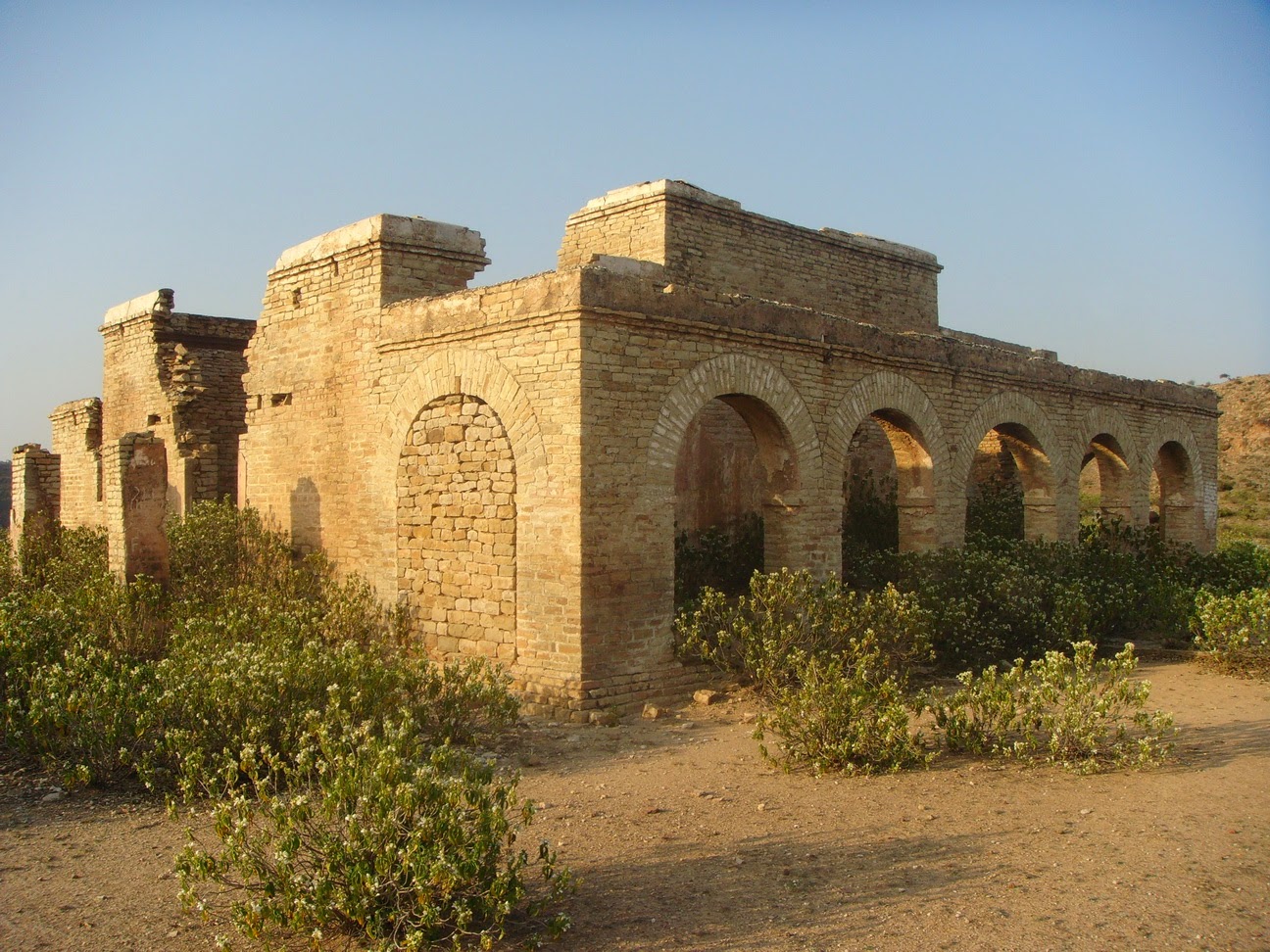 A nearby old rest house. Not in use anymore. 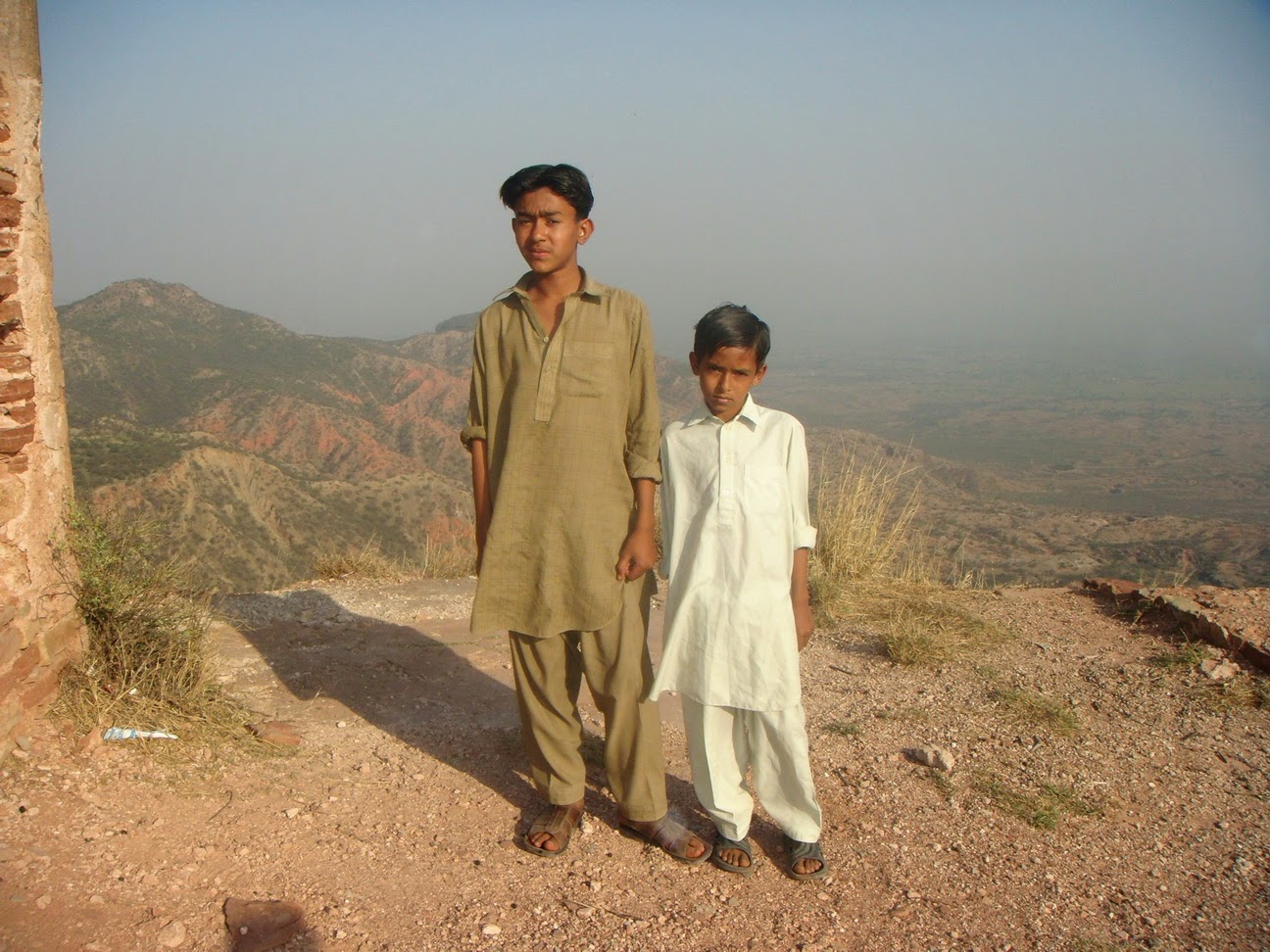 The cutest guides in the world. They took us to the fort. I forgot their names, God bless them.

The fort is located about ten kilometers away from Choa Saidan Shah at 32° 42' 31" N, 73° 03' 56" E. The road is rough, especially the last couple of kilometers were just a track when I visited this place on 13th March, 2009. The Forts itself is in a very bad condition and clearly nobody has taken any care during the last two centuries. There are just a few remnants of the defensive wall. Besides that there is only a small building of a Hindu temple on the highest point of the fort. Nothing else, at all. Same neglect I have seen at all places I have had a chance to visit.


View Kusak Fort in a larger map
Posted by Tariq Amir at 12:58